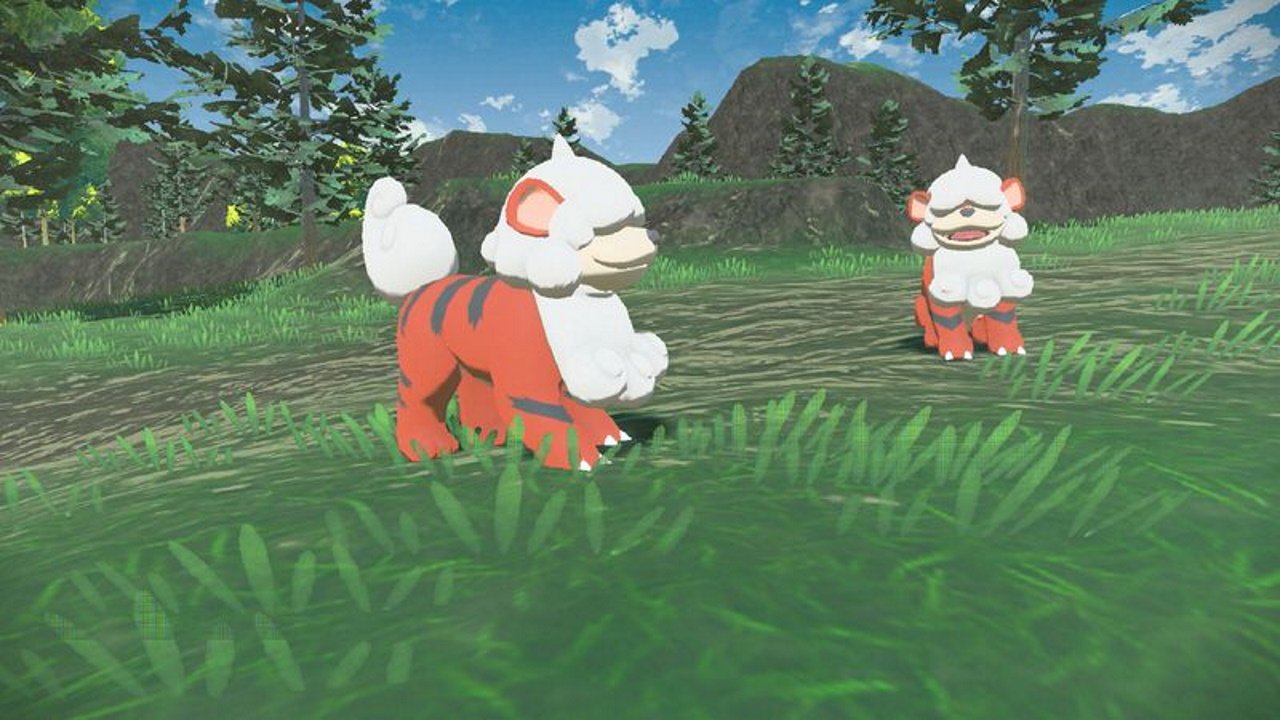 Where to find Growlithe

The best place to find Growlithe in Pokémon Legends: Arceus is on the Cobalt Coastline. To find the small critters, you’re going to need to head to Vailstone cape, which is the large cliff section jutting out into the water. Head north from Beachside Camp And follow the path up the cliff face.

Once you reach the top, keep heading forward to the very end of the cliff. There’s likely to be an Alpha Purugly in your path, but you can slip past it using the grass either side if you’re not up for a fight. You’ll find Growlithe toward the end section of the cliff, as highlighted on the map below.

Typically, you'll find a lone Hisuian Growlithe close to some Glameows. There's also a Vuplix in the area which is well worth catching, too. As Pokémon go, it’s fairly rare spawn, so you may need to leave the area and come back or skip through times to get lucky if you fail to catch it first time.

There’s plenty of grass in the Growlithe location, meaning you can easily sneak up to throw food and land a back strike. Using a Heavy or Leaden Ball from behind while the Growlithe is distracted should pretty much guarantee a catch so long as your aim is true.

Once you find a Growlithe in Pokémon Legends: Arceus, we’d advice catching a few to track down one with superior stats. If not, you can also make use of effort boosters like Grit Gravel gained from mass releasing to help it level up effectively. While you’re in the Coastlands, make sure you track down the missing Wanda, too. Otherwise, head to our Arceus hub page for all our guides, tips, and tricks for the game!