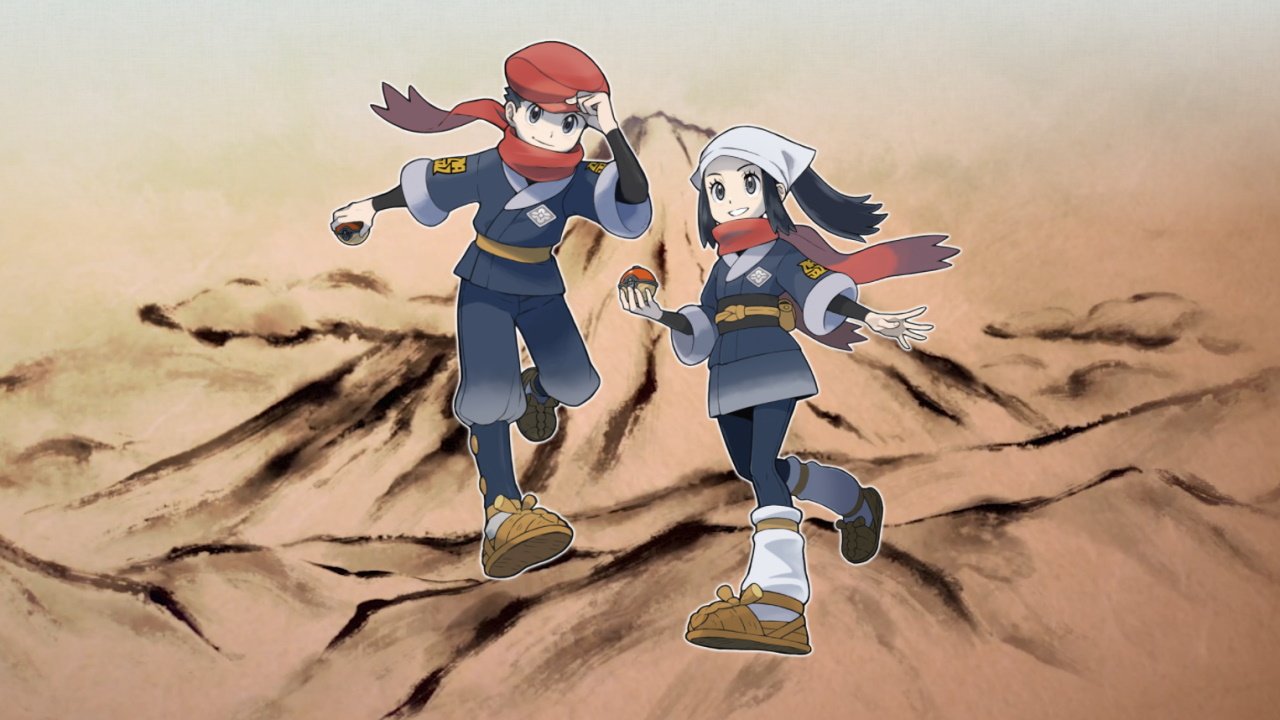 It might seem trite to say, but Pokémon really has evolved with the launch of Pokémon Legends: Arceus. There’s a lot to get used to for both newcomers and series veterans, and the game doesn’t explain all of it’s fresh features in detail. So if you’re looking to set forth into the untamed lands of the Hisui region, these nine key tips for Pokémon Legends: Arceus will get you up to date with this very out-of-date period in Poké-history.

1. Get used to being a grass

Typically, the Pokémon series has seen its collectable creatures as the main denizens of overgrown lawns, waiting to ambush any trainers who step into their domain. In Arceus, that role is reversed. Pokémon are now out in the wild, which means you’ll be the one sneaking around trying to catch them.

Use long grass as much as you can to sneak up close to Pokémon, especially the larger Alpha types with their glowing red eyes. This will let you observe them to assess their level, and also plan out how you’ll strike.

The general approach you’ll want to get used to is this: Sneak up close, toss out some food, then hit the Pokémon in the back while it’s distracted. Striking from behind makes a distinctive sound, and also increases the chances of a clean catch. Even if you are planning to battle, doing so will take your opponent unawares, giving you an extra turn to unleash your moves without retaliation.

When you do pick a fight in Arceus, make it a habit to check the turn order by tapping Y mid-battle. This will open a list in the top right of the screen showing the sequence of upcoming actions.

If your Pokémon master moves – either by leveling up with them equipped or by spending a Seed of Mastery at the training grounds – they can swap to Agile or Strong stance. Using the former can often net you two actions in a row, allowing you to combo status effects or attacks for rapid takedowns.

It’s easy to lose hours exploring the wilds of Hisui, meaning you’ll probably want to push on with the main story when you finally come back to base. But you shouldn’t skip over the requests you receive either. The people of Hisui, cowardly as many of them are, will ask you to complete loads of little tasks over the course of the game.

Most offer up small rewards in the form of resources, but some will unlock fresh content like new outfits or new stock in the general store. Crucially, you can also obtain evolution items or effort boosters such as Grit gravel. One key request sees you hunting down wisps for an unsettling child. She may be creepy, but returning each time you snag a handful will see you rewarded handsomely.

Pokémon aren’t just for fighting – they’ll also do your hard work for you. Scattered around each Region in Pokémon Legends: Arceus are interactable objects you can scavenge from. The game will teach you to knock fruit from trees by tossing out a Poké pal, but they’re good for so much more than that.

Crystal and metal deposits can be broken, large rocks shattered, and even leaf piles blown away to offer up valuable resources. Put simply, if something looks distinct, try throwing a Pokémon at it.

Using Pokémon in this way is a great method to build up friendship levels and experience for weaker team members, too. If the object in question is wiggling, you might even find another Pokémon hiding away inside. Though don’t hopes up for a cherrim, that little fella is impossible to locate, seriously.

5. Spot shinies from their sparkle and noise

Shiny Pokémon are, of course, a part of Arceus, but they’re now even easier to spot if you’re paying attention. You see, what the classic games didn’t teach us is that shinies know they look good, and can’t resist showing it. In addition to color swaps, shiny Pokémon can be spotted, and even heard, from a distance thanks to the little dances they perform.

Here a little jingle in the distance and you’re likely close to a shiny Pokémon strutting its stuff. They stop every few seconds to pose in a star-spawning manner, and when caught, you’ll see a sparkle indicator next to their name. You know what, you rock your stuff, shinies.

If you're desperate to track down a shiny or two, Mass Outbreaks are the ideal opportunity. They’ll see huge numbers of one Pokémon spawn in a region, increasing your odds of coming across that sparkling new associate.

6. Enjoy nature with some HyperX Earbuds

To properly immerse yourself in the calls of wild Pokémon while you’re out in the real-world wilds, we’d also recommend picking up some quality headphones like the HyperX Earbuds. Designed for the Nintendo Switch, these unobtrusive ear pieces pack enhanced bass so you can enjoy the full rumble of a Rhyhorn’s roar when gaming. Arceus' soundtrack is glorious when it gets going, so treat your ears to the chance to enjoy it properly.

You’ll be catching a lot of Pokémon in Legends: Arceus, but digital storage space is – ooh, we’re guessing – around two to four hundred years off being invented. All the Pokemon you aren’t currently using are therefore bundled into Pastures, accessible through a friendly lady in Jubilife Village.

Once you fill up four full pastures, however, you’ll unlock the ability to mass release Pokémon, and you should absolutely make use of it! Letting your captured critters back into the wild isn’t just the moral thing to do, it’ll also reward you. The number and level you release will grant Grit rewards that can then be used on enhancing the Pokémon you actually want in your squad. Just make sure you clear up any relevant requests before you ditch the Pokémon they relate to.

Once you enable internet connection, you’ll start to see lost satchels popping up on each outing. Rather than missing items from Jubilife residents – lord knows there’s enough of those – these are actually the places in which other players fainted while on expeditions. Collecting them will return the contents to their owner, but more importantly, it allows you to claim Merit Points.

They might not seem important early, but the Merit Point vendor in Jubilife is one of the only ways to obtain certain evolution items like the Linking Cord. Start saving early and you won’t need to grind to evolve the likes of Graveler and Haunter when the time comes.

9. Space-time distortions are the best way to make money

You’ll get paid for your work completing research tasks. But let’s be honest here, just like in real life, a research student is rarely funding serious shopping sprees. If you’re looking to swipe your historical Poké Amex in Jubilife’s fashion sector, you need to start hitting up space-time distortions.

These otherworldly domes are filled with both risk and reward. A short while after forming, distortions will spawn waves of higher-level Pokémon whenever you enter. Tempting, but we’re not here for them. Instead, you should hop on a mount and gobble up all the shards and rare items which appear as well. Grab as much as you can carry, then make off with your loot.

Pick up the Star Piece recipe from Jubilife’s craftsman, and you can start converting those shards into cold hard cash. Now, if you’ll excuse us, we have some fancy kimonos to peruse.

Those are all the Pokémon Legends: Arceus tips we’ve got for exploring the Hisui region. Discovered any must-know secrets of your own? Share them in the comments below! You can also head to our hub page to find all our guides for the game.