Including an FPS, a strategy game, and a sequel to Jedi: Fallen Order. 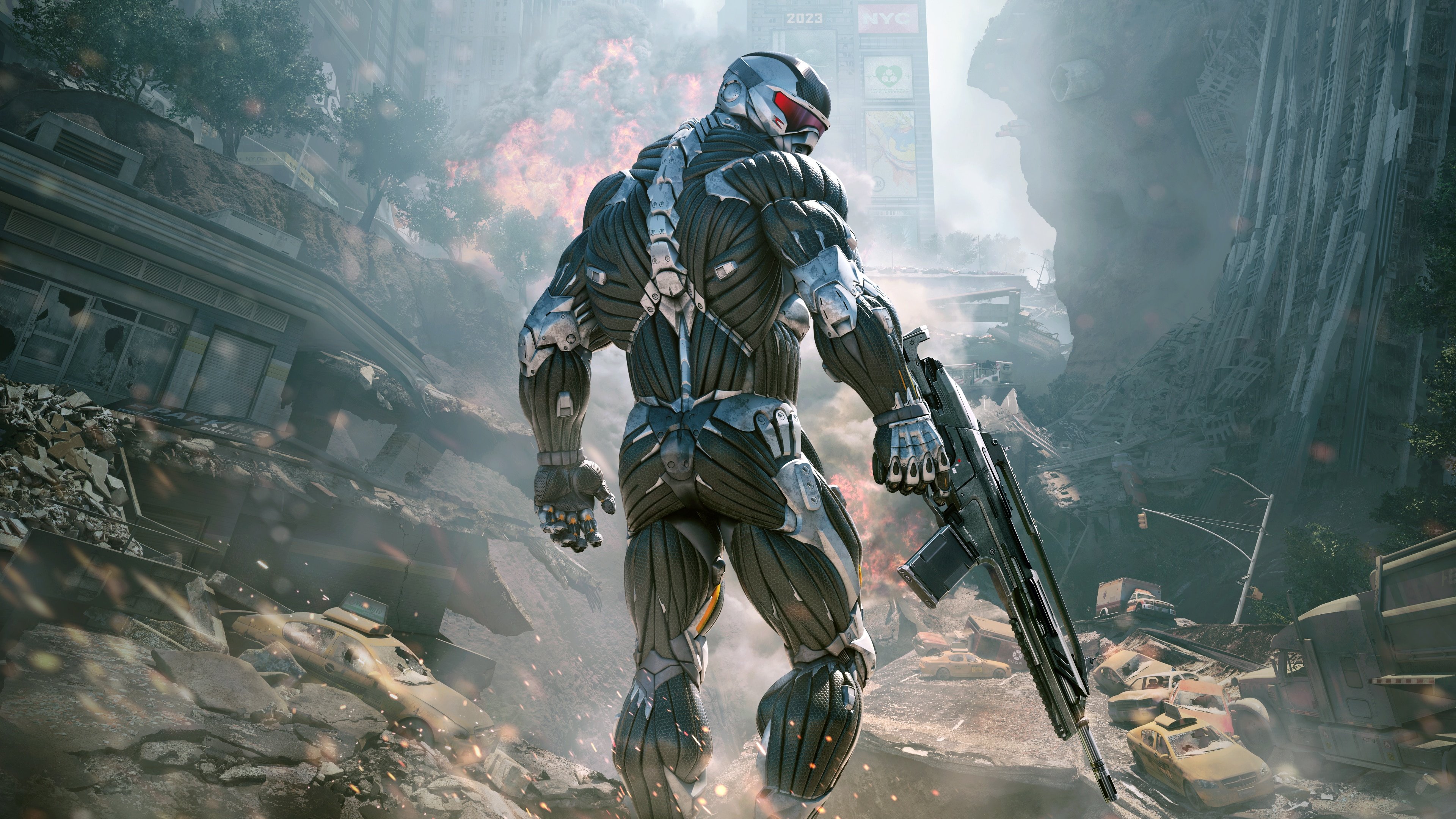 Horizon Zero Dawn story recap: What you need to know before Forbidden West

Crysis 4 has been revealed in a short teaser trailer released today by Crytek, marking the first new entry in the series since 2013.

Well, the teaser technically only features the number "4" so either it's Crysis 4 or they're skipping The Climb 3 or somehow going straight to Ryse: Son of Rome 4? Let's just say it's statistically probably that it's Crysis 4 given that's the only game series in the Frankfurt studio's catalog that's reached the fourth instalment.

It's time to join the journey and be the hero.

Plus the teaser has a single frame of the nanosuit helmet and a suspicious number of hexagonal lattices being constructed at a molecular level. Pretty sure it's Crysis 4 here, folks.

Oh, also a post from Crytek's official account on the Chinese social media site BiliBili before the teaser trailer appeared elsewhere mentioned that there would be a Crysis 4 announcement soon. "The 'Crysis 4' project is confirmed, opening a new nano battlefield!" the post reads, according to Google Translate. "Follow @Crytek_Official, we will continue to update you with the latest news." That's pretty conclusive then.

And also a blog post from Crytek CEO Avni Yerli says they're making the next game in the Crysis series. Ok, probably not The Climb 4, then. "Right now the game is in the early stages of development so it will be a while yet, but we wanted to bring you the news at this time as we are so hyped for the future, and to let you know that we will be listening to our community," Yerli says in the post.

Crytek has been a bit turbulent since the last time a Crysis game came out (other than 2020's remasters). The self-published studio that first developed the Far Cry series (before it was handed over to Ubisoft's stable of developer teams) expanded to multiple locations including South Korea, the UK and USA.

However after Crysis 3 released, THQ's implosion led Crytek to acquiring the rights to Homefront and the studio's first Xbox One release, Ryse: Son of Rome, bombed spectacularly. With so much money poured into developing new CryEngines (they're up to CryEngine 5 now and each Crysis was developed on a new iteration of the proprietary game engine) the developer struggled financially, missing pay checks for some studios and eventually having to sell them off.

Since then, Crytek has stripped back to just a Frankfurt office and subsidiaries in Ukraine and Turkey. In 2020 the developer released Hunt: Showdown, an extremely good battle royale with some of the best sound design in the game. Maybe Crysis 4 is the start of a fresh run of hot tickets for them. We'll find out more when there's more to show.