YuGiOh Master Duel: How to get cards

Learn all the ways to get cards in YuGiOh Master Duel so you can build up some beefy decks. 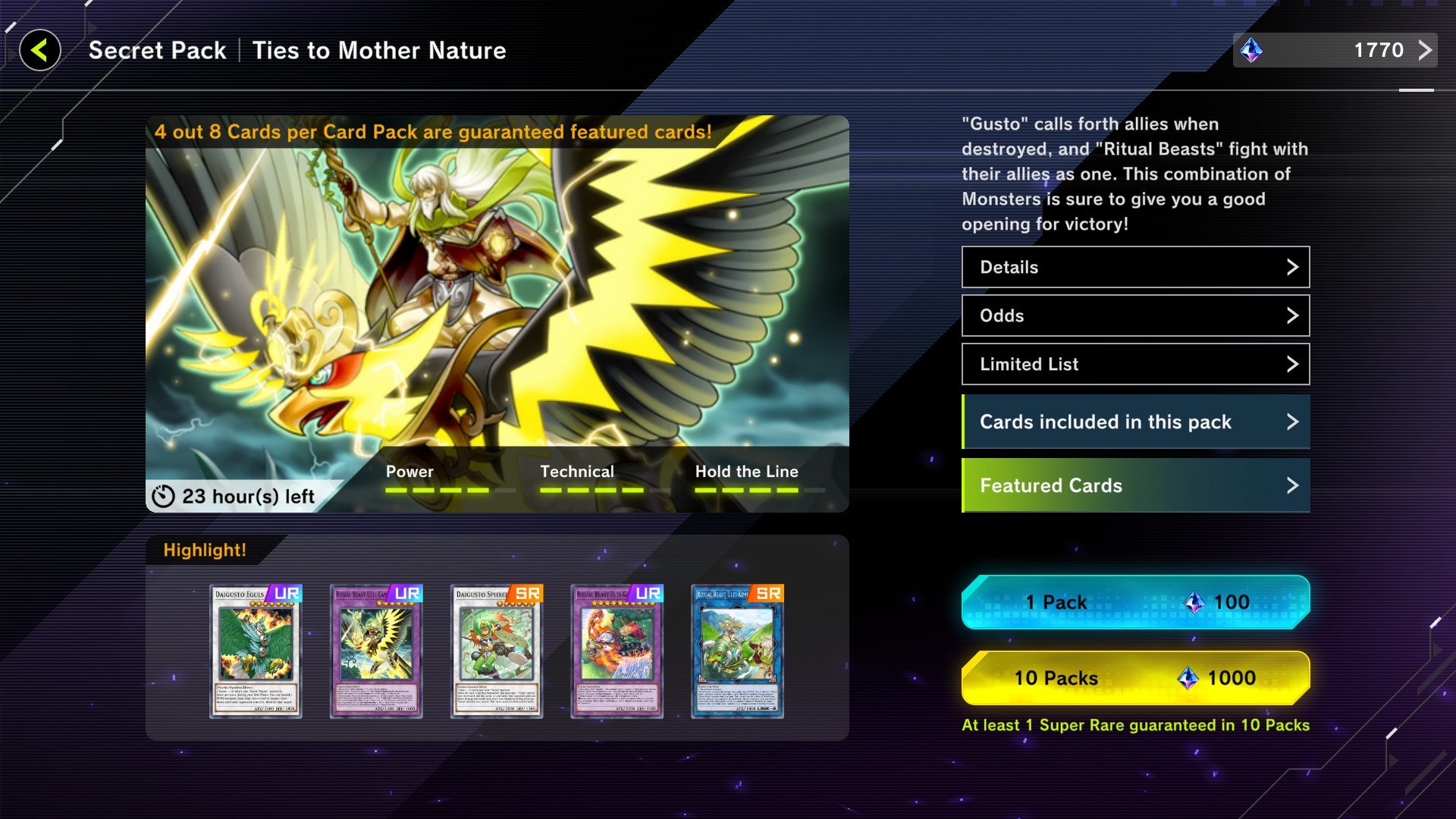 The actor is helping to bring "one of the biggest, most badass games to the screen."

How to unlock Secret Packs in YuGiOh Master Duel

You’ll unlock a Secret Pack in YuGiOh Master Duel any time you pull a card of Super Rare (SR) or Ultra Rare (UR) rarity during a pack opening. Each time you reveal a card of high enough rarity, you’ll see a key icon appear in the top left of the screen.

Once you’ve revealed all the cards in a pack opening, you’ll be shown an overview page in which all revealed Secret Packs are listed on the right side of the screen. You can go directly to one of them here, or view them on the Secret Pack menu of the Shop.

Just like regular packs, it costs 100 Gems to open a single Secret Pack. You can also spend 1,000 Gems to open ten packs. Secret Packs are themed around a specific card, and will always offer up a featured selection of cards for at least half of their contents.

Secret Packs stick around for 24 hours after you unlock them, meaning you have some time to make a decision.

The Secret Packs you unlock during draws willk be related to the SR and UR cards you pull. As such, you don't have much control over which ones appear. You’ll simply need to check each to see if it contains cards you’re interested in. If you have a specific rare card in your deck, spending Gems on its Secret Pack is a good idea as you’re likely to receive related cards in your pack openings.

The alternate method to unlock Secret Packs in YuiGiOh Master Duel is by crafting Ultra Rare cards. If you craft an Ultra Rare archetype, you should receive the Secret Pack matching it, making it even easier to unlock the related cards.

That’s all there is to know about how to unlock Secret Packs in YuGiOh Master Duel. Be sure to read up on the other methods for how to get cards in YuGiOh Mater Duel so you can expedite your crafting efforts!