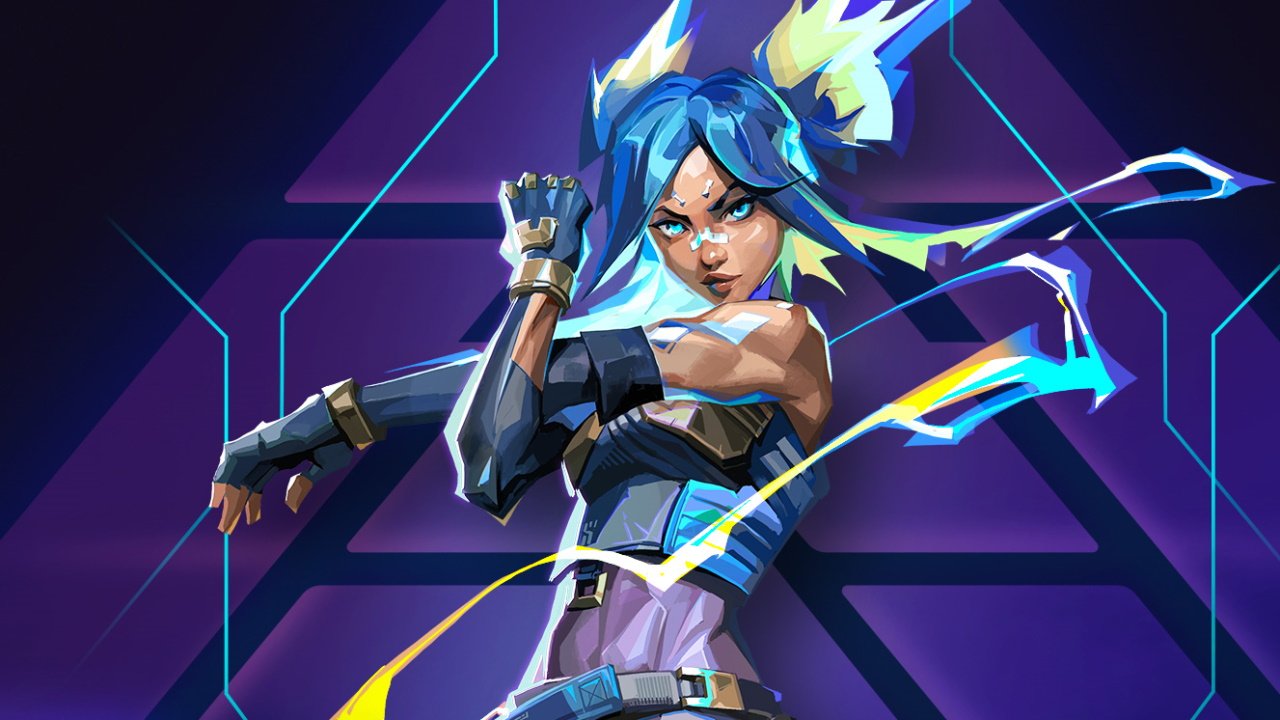 There's an Easter egg hidden in Ratchet & Clank: Rift Apart that no one has found yet

Can you find the Insomniac museum hidden in Ratchet & Clank: Rift Apart?

Try to handle Valorant’s latest Agent unprepared and you’re liable to get shocked. So if you’re new to Neon in Valorant, we can help. Our Neon tips and tricks for beginners will take you through each of her abilities to help you not just score frags, but also race your team to victory

To help guide you from a speedster scrub to an electric talent, we’ve tailored our tips to each of Neon’s abilities, along with including some general advice for how to approach playing her.

Neon’s Signature ability is High Gear. By tapping C, she holsters her weapon and begins sprinting at high speed, draining an energy meter displayed at the bottom of the screen.

You have around 15 seconds of sprint time in total, but the bar will rapidly recharge any time you aren’t using the ability.

Press Alt Fire while sprinting to slide in the direction of movement and re-equip your gun. Slide has a single charge which recharges after two kills.

Use abilities while sprinting: Neon can activate her other abilities while in High Gear, meaning you can fire off Relay Bolts or drop Fast Lane without canceling your run. If you’re preparing to make a dash, activate High Gear before you throw out your other tools to move more quickly afterwards.

Become the queen of rotations: High Gear makes Neon one of the best rotators in the game. On defense, the ability is invaluable for shifting to support the side being attacked. It’s just as good on attack, too. If you know the last two enemies are on Site A, Neon can leg it to another site and plant the Spike before they even knows what’s happened.

Your weapon re-equips extremely quickly: If you’ve ever been caught with your knife out, you’ll know that keeping your gun at the ready is vital in Valorant. Neon is a little different, however. By using her slide or canceling her sprint, she can re-equip her gun and begin shooting extremely quickly.

As such, she’s far more capable of dashing past an enemy before spinning round and taking a shot. Just make sure you’ve got your gun equipped before you start sprinting, or you might find yourself waving a knife at your would-be victims.

You can slide diagonally:If you hold W+A or W+D when activating your slide, you can slip sideways as well as forwards. This is a great way to throw off an opponent’s aim, and allows you to challenge corners in different ways. Just remember that Neon can’t slide backwards, she has to be sprinting to activate it.

Get a mouse to match: Speaking of high gear, you’ll want to make sure you’ve got a mouse that can keep up with you. Neon is blisteringly fast, so your mouse should be too. HyperX’s Pulsefire Haste is tailor made for high-speed FPS gaming. The lightweight honeycomb shell will let you land those flicks in an instant, with the entire mouse weighing in at just 59 grams. And with HyperX’s NGenuity software, you can even match the RGB color scheme to Neon’s electric blue.

Neon’s first purchasable ability costs 300 and summons two walls of fire in straight lines in front of her. The walls appear on either side of Neon, blocking line of sight and damaging any enemies or teammates who walk through them. The walls last around six seconds.

This also applies to peeking around corners. If your crosshair is on the edge of the wall, even slightly, both Fast Lane walls will stop. If you aim to the side of the wall, however, both walls will spawn fully, clipping through the environment to reach their maximum length. This applies to firing through windows and over walls, too. Get creative with your aim and you can open up paths into sites without putting yourself in danger.

Warn your teammates: Fast Lane’s friendly fire damage isn’t messing around. The walls are capable of seriously singing your allies when positioned badly or thrown up without warning. Let your teammates know when you’re using the ability to avoid some awkward post-round conversations.

Neon’s second purchasable ability has two charges and costs 200 per bolt. When activated, Relay Bolt fires a projectile which bounces once. In the two places it impacts, vertical blue cylinders spawn, stunning anyone standing within them after a brief delay.

Delay pushes on defense: When defending a site, Relay Bolt is an excellent tool for slowing down or entirely nullifying an aggressive attack. Wait for enemy smokes and abilities to start falling, Then fire a Relay Bolt into a choke point to stagger anyone attempting to push through. If it still sounds like they’re coming, wait a moment before firing the second charge. Anyone caught in the blasts will be reduced to walking for around four seconds, drastically reducing their impact.

Don’t worry about gravity: Neon’s Relay Bolt does fall slightly over time, but it travels so fast that the impact is almost negligible. For the most part, you can aim exactly where you want the bolt to hit and it’ll find its mark.

The stun is vertical: The real key to mastering Relay Bolt is knowing how its stun works. Wherever the bolt impacts will mark the center of the stun radius, but it’ll hit everything above and below that point. You can therefore fire Relay Bolt over walls or through windows to hit common positions, catching out anyone waiting there. Be smart, and use it to clear points before you open yourself up to harm.

Neon’s Ultimate is by far her most contentious ability. When activated, she gains full movement speed for the duration of her energy bar (around 15 seconds) and is capable of firing a high-damage beam of electricity from her fingers.

Don’t stop moving: The biggest advantage you have in Overdrive is movement accuracy. Make it as hard as possible for enemies to target you – they need to deal with recoil and reloads, you don’t.

Use your abilities: Just like in High Gear, Neon can still use her other abilities while in Overdrive. It’s easy to focus solely on the beam, but make sure you remember to clear areas or block vision with Fast Lane and Relay Bolt too.

Jumping makes you inaccurate: Pinpoint accuracy while moving is the biggest advantage Neon’s Ultimate has, but if you jump, you’ll find yourself sputtering sparks in a wide cone. Stick to the ground unless very close to any enemies.

Don’t aim for the head: The beam deals the same damage to all parts of an opponent’s body. As such, it’s best to aim for center mass, as you’re far more likely to hit consistently.

Damage falls off rapidly over range: At close range, your beam will melt through enemies in less than a second. But as the distance to your target increases, the damage begins to fall off heavily. While this can be used in conjunction with a slide to peek and put off enemies holding an angle from afar, it’s best saved for getting up close and in the face of enemies. Steer clear of sniper lines when attacking with Overdrive.

Your beam has ammo, but it recharges: Overdrive’s beam attack has an ammo counter which maxes out at 40 to stop you from constantly firing the beam. Run out of ammo and Neon will suffer a brief animation before she can fire again. Ammo recharges extremely quickly when you stop firing, however, meaning you can repeatedly unleash bursts of high damage throughout the duration.

Kills reset your slide and ult duration: Score a kill during Overdrive and you’ll regain your slide charge and, much like Reyna, also extend the duration of the ultimate. Use your slides to dodge enemy fire after taking out one opponent if you find yourself facing multiple foes.

Play off your teammates’ smokes and flashes: With lightning flooding your veins, The temptation to charge in solo each round is real, but without a Flash of her own, Neon works best when paired with another teammate. Thanks to her speed, Neon can capitalize off a moment’s distraction better than anyone else. Have a friend drop smokes or fire flashes through to enemy positions, then take the fight. Neon has the pace to leap upon or past an enemy cowering in cover or repositioning to avoid a smoke/flash.

Get aggressive, but not stupid Neon’s speed allows her to make pushes few other Agents can. But that doesn’t mean you should be sprinting in each and every round. Neon thrives off chaos, so set up strikes with your team, use her Fast Lane or Relay Bolt, and then sprint in to push or slide between angles that let you split the enemy team and catch them by surprise.

Beware Cyphers, Chambers, and Kay/Os: Neon is built for high aggression, which means Agents that slow or disable her are a serious threat. Sprinting and sliding around corners makes it easy to fall into Cypher and Chamber’s traps, while Kay/O is capable of nullifying her early-round aggression and her Ultimate.

Got any of your own Neon tips and tricks for beginners? Share them in the comments below.