2022 suddenly seems so much longer. 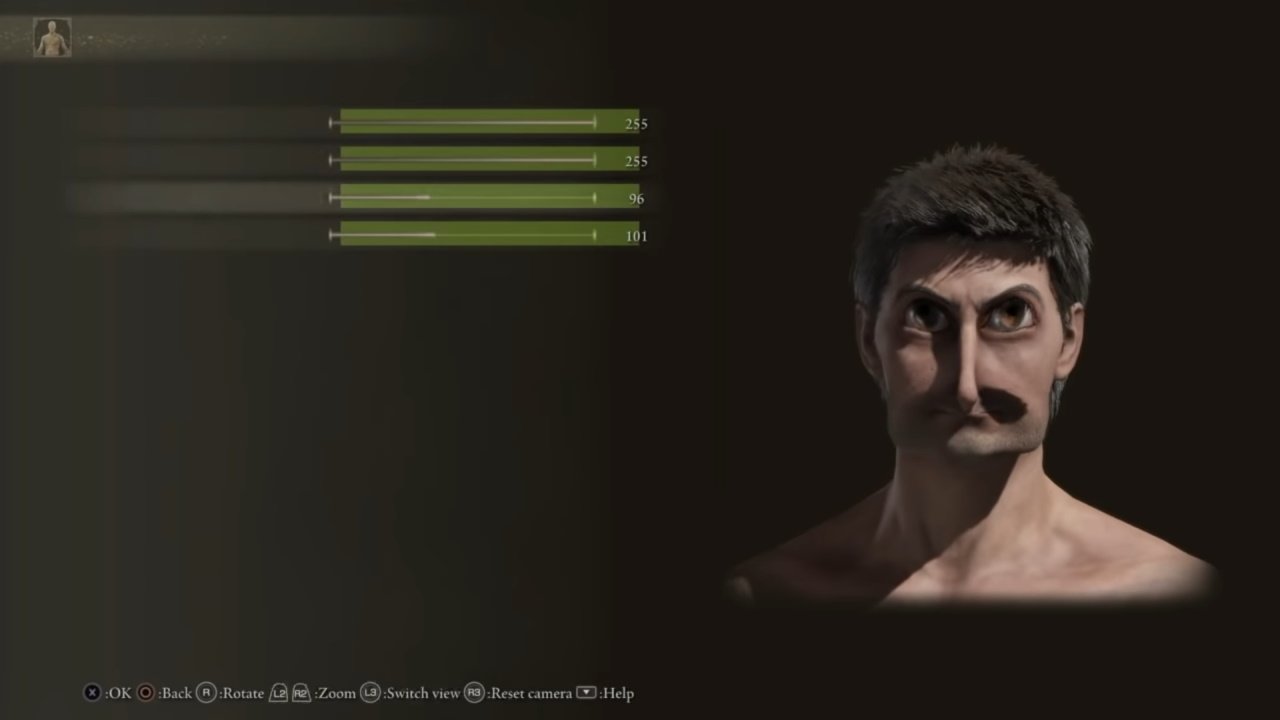 As the company teases future development for the series.

The character creator for Elden Ring has reportedly leaked online

The footage, shared on YouTube by ER-SA, appears to have come from a user who partook in the closed network test last year. The six minute long video is missing a huge number of details including image thumbnails, text, some clothes, and more. But, even with the lack of details, we still get to see a character taken through every option available.

ER-SA maxes out every slider possible during the footage. Which, as you might expect, leads to the creation of a hideously distorted figure with gigantic eyes, an enormous nose, and a huge, demonic grim. We would forgive bosses for running away from that mug each time it arrives in their arena. The video is likely to be taken down before long, so take a gander below while you can.

Among the sliders adjusted, players will seemingly be able to swap between a variety of hair styles and facial hair options which include a satisfying amount of fuzz. It also appears to be possible to adjust the skin colour to far brighter colors, including a garish Simpsons yellow.

Nonsensical slider choices aside, the improvement in fidelity and visual quality is clear when compared to FromSoft titles past. Commenters on the video note the huge step up when compared to the likes of Dark Souls 3.

“This can't be real right? Those base characters ACTUALLY looked human,” reads one comment from ARTEMISIA.

Elden Ring brings a new open-world perspective to FromSoftware’s renowned combat-heavy action-rpg structure. The closed tech test in November 2021 let players loose into a chunk of the world to battle a wealth of bosses, join each other in jolly cooperation, and even invade other worlds to do battle.

Elden Ring is due to be released February 25 on PC, PS5, Xbox Series X/S, PS4, and Xbox One. It's worth noting that the footage is clearly far from the final character creator, and not all options may be present in the full release. Either way, it will be interesting to see how well the highly detailed characters hold up once you're out in the world on the previous-gen consoles of the PS4 and Xbox One.