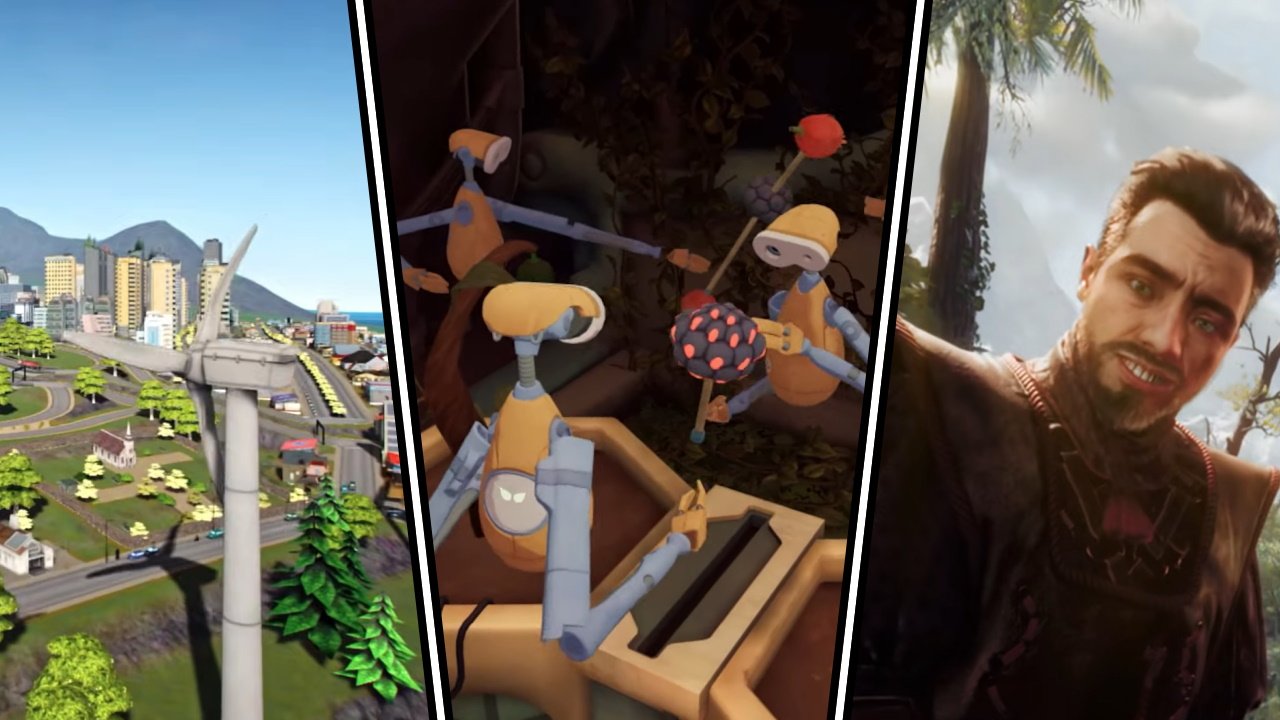 No, this isn’t a list of over two thousand VR games – our bank balances can’t stretch quite that far. There’s no need to look glum, however, as 2022’s VR games definitely look to be favoring quality over quantity. The virtual reality offerings of the next 12 months will let us raise cities from the ground, guide a familiar furred friend, and even, if we’re feeling so inclined, act a little sus. But before you vote us out of the airlock, here are our picks for the VR games of 2022 that we can’t wait to immerse ourselves in.

Innersloth’s task-tackling and imposter-outing social deduction game may not be the talk of the internet town any longer, but the prospect of a full VR port already has us dreaming about  physically slapping that emergency meeting button.

Revealed during The Game Awards 2021, Among Us VR will allow us to explore the Skeld map in full 3D. We can’t wait to go hands on with it, too. Physical interaction should make the assortment of crew member tasks all the more entertaining. There’s no release date for Among Us VR, but we’re hopeful it’ll arrive this year.

Physics-based combat games are dime a dozen in the VR world, but few look quite as stylish as Samurai Slaughter House. Blood red is the only color you’ll see in this sandbox world of stabbing and slicing. Provided your blade skills are up to scratch, most of those bright splashes should be coming from your enemies.

Samurai Slaughter House promises to let you battle both humans and demons as you grow in strength and expand your powers to access more of a “metroidvania-style” world inspired by the Sengoku and Edo periods of Japan.

Horizon Call of the Mountain

We don’t even know what the PSVR2 headset will look like, but we’re already desperate to shove in over our skulls. The reason? Horizon VR. Aloy’s world was already rich in habitation, history, and life – albeit much of it robotic. Stepping into that realm in VR should be nothing short of magical. It’s a chance to leave our jaws hanging as we marvel at the scale of machines like the Tallneck and Thunderjaw.

Cities: Skylines is one of the most beloved city builders of the last decade. That means a VR port is a top priority for any sim fans lucky enough to own a headset. The Quest 2 exclusive is being adapted for VR by Fast Travel Games, and promises to let you take on a literal birds-eye view as you adapt and admire your burgeoning metropolis.

If you prefer cozy islands over sprawling cityscapes, Little Cities VR will provide an alternate, more charming take for aspiring city builders. You’ll lay the foundations, but keeping your tiny denizens satisfied is the real path to growth here. Seasoned VR developer nDreams is aiming to make the game as simple as possible to pick up and play, but with a wealth of features and systems to discover.

In VR gaming terms, Moss is pretty ancient, yet it remains one of the best experiences in the medium. As such, expectations for the sequel are extremely high. We’ve waited a long while, but adorable mouse Quill is nearly ready to set forth once more. Expect to guide her through solving environmental puzzles and waggling a sword at enemies in a new sector of this loveable fantasy landscape.

The world is heading for disaster. No, not the very real climate crisis, silly – here you actually have a chance to make a difference! In the narrative-driven adventure Wanderer, you’re sent back through time to avert a global catastrophe that leaves the world in ruins.

Aided by a chipper talking wristwatch, you’ll take control of figures at several pivotal stages of human history. Solve puzzles and figure out the forces working against you, and you might just create a better future to return to when you’re done.

Many hands make light work – a statement that, it turns out, works just as well when all the hands are your own. In The Last Clockwinder, you’re tasked with solving puzzles by creating complex machines out of your clones. By record short segments of movement, you can chain together actions into lengthy, automated processes to solve puzzles. It’s a genius concept that should work brilliantly in VR, provided our heads can handle the planning it demands.

We can all agree that Rocket League is an utter blast. But hurtling around the walls of its arenas in VR would likely mean the only thing you’d score is a swift trip to vomiting in the toilet. Enter, Ultimechs. We still don’t know much about Resolution Games’ mech-powers sports game, but it involves launching missiles to knock balls into goals, which is a good enough sales pitch for us already.

If you were lucky enough to play with nerf toys as a kid, you probably imagined your showdowns in far more outlandish environments than a kitchen and hallway populated by siblings and an extremely irritated parent. Nerf Ultimate Championship looks set to bring those fantasies to virtual life. Two teams face off in arenas built for wall running, verticality, and precision pellet shots. Best of all? You don’t need to spend five minutes picking all the ammo up off the floor after each gunfight.

Here’s the thing: All we really know about Ubisoft’s Splinter Cell and Assassin’s Creed VR games is that they’re being made. We don’t know what they’ll entail or when they’ll come out. Basically, we’re doing our best not to get too excited too early. Still, the concept is glorious, isn’t it? Imagine exploring the full breadth of Odyssey and Valhalla’s worlds in VR, or sneaking through the shadows in Sam Fisher’s boots. That alone earns these VR teases a place on our list, even if we’ve no clue whether they’ll hit a 2022 window.

Know of any other appealing 2022 VR games we should have on our radar? Let us know in the comments below.