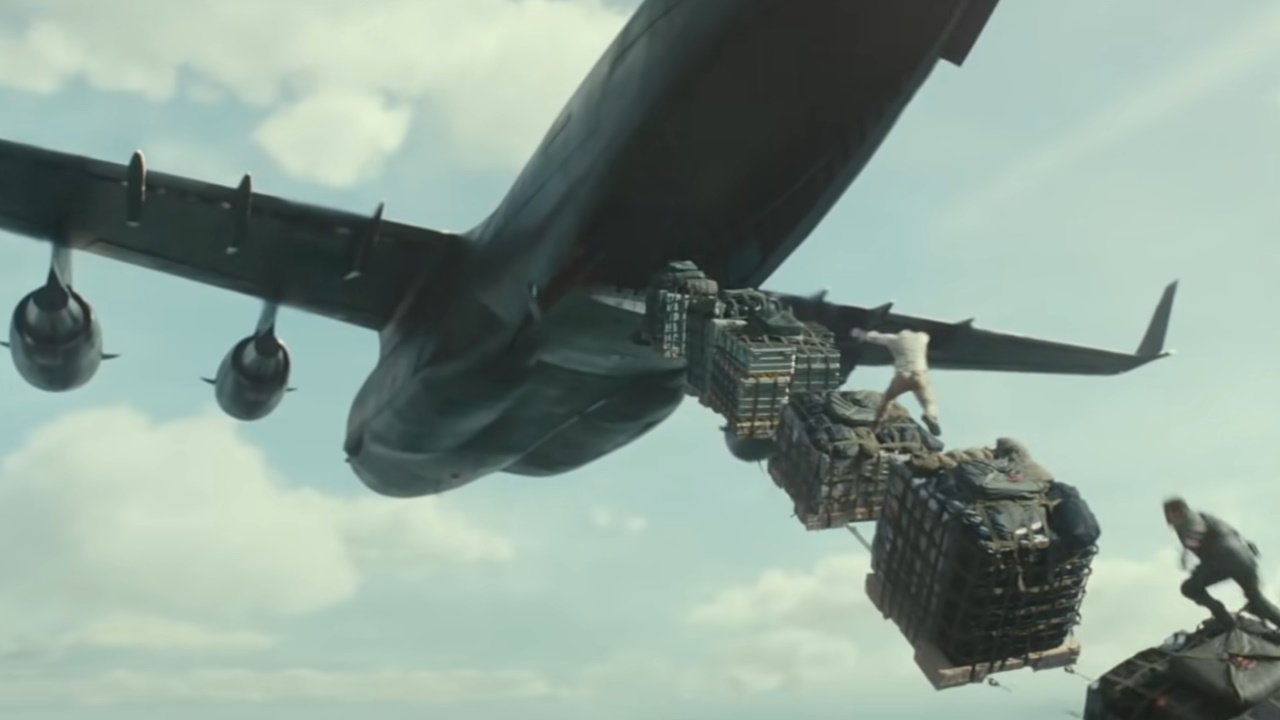 The Uncharted Movie isn’t due to release until February 11 in the UK and February 18 in the US. To tease potential viewers, however, the full cargo plane fight scene has been released online, available to watch by all for free.

The two-minute sequence takes hefty inspiration from a famous segment of Uncharted 3 in which video-game Drake fist fights goons in the back of a cargo plane flying over a desert. After things go south, Drake has to climb and leap his way up a series of crates swinging precariously from the back of the plane.

The movie clip features far less fisticuffs, though Holland’s Drake still needs to platform his way between dangling boxes, taking out gun-wielding minions along the way. If you don’t mind spoiling an action segment of the film for yourself, you can watch the clip in full via the video embedded below.

The Uncharted Movie follows a younger Nathan Drake and Sully (played by Mark Wahlberg) as they embark on adventures which appear to span the course of all four video games in the series. Other familiar characters will also be making an appearance in the film, including rival treasure hunter and Drake, Chloe Frazer. Actress Sophia Taylor is taking up the role for the movie adaptation.

Holland recently appeared at Sony’s CES 2022 keynote presentation to promote the movie. In other Sony adaptation news, a Twisted Metal TV series was confirmed as in production, alongside further details relating to PSVR2, the PS5’s virtual reality headset.

The Uncharted Movie is due to be released into cinemas on Feb 11 in the UK and February 18 in the US.