Goals you can actually meet while gaming in 2022. 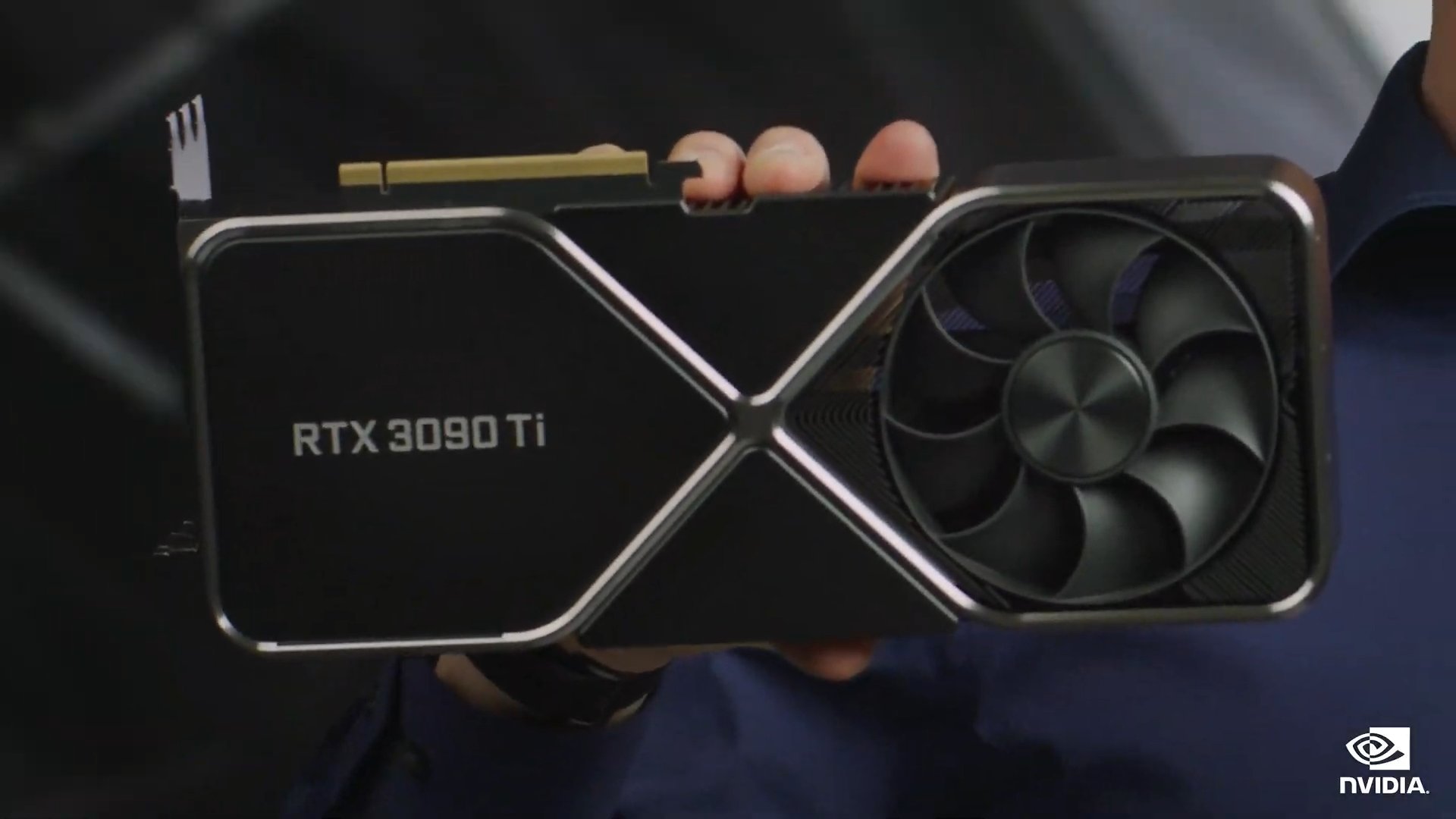 Nvidia has kicked off this year's Consumer Electronics Show (CES) with a couple of new graphics card announcements, coming in at either end of the pricing scale.

First up is the 3050, an entry level card for PC gaming on a budget, starting at $249. That doesn't mean it's severely underpowered (though it may look it compared to others in the 3000 series) as the 3050 can run Control in 1080p with RTX on at a steady 60fps. Doom Eternal even pushes up into 120fps territory, certainly not specs to sniff at.

As for those specs, the GeForce RTX 3050 has 8GB G6 RAM providing 18 ray tracing TFLOPS, 9 dedicated shader TFLOPS and 73 Tensor-TFLOPS. That's a lot of flopping for $249. The 3050 will be available on January 27, if you can beat the cryptomining bots to the buy button. Though given it's an entry level card, perhaps they won't be as interested and you can get one uncontested.

Where you will see a lot of competition for your purchase will be for the RTX 3090 Ti, also announced at CES. The supercharged version of Nvidia's $1500 behemoth doesn't have a release date yet, but given that it represents a 10% speed increase over the original you can bet the farm all the coin miners will be after it.

We'll learn more about the 3090 Ti next month, though early specs suggest it has the same 24GB G6 RAM (though clocked at 21Gbps speed, a mite faster) with 40 TFLOPS GPU performance, 78 TFLOPS just for ray tracing, and a massive 320 TFLOPS dedicated to AI computations. You can hear the doge investors drooling already.