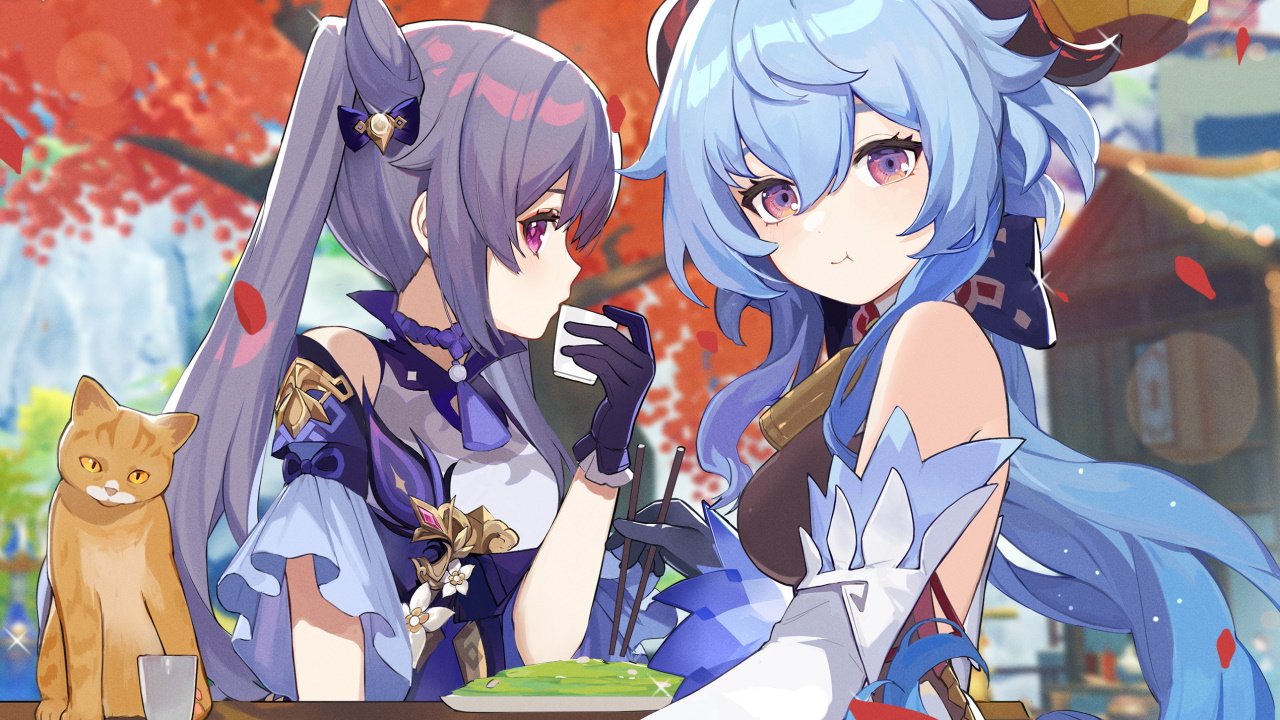 Yikes. The New Year can be a bit exhausting, can’t it? Sure, there’s the excitement of all the games to come – Horizon, Elden Ring, Zelda, to name just a few – but there’s also plenty of pressure courtesy of those pesky New Year’s Resolutions everyone around you keeps proudly declaring.

If you’re looking to set goals for the year ahead, be smart about it. Your gaming New Year’s Resolutions shouldn’t be something to self-flagellate with after failing within a month or two. Instead, follow the advice below to set lasting, sensible targets that’ll improve your game time and hopefully let you have some fun along the way.

It’s always watching, judging you from the depths of your game library. We all have backlog shame, but don’t let that gaming guilt lock you into fumbling yet another unachievable target of wiping the slate clean. If you’re looking to make a dent in that mass of untouched titles, you’ll need to be picky.

Forget chunking through your entire catalog. Start by making a short list of five games or fewer that you really want to catch up on. Next, cut your options down to one favorite. 2022 has a deluge of major games releasing thick and fast. Start small and you'll have a chance of keeping pace as they release. Picking just one game to begin with sets a manageable goal – one you can work on in the gaps between your other gaming sessions.

Our recommendation? Start with a shorter title. Once you’ve knocked one game off your list, you’ve already proven to yourself that you’re capable of working through the backlog. Check off a game early and you’ll find it far easier to load up the next forgotten gem in the months ahead. Better yet, apply the resolution below to make even faster progress.

Set a new rule: You don’t have to finish everything.

Yes, those Far Cry outputs may be mocking you from the map screen, but are you actually enjoying yourself? If not, it’s time to dump your current digital toy and move on. You’ve tried it, you’ve (hopefully) had some fun, but now the next adventure is calling.

There are far too many quality games coming out this year to be wasting your time on tedious time fillers from the past. For 2022, show some self care and ditch games when you’ve had your fill, not when the game tells you to. Check in at the end of every other session and make sure that you’re getting satisfaction from the time you’re investing.

Not every story will hold your interest for the full length, and that’s okay. Similarly, plenty of games – even single player titles – clog their closing stages with repetitive tasks to keep players invested and potentially paying up for microtransactions (more on them, later). You’re under no obligation to get caught in this loop, compelling as it may be. Games are a hobby we engage in for fun, but it’s easy to forget that under the constant pressure to try new updates or grab limited-time cosmetics. Give yourself a break, and you’ll open up more time for new gaming experiences.

Getting competitive: Focus on training, not ranks or wins

Valorant, League of Legends, Rocket League, Halo – whether you already have a competitive crutch or are looking for a fresh challenge, the new year is a great time to train your skills. Squadding up with your mates and earning victories together is bloody brilliant, but it can just as easily lead to misery if you focus on the wrong aspects.

Once you’ve placed a foot on a game’s competitive ladder, it’s hard not to obsess over the rank it assigns you. Competitive communities are packed with players bemoaning being “hardstuck” at given ranks, losses due to their teammates, or how unfair matchmaking is. Wins feel great, sure, but the first step to improving is to accept that you are going to lose.

Wins and losses will come and go, so don’t get caught up on them. Instead of worrying about whether you’re a lowly iron or dazzling diamond, focus on what matters: your personal performance. Even if your match is a lost cause, aim to practice one thing during the remaining rounds rather than throw that time away. Pick out your highlights at the end of each game, then think about the ways you could improve where things went south. Discuss (constructively) with your teammates, and don’t be afraid to try new strategies even if they may not pan out.

Oh, and if Valorant is your game of choice, be sure to read up on our beginner’s tips for improving your aim.

Free-to-play or AAA, modern games are after your bank balance. Microtransactions are a seemingly inescapable aspect of gaming these days, and while that’s usually not a problem, some end up being our personal vices. It might be wishes in Genshin Impact, limited-time skins in Fortnite, or Ultimate Team packs in FIFA. If you caught yourself reaching into the pocket more often than you liked in 2021, set yourself some limits for the new year.

It seems childish, but giving yourself an allowance each week or month really does work. If you’re a skin collector, you’ll have the chance to prioritize what rewards you actually value. And for gacha gamers or lootbox lovers, it’ll space out those endorphin rushes to wean you off relying on them for fun. And if you realize they were the only reason you were playing? It's probably about time to try something new.

Battle passes – we buy them for the cool rewards stashed at the end, but how often do we actually finish them? We’ll be honest here. The start may see us eagerly grinding through tiers and scooping up rewards, but by the end we’ve usually missed enough game nights to barely scrape past the halfway mark. If we’re going to splash out again, let’s make the effort to actually run through them this time. Well, one of them, anyway. We don’t have that much free time.

We’ll always love the games that we love, but our brilliant hobby is brimming with so many gameplay styles that it’s time to break the mold. If you’ve scoffed at walking sims before, make 2022 the year to try something like What Remains of Edith Finch. New to digital deck builders? Inscryption’s unsettling cabin awaits you.

The games themselves don’t need to be new, just new to you. If you’re after inspiration, have a browse of our games you may have missed last year, or scour a subscription catalog like Game Pass for highlights. Expanding those horizons will give you more to recommend to friends, and might just find a new love, literally, if you’re checking out visual novels for the first time.

Gear: Treat yourself to a minor upgrade

And finally, if you’ve got the cash to spare or are able to save it: treat yourself to a gear upgrade. The last few years have been tougher than most, so you’ve earned a reward. It can be as small as new HyperX Pudding Keycaps, or a fancy Cloud II Headset. Give yourself and your gaming set up a boost this new year.

What are your gaming New Year’s Resolutions? Let us know how you’re sensibly (or stupidly) approaching 2022 in the comments below.