Every trailer and game announcement from the showcase! 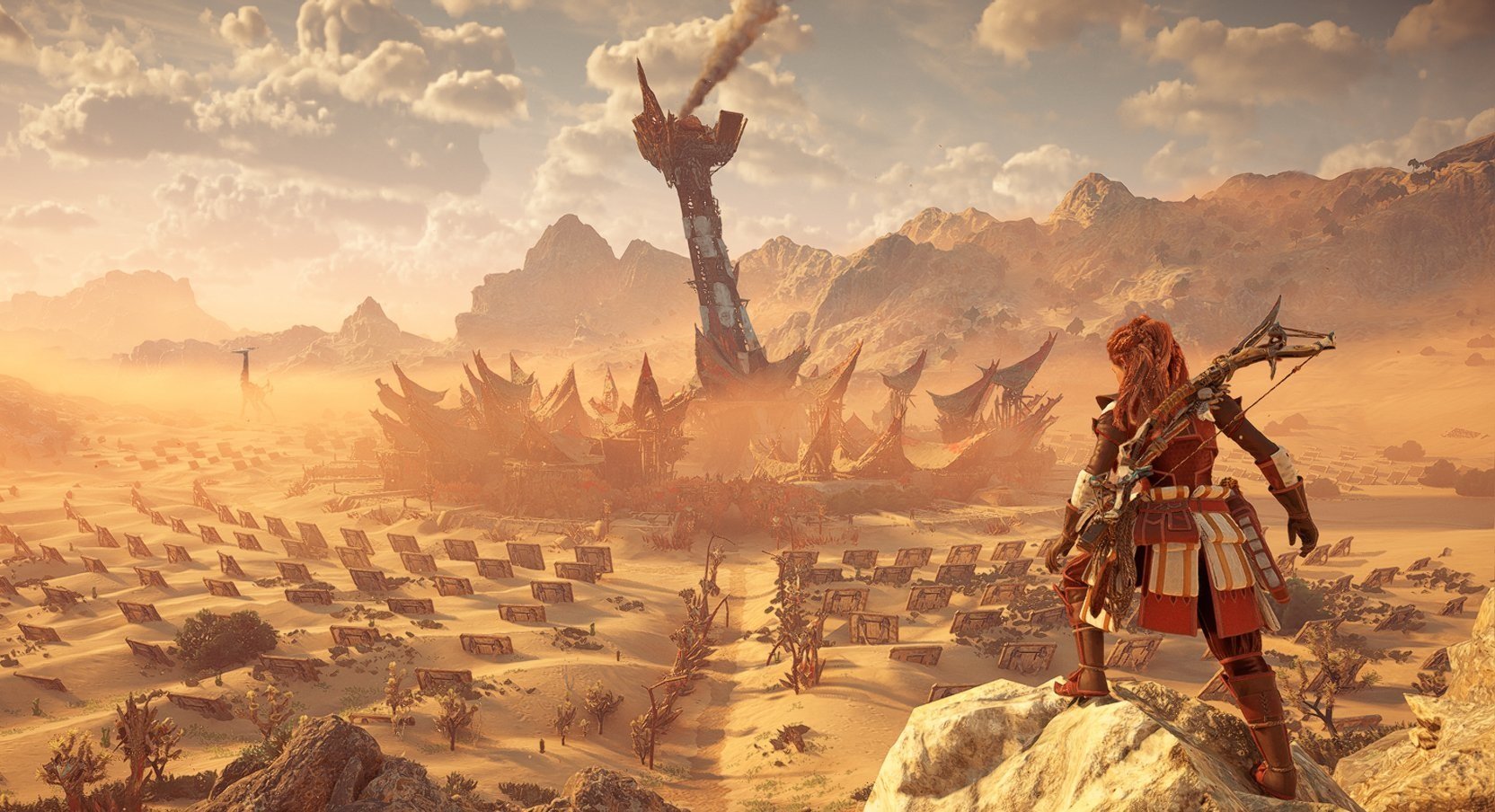 Guerrilla shows what Horizon Forbidden West will look like on PS4

Also Spider-Man and MJ from No Way Home are in the Item Shop.

On social media, developer Guerrilla Games took a moment to share a few screenshots of Horizon Forbidden West running on PS4. In explaining why they’re sharing PS4 screenshots specifically, Guerrilla comments that they’ve shown quite a bit of the game on PS5, and want to show how beautiful the game looks on PS4 as well.

Which makes sense, as the game will be available on both PS4 and PS5 when it launches on February 18, 2022.

Guerrilla shows what Horizon Forbidden West will look like on PS4

We've showed you a lot of footage of #HorizonForbiddenWest on PS5 so far, but the game also looks – and plays – stunning on the PlayStation 4! pic.twitter.com/BuVga90W5L

In the screenshots shown, you can see a nice variety of biomes and recognizable machines from the first game, Horizon Zero Dawn. As for why Horizon Forbidden West looks as good as it does on PS4, Guerrilla developed the game with PS4 in mind. In an interview with Game Informer, Game Director Mathijs de Jonge explained:

“A lot of the development has taken place on the PlayStation 4, and a lot of playtesting has been done on PlayStation 4. So we are ensuring that owners of that console have a great experience and the game will look fantastic on that console.”

While Horizon Forbidden West does look fantastic on PS4 based on the screenshots shown, there will be differences between the PS4 and PS5 versions of the game. In the interview, he notes that on PlayStation 5, more detail can be added with the game’s lighting and underwater scenes being particularly special for PlayStation 5.

In terms of lighting, it’ll have more definition on PlayStation 5 than on PlayStation 4 as Guerrilla used a “special cinematic lighting rig” that’s only used in cutscenes on PS4, while on PS5 that lighting is always available given the increased processing power of the PS5.

For more on the differences between Horizon Forbidden West on PS4 versus PS5, we highly recommend checking out the screenshots shared by Guerrilla today, as well as Game Informer’s interview with Mathijs de Jonge.

Horizon Forbidden West will release on February 18, 2022 for PlayStation 4 and PlayStation 5.