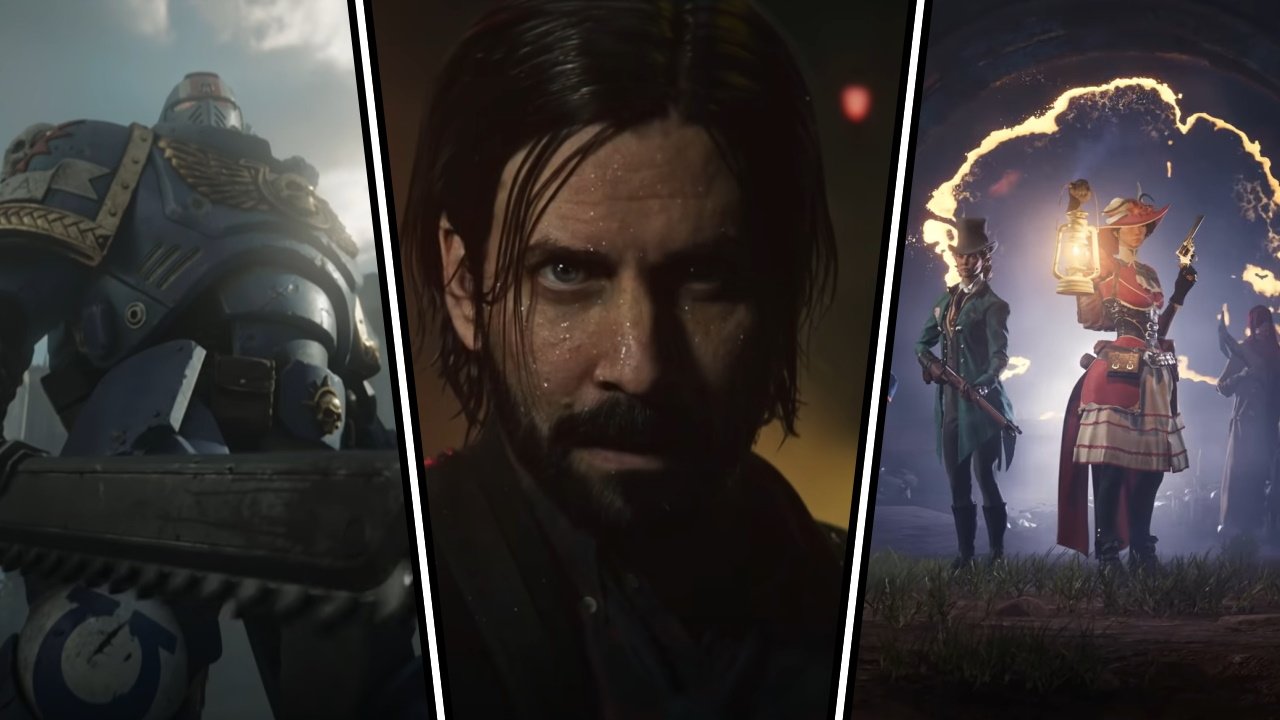 All new game reveals at The Game Awards 2021

Decorations may be the face of The Game Awards, but the show makes no secret about the fact that reveals and dramatic trailers are its true heart. This year was no exception, with a wealth of reveals and trailers shown off at The Game Awards 2021. We’ve rounded up all the new game reveals from the show below for you to easily skim through.

We’ve got all the trailers for new game reveals at The Game Awards 2021 below, with a few extra details on what each title is about and we can expect them to arrive.

What is it? A sequel to Remedy’s horror-laced action-adventure.

Details: A tie-in with the studio’s often eerie supernatural shooter Control and this year’s remaster turned out to be the build up to a full-on sequel for Alan Wake. It’s due to arrive in 2023. The first trailer, presented by Remedy’s Sam Lake, doesn’t give much away. According to Lake, the sequel will be Remedy’s first “survival horror game”.

What is it? A Star Wars project from Heavy Rain developer, Quantic Dream.

Details: All we know so far is that it’ll be set in the High Republic era – around 200 years before the Skywalkers pop up. The game is in the very early stages of development. There are a lot of drums.

What is it? A new multiplayer project from the former boss of BioWare.

When is it coming? An early access launch is planned for 2022.

Details: Don’t get your hopes up, RPG fans. Set in a Victorian-inspired fantasy land, Nightingale is a “shared world survival crafting game” from Inflexion Games. Players hop between realms using portals, crafting tools and buildings to construct settlements and fight monsters together in each land.

What is it? A narrative Star Wars adventure from former Telltale Games developers.

Details: Set in the era after Star Trek: The Next Generation, Resurgence follows a new crew as they investigate two alien societies which are “on the brink of war”. Expect a bevy of narrative decisions which impact the arc of the story.

What is it? A 4X real-time strategy game in the Dune universe.

When is it coming? Arriving on Steam Early Access in 2022.

Details: Funcom is creating a new strategy game within the Dune universe. It’s being created in partnership with Legendary Entertainment, who own the rights to the movies.

The Expanse: A Telltale Series

What is it? A narrative story set before the events of the sci-fi TV series.

Details: Co-developed by Telltale and Deck Nine (the team behind Life is Strange: True Colors), this narrative adventure puts Camina Drummer – voiced by her TV actor Cara Gee – in the starring role. It takes place before the TV series and is currently in the early stages of development.

What is it? A new Sonic title promising “open-zone” freedom

Details: It appears to be an open-world Sonic game set in a place known as the Starfall Islands. According to the official blurb, players will be able to “accelerate to new heights and experience the thrill of high velocity open-zone freedom.”

What is it? A horror title from Silent Hill creator Keiichiro Toyama.

Details: Slitterhead is the first title from Bokeh, the studio founded by Toyama and several other former SCE Japan Studio members last year. The debut trailer reveals lots of body-morphing monsters and a surprising amount of action.

What is it? A cartoony, melee-focussed 40-player battle royale.

Details: Rumbleverse is a free-to-play battle royale from Iron Galaxy. There’s an emphasis on melee combat, with players bashing and boshing one another with weapons and wrestling moves across a city of skyscrapers. It’s coming to the Epic Games Store on PC, as well as PlayStation and Xbox platforms.

What is it? A new project developed by Monolith, the team behind Shadow of Mordor.

Details: A single-player open world game which will feature the studio’s famous Nemesis system. Details are pretty slim beyond that, but you'll be playing as the legendary Diana of Themyscira and will “fight to unite her Amazon family and the humans from the modern world”.

What is it? A full VR version of the backstabbing, airlock-ejecting social deduction game

Details: Among Us is getting a full VR release for PSVR, Quest 2, and Steam VR. It puts players directly into the Skeld level from the standard game. Players will need to physically complete tasks while avoiding the alien friends hiding among their ranks. As an entirely new title, there's no crossplay with the base game.

Task List:
submit scan
empty garba -- wait what was that
SCREAM
survive in VR
Among Us is coming to VR.https://t.co/7U0OWwEgTE pic.twitter.com/cuUpnuzDzh

Details: Focus Entertainment has partnered with Saber Interactive to develop this sequel to the popular hack-and-slash game. The sequel looks set to pit the Ultramarines against the squishy (yet heavily bladed) organic alien menace of the Tyranids.

What is it? A game in which you need to fight all your exes in elaborate, playful showdowns.

Details: The next title from Falcon Age developer Outer Loop. It follows protagonist Jala as she faces up to a series of exes who’ve banded up against her. Confronting them appears to mean taking part in brightly colored fight sequences.The trailer also teases skateboarding, cooking, and parkour. It looks silly and sure to bring a smile to your face.

What is it? A new asymmetrical multiplayer horror game from the Friday the 13th developers.

Details: The team behind Friday the 13th: The Game is creating a new movie tie-in multiplayer horror game. This time up, it looks like one player will be letting loose as Leatherface. Details of how the game will work have yet to be revealed.

Those were all the new game reveals at The Game Awards 2021. Which was your favorite? Share your thoughts in the comments below.