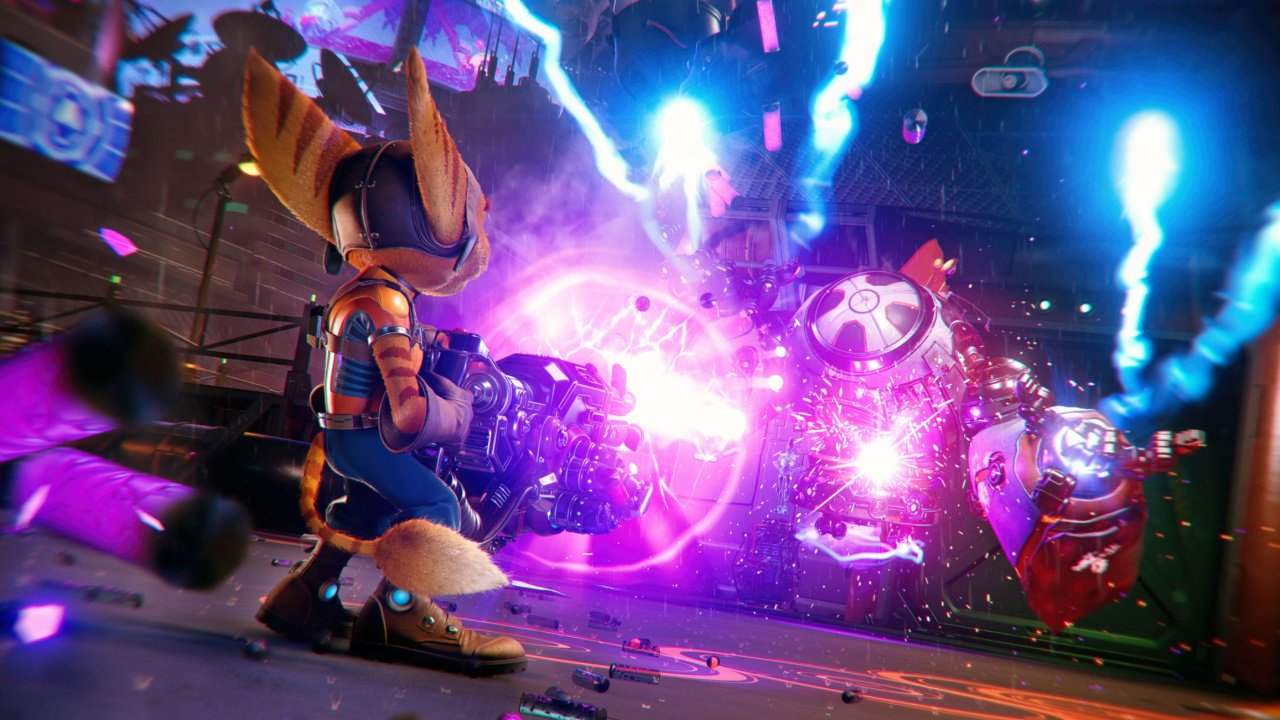 Owning a PS5 can feel a bit like having a race car in the middle of cramped city streets. It looks fancy, sure, but you’re really itching for something that’ll let you put it through its paces. Sadly, true next-gen exclusives are still few and far between. But you needn’t despair. A year after launch, there are definitely PS5 games that’ll harness the beefy console’s power and bring that next-gen wow factor to your game time.

For our true next-gen PS5 games, we aren't limiting ourselves to console exclusives, we’re not just compiling a list of the best PS5 games out there. What counts for us is any game that pushes the visual boundaries in an impressive manner or makes effective use of features like the PS5’s DualSense controller or 3D audio. Anything that adds that extra oomph to your gaming.

Yes, we know what you’re thinking – Really? That free game which came installed on the console? Yeah, and we’re honestly not kidding. If you skipped over Astro’s Playroom in favor of exciting new purchases when your PS5 arrived, you owe it to yourself to go back and load it up.

Far more than just a tech demo for the console, Astro’s Playroom is genuinely brilliant, and it shows off the DualSense like nothing else. It’s worth playing alone for quality music. In fact, Astro’s Playroom proved so successful and popular that developer Team Asobi was stepped up to bigger things by Sony.

One of the few PS5 exclusives, Ratchet & Clank: Rift Apart is next gen and it knows it. Expect a level above just flashy visuals here. Insomniac’s third-person shooter and platformer makes impressive use of the PS5’s hardware. Dimension-hopping warps in the midst of frenetic combat simply wouldn’t be possible without the PS5’s nippy SSD load times. The controller doesn’t get underlooked either, with adaptive triggers utilized for alternate fire modes and plenty of haptic feedback assigned to each weapon.

The story follows the classic lombax and robot pairing as they find themselves scattered between dimensions while dealing with the evil Emperor Nefarious. Splintered, the two need the help of a new lead named Rivet in order to reunite and overthrow their enemies. Looking like a Dreamworks movie brought to life, Ratchet & Clank: Rift Apart is a must for PS5 owners.

Returnal is another PS5-exclusive title that makes major use of all the new console’s fresh features. Haptic feedback? Yep. Adaptive triggers? You betcha. Mesmerizing visuals paired with blink-and-you’ll-miss-them loading times? Of course. However, it comes with one major caveat: the challenge. A roguelike third-person shooter following Astronaut attempting to escape a hostile alien world, Returnal isn’t just hard, it’s brutal.

If the unsettlingly tentacled enemies hurling masses of projectiles your way weren’t tough enough already, say hello to Returnal’s bosses. These giant Giger-esque nightmares will be all too eager to cut your runs short and send you zipping back to the start. And guess what? You won’t keep anything but the lessons you’ve learned as progress. It takes a certain kind of masochistic player to push through Returnal, but if that sounds like you, you’ll be launching into one heck of a next-gen mission.

Despite being a PS5 and PC exclusive (for now, at least), Deathloop isn’t one of the most impressive looking games on this list. Why is it here? Because no other shooter uses the DualSense nearly as well. While Ratchet and Returnal are keen to impress on you just how much they’re making use of those triggers and features, Deathloop takes a more subtle approach. It blends haptic feedback with a small bit of trigger resistance and controller sound effects to create the perfect accompaniment to each shot you do – or don’t – take. As a result, every weapon feels unique but not obnoxiously so.

As for the game itself, this is premium fare from developer Arkane, creators of the Dishonored series. You’re a gun-toting, magically-enhanced assassin stuck in a time-loop on the cultist-filled island of Blackreef. The only way to escape? Track down and kill elusive targets known as Visionaries. Line them all up in a single day and you’ll have scored a path out of the endless cycle. Trouble is, another assassin named Juliana is hell-bent on stopping you each and every loop.

Resident Evil Village is the ultimate B-movie horror-action, sending you on a romp through varying styles of horror. You’ll be stalked through a castle by the towering Lady D and her vampiric daughters, hounded by a fish monster in a roller coaster of rapid action, and be forced to face the ultimate horror lurking inside the infamous Beneviento estate. Scares and shlock – Resi Village has got it all.

It’s a solid looking game, too, though far from the heights of over exclusives. Unfortunately Irritatingly overbearing adaptive triggers make PS5 shooting more of a pain than it needs to me. The real reason Resident Evil Village has made our PS5 true next-gen games list is thanks to its use of 3D audio. Whack on a quality headset like HyperX’s Cloud Stinger Core Wireless and you’ll be treated to some truly terrific moans, screeches, and roars. Finally, you can convince yourself that Lady D is in the room with you. Just don’t get too close – those razor claws are sharp.

FromSoftware’s cult classic Dark Souls precursor was revived in spectacular fashion by Bluepoint Games for the PS5’s launch. Don’t feel like you need to have played the original to get stuck in here, though. Demon’s Souls on the PS5 is one of the most accessible games in the butt-your-head-against-mighty-bosses genre.

The DualSense is put to good use, adding minor sound effects and gently vibrating to warn of impending danger. It’s a visual feast, too. If you’ve just picked up the console, prepare to ooh and aah at the gentle glow of wispy smoke emanating from your character. Lighting effects here are stellar. The first time you face the mighty Tower Knight, it’s hard not to gawp as he slams his shield down on top of your head. It’s okay, you can get him on the next run. If you’ve yet to take the plunge on Souls games, this PS5 showcase is a brilliant place to start.

Tsushima island was already gorgeous on PS4, so it should come as no surprise that the PS5 upgrade in the Director’s Cut edition is even more impressive. This little land off the coast of Japan has never had it so good. Except for, you know, the invading Mongol army. Fighting them back will require going against everything the Samurai code has taught. But with the Iki Island expansion included, you can at least ponder those moral conundrums while sitting in an onsen alongside a bunch of chilled-out monkeys. Well, thawed-out Monkeys, perhaps.

There are plenty of visual touch ups to particle counts and such, but Ghost of Tsushima’s shift to the PS5 adds several DualSense features as well. Your hands will be able to feel the difference between the weight of protagonist Jin Sakai’s careful footsteps and the thundering hooves of his mount. Draw back your bow and the tension is clear under your trigger finger. A PS4 port it may be, but Ghost of Tsushima: Director’s Cut will deliver the PS5 experience and then some.

Have any other true next-gen PS5 titles you’d recommend? Share them with us in the comments below. And if you want to see how the other side of the next-gen fence is faring, we also have a roundup of Xbox Series X games that flaunt the power of Microsoft's latest machine.