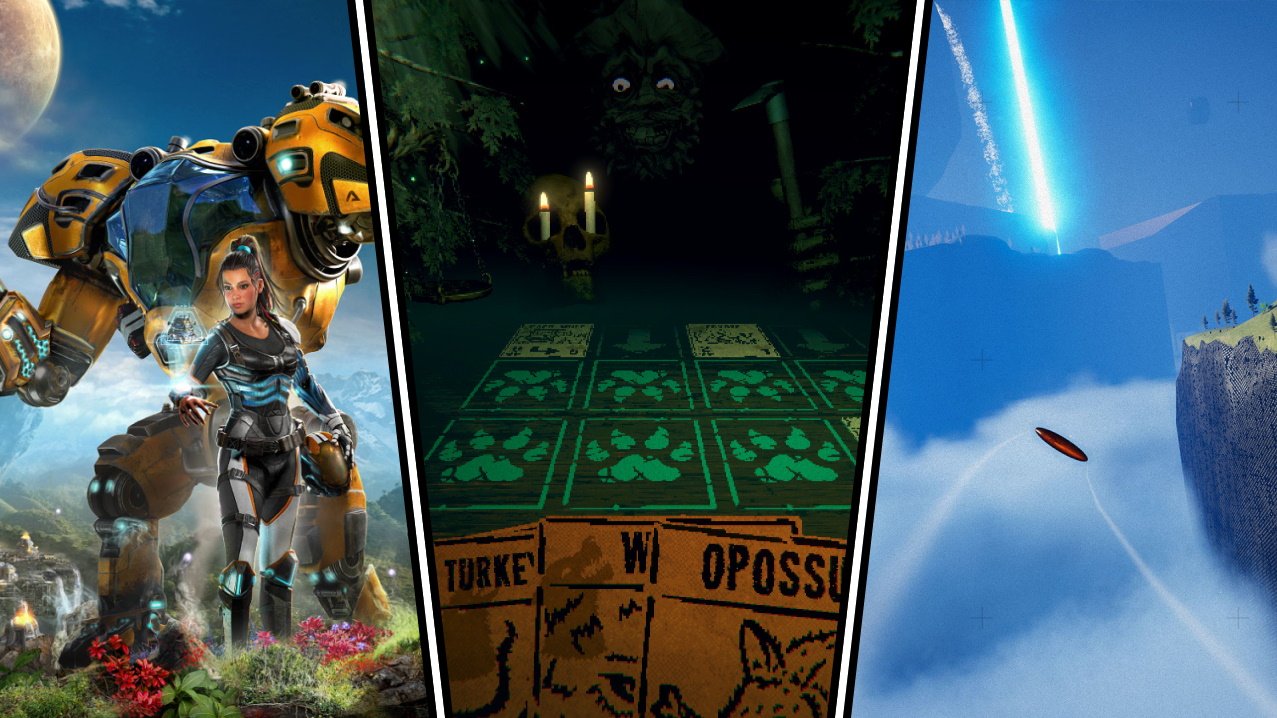 We’ll forgive you for being preoccupied. After all, it’s been another weird year. In 2021, video games once again stepped up to provide a much-needed excuse for avoiding the real world, and who’d blame you for picking the biggest, most bombastic titles around? Look past the bulky green armor of Halo, however, and 2021 had some serious contenders hiding behind the scenes. Whether overlooked or just overshadowed by grander releases and events, these are the best games that you might have missed in 2021.

Thanks to the success of the stellar Slay the Spire, deckbuilders are now spreading their cards across all our digital displays. But even if you’re a shuffling savant, Inscryption deals something new and unquestionably unsettling to the table. you see, typically, cards aren’t known for their conversation. But if you’re hoping to best the shrouded opponent sitting across the table from you in here, you might need to listen to what your hand of battling animals has to say.

A roguelike-style sequence of deck-duels might be the core of Inscryption, but your real goal is escaping the twisted cabin you find yourself trapped in. Step away from the table and you’ll discover an escape room of fiendish puzzles, many of which won’t yield their secrets without further progress in the game. Just make sure you don't lose, or unpleasant events may occur. Psychological horror wrapped around decks and devilish puzzles.

Prefer your decks devoid of terror? Fights in Tight Spaces forgoes fear in favor of flashy combat sequences that’ll have you feeling like the martial arts lovechild of James Bond and John Wick. In this strategic deckbuilder, your hand is a series of stylish strikes. Surrounded by goons on a cramped grid of spaces, you’ll need to manipulate your position and that of your foes to make the most of your kicking and punching toolkit each turn.

The Superhot-style aesthetic of stark colors on a clean white background oozes cool, and it’s just a vital here to make the most of your environment. Jump-punching a knife-wielding attacker into a wall feels great, but just wait until you roundhouse a man out the back of a cargo plane. Fights in Tight Spaces is (probably) the slickest you can possibly feel while slowly sifting through fake cards on your sofa.

In Chicory, you play as a dog wielding a magical painbrush. Need we really say more? Okay, fine. While some people metaphorically bring color  anywhere they go, Chicory lets you do it literally. Inhabiting a world of black outlines, your task as a Wielder is to spread new hues to the land and push back a darkness that has begun to encroach on it.

This is more than just a coloring book world, however. your painbrush will also need to be put to work solving puzzles as you unlock a variety of paint-powered abilities. The world is also full of colorless yet characterful animals you'll have the chance to help and brefiend. Unleash your creative skills as you help them design T-shirts, recreate famous artworks, and more. The perfect game for bringing color to your screen and a smile to your face.

Death’s Door is like Dark Souls without despair. Sure, the way its corvid protagonist slices through the isometric world may look an awful lot more like Zelda, but there’s no hiding the DNA underneath those feathers. You're amassing souls for upgrades, yes, but the land is also an interlinked mesh of shortcuts and secrets to discover.

Your job is to grab the spirits of creatures long overdue a stay in the underworld. The trouble is, the soul you were meant to claim was stolen. Retrieving it from beyond the ominous Death’s Door means challenging the land’s most powerful beings on their home turf.

It sounds mightily morbid, yet Death Door brings a coterie of unusual characters more likely to leave you laughing than in misery. Don’t expect it to go easy on you, though. While you’ll unlock a wealth of new weapons and items to help you traverse the land, the bosses and minibosses scattered throughout won’t hesitate to batter your meager health points away in an instant if you lose focus. Read more about it here.

Like most stories about death, Before Your Eyes is really about life. A life, in fact: yours.  As your soul prepares to set sail to the afterlife, there's one last chance to relive the life you're leaving behind. The difference is in how this life is told. Each scene is a snapshot of your time on the planet, told, and lost, within the blink of an eye. Each time your eyes close, you're whisked on to the next scene.

Now here's the real trick: if you hook up a webcam, Before Your Eyes will be played using your real life blinks. The longer you want to stay in a scene, the longer you'll have to resist the inevitably urge to blink. There's only so long you can live in each memory before you eventually have to move on.

Robbing a planet of its natural resources definitely makes you the baddie in Riftbreaker. But when surviving onslaughts of alien monsters is this entertaining? We’re happy to play the villain. This base-building survival game puts you in the stompy yet scientific boots of a dimension-hopping mech looking for a fresh start on a new world.

Plonking down buildings to harvest and store the resources around you is immensely satisfying, but it will inevitably incur the wrath of the planet’s wildlife. Waves of aggressive beasts will soon be looking to munch away at your power sources, meaning you need to prepare walls and defenses in advance. Mixing RTS-style tech trees and research with action-RPG progression, Riftbreaker will see you upgrade both your base’s capabilities and your own as you attempt to survive on a hostile world.

Schooom – Fwoop! Just try to stop yourself vocalizing your own sound effect as you skim, slide and bounce across alien landscapes in this unusual traversal game. Hunting from missing astronauts across the galaxy, you fly – if that’s even an appropriate term here – an usual metallic craft capable of manipulating gravity and shifting between a ball and disc form.

Movement is all about momentum, as you slide down slopes as a ball before flinging up into the air and soaring as a disc. Despite often intensely harsh environments, the result is oddly zen-like, letting you fall into a trance of slides, bounces, and soars as you head towards the jump off point for your given planet. Alien, otherworldly, and entrancing.

Unloading your life's posessions in the real world? A stressful, lengthy procedure. Sorting in Unpacking? Pure bliss. This unexpected star of 2021 sees you unpacking and organizing goods at the various stages and houses of an unknown person's life. You'll follow them through childhood to college and beyond, revealing pixel-art books and DVDs from boxes before finding a place for them on the various shelves of their new home.

For anyone born in the '80s and early '90s, Unpacking also offers a major dose of nostalgia. Tamagotchis, CRT monitors and VHS players all make an appearance, sending your mind spiralling back through time.

The best thing about Unpacking is that it's not really possible to lose the game or play it incorrectly. You'll be gently nudged if any items are in an unsuitable place when trying to finish a home, but your only penalty is a short bout of rearranging. The story, if you want to pay attention to it, plays out entirely through the items your home mover brings and the items already placed by family, housemates, and maybe even partners.

Know of any other hidden gems from 2021’s gaming calendar that others shouldn’t miss? Share them in the comments below so we can all get in on the action!