The Best Gear For Battlefield 2042

Enter the future of war with the best gaming gear for Battlefield 2042. 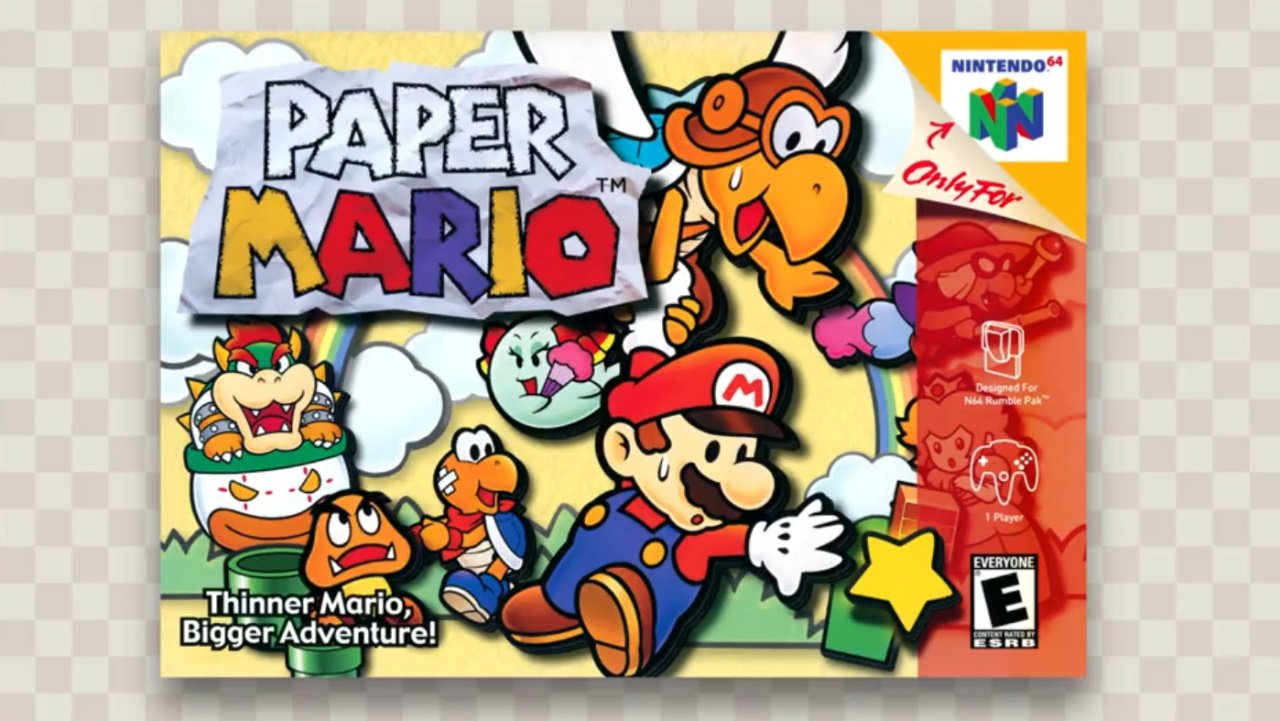 The original Paper Mario for the N64 will join the Nintendo Switch Online + Expansion Pack content next week.

Nintendo has confirmed that Paper Mario N64 will be joining the Nintendo Switch Online + Expansion Pack on Friday, December 10. Nintendo’s pricier subscription service launched in October, offering an expanded selection of retro titles from the base membership. In addition to NES and SNES games, subscribers to the Expansion Pack have access to both N64 and Sega Mega Drive games. While the service only launched with nine N64 titles at first, Nintendo confirmed a further six games planned to join the service in future.

The Legend of Zelda: Majora’s Mask, Banjo-Kazooie, Pokémon Snap, Mario Golf, and Kirby 64: The Crystal Shards were all detailed, but it looks like Paper Mario will be the first game added to the service.

Adventure through the Mushroom Kingdom to save Princess Peach from Bowser’s clutches as a paper-thin version of Mario!

The story for Paper Mario N64 sees our red plumbers classic nemesis Bowser up to no good once more. Having stolen a magical artifact called the Star Rod, he lifts Princess Peach’s castle skyward. Mario must travel through the kingdom to collect the seven Star Spirits and return the castle.

So far, Nintendo has only confirmed a further five N64 titles to be added to the Switch Online + Expansion Pack. However, Twitter user MondoMega inspected the database game IDs to discover that a total of 38 N64 titles appear to be currently planned for the subscription service.

These additional titles appear to include popular games like Wave Race and the original Super Smash Bros. Nintendo has yet to announced any further game collections, but it’s likely that it will want to deliver releases steadily to sustain interest in the service. Nintendo Switch Online + Expansion Pack subscribers also get access to Animal Crossing: New Horizons’ Happy Home Paradise DLC as part of the membership.