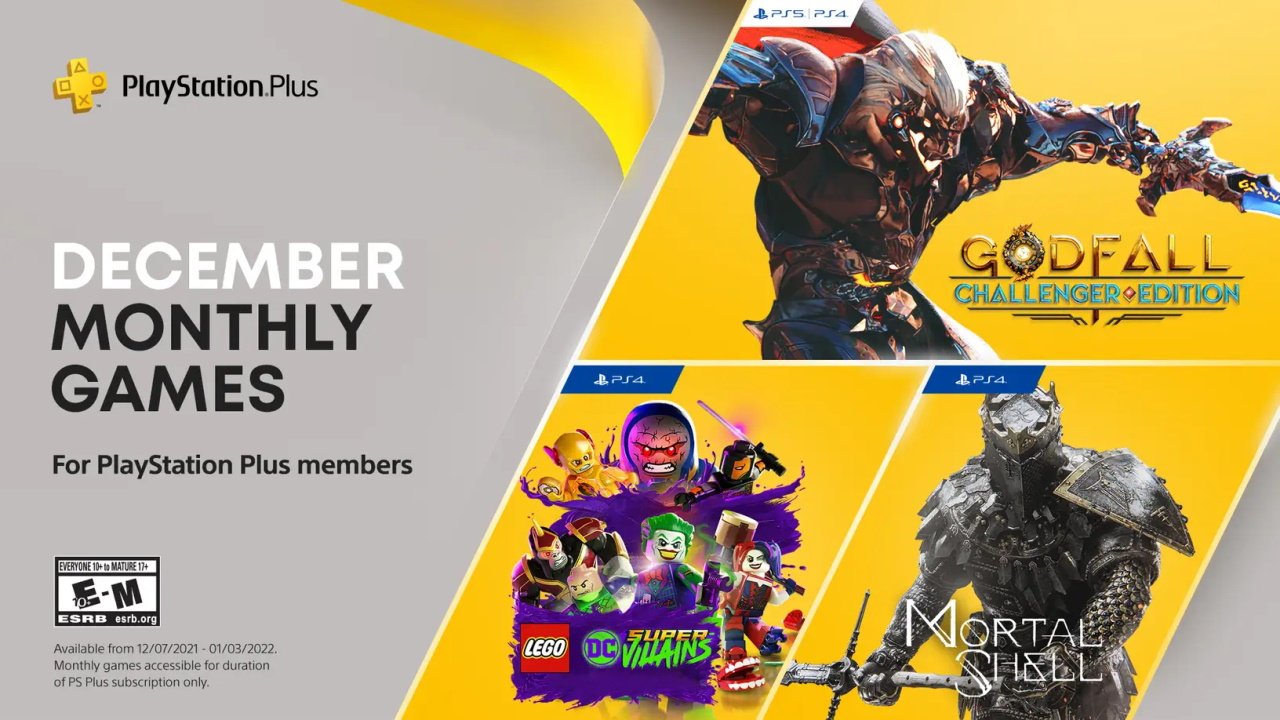 The Best Gear For Battlefield 2042

Enter the future of war with the best gaming gear for Battlefield 2042.

The next haul of games given to PlayStation Plus subscribers has been confirmed by Sony. The PS Plus December Games are Mortal Shell, Lego DC Super-Villains, and Godfall: Challenger Edition.

All three titles will be available on PS4, with Godfall: Challenger Edition also receiving a PS5 version. The December PS Plus games will be available to claim between December 7 and January 3. They replace the November games: Knockout City, First Class Trouble, and Kingdoms of Amalur: Re-Reckoning. All of those are still available through December 6. Download any before the availability expires and they'll be yours to keep forever. Subscribers can find the PS Plus games for December by accessing the PlayStation Store through their console.

First up we have Mortal Shell, a solid Dark Souls inspired fantasy action RPG. A debut title from developer Cold Symmetry, the game features an impressively complex combat system, brutally tough world, and suitably grim aesthetic for players to grind through. The player controls various class archetype shells, and will need to master the game’s hardening mechanic – no chuckles, please – to block enemy attacks and open up foes.

Unfortunately, Mortal Shell’s world is its biggest letdown. Confusing to navigate and filled with health-spong enemies, the world can prove tiresome to explore or navigate when compared to the Souls’ games carefully crafted environments. For die-hard Souls fans hungry for more before Elden Ring, however, it’s well worth a look.

Finally, and easily the most confusing of all, is Godfall: Challenger Edition. Rather than grant players access to the full version of Godfall, this PS Plus offering is a brand new version which dumps players into the endgame of the looter-slasher. Challenger Edition includes three game modes: Lightbringer, Dreamstones, and the Ascended Tower, granting players powerful tools to overcome the enemies they’ll face. If you enjoy the game, you can upgrade to the Deluxe Edition to access the Godfall and Fire & Darkness campaigns.

What do you make of the PS Plus December games? A better batch than November? Let us know in the comments below.