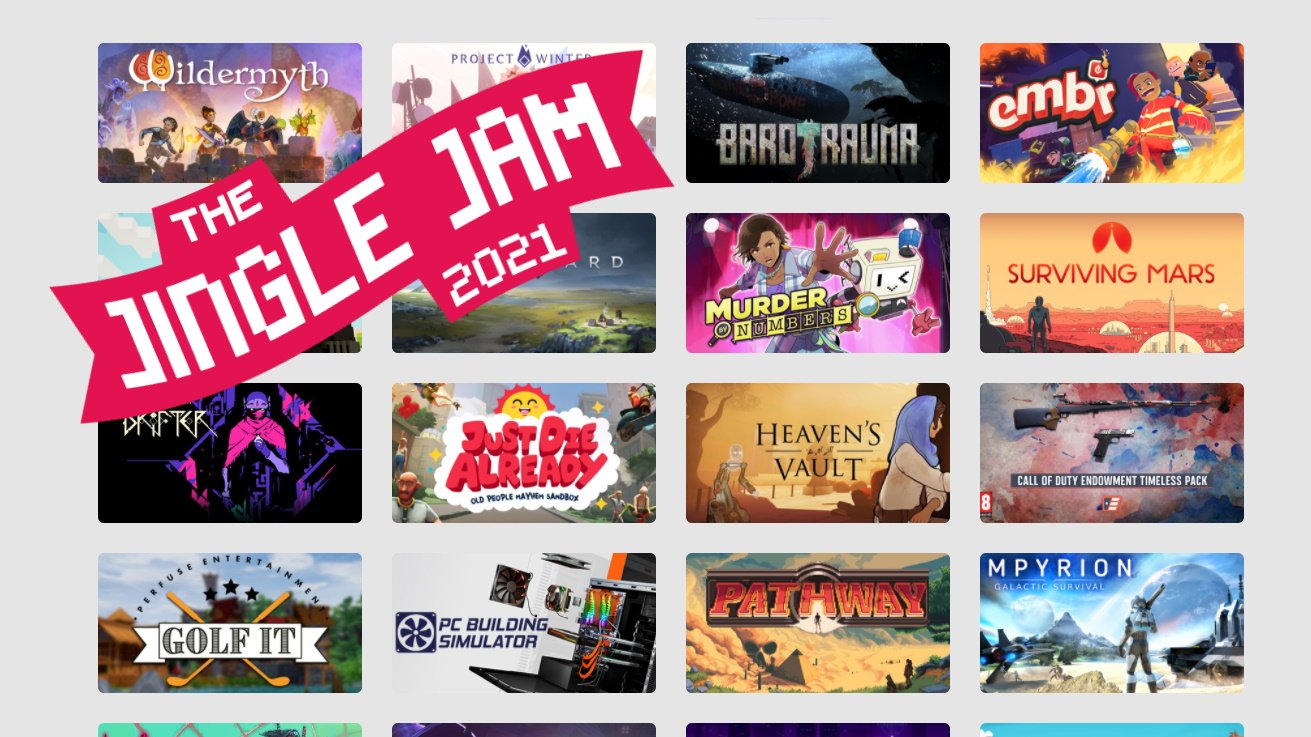 Jingle Jam, The Yogscast-led charity games bundle, has returned in 2021 with a bumper package of 55 games for its tenth anniversary. Donate to Jingle Jam 2021 and you’ll snag copies of games like Hyper Light Drifter, Murder By Numbers, Heaven’s Vault, and more, all while raising money for charity.

The bundle includes 55 full games, with an estimated value of over £650 ($866). To get access to the full bunch you’ll need to donate more than £35 ($47). Your choice of 14 different charities are available to donate too, allowing you to support a range of causes such as Autistica Cancer Research UK, and SpecialEffect. If you’re interested in donating, head to the Jingle Jam page and check the donations choices.

Jingle Jam 2021 runs from December 1 through December 14, ending at midnight GMT. During the Jam, the Yogscast team will be streaming various games included in the bundle on their Twitch channel.

With the likes of Valfaris, Cluster Truck, and Kind Words included, there are some stellar games in the bundle. Scanning the Jingle Jam 2021 games list reveals co-op games, party titles, platformers, narrative adventures, and more. Here’s the full list of all included games to scan through:

Also included are discount codes for Displate and the Yogstore, as well as the Call of Duty Endowment Timeless Pack. If any of the Jingle Jam 2021 games have you interested, head to the donations page to pick your charities of choice.