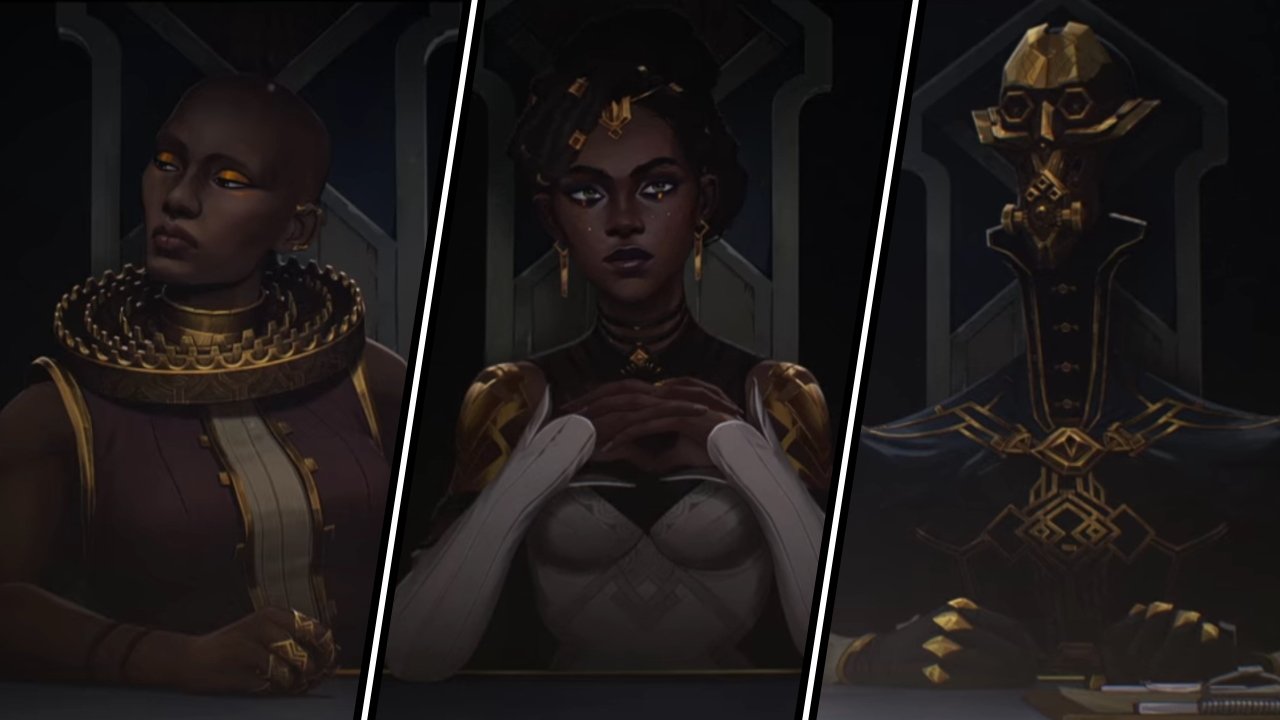 Netflix’s Arcane has realized the League of Legends universe like never before, and it doesn’t rely solely on characters from the video game’s lengthy roster. One of the most intriguing groups is the Council which presides over Piltover, the city of progress. Whether you’ve played League or not, you may have been wondering who the Council members are during their brief appearances throughout the show’s first season. Below, we’ve rounded up all the information currently available on the Arcane Council members to get you up to speed.

At the start of Arcane’s first season, Piltover has seven Council members. We’ll walk you through the list of them below, detailing how much and how little we know about each of them from the events of the series.

The head of the council, Heimerdinger is one of the founders of Piltover and, so far as we know, far older than the other members. Originating from a spiritual realm, Yordles do not age in the same way as humans, and so can live through hundreds of human lifetimes.

Heimerdinger is an esteemed inventor who holds a strong interest in developing technology. He’s eccentric and has grown somewhat unaware of the state of places outside of Piltover’s topside heights. He’s also highly opposed to the use of arcane arts having previously fought in a long distant war against its most powerful wielders. To learn about how Arcane’s Council Member Heimerdinger differs from his League of Legends incarnation, read our breakdown of all the League characters in the show.

Mel Medarda is perhaps the next most influential member of Arcane’s Council. An adroit social manipulator, she excels at getting others to behave as she wants and needs them to. Mel describes herself as an outcast from her home nation of Noxia, having proven unfit for her warlord mother. She rose through the ranks of Piltover’s elite to establish herself as head of one of the richest clans in the city. Mel is extraordinarily driven, and seeks to put Piltover on the world map to a greater degree.

The head of the Kiramman family holds our next seat on the council. Mrs. Kiramman leads one of the most prestigious clans in the city and is a patron of Jayce’s various inventions. She’s also the mother of Caitlyn, another of Arcane’s League of Legends stars. We get a bit more of an insight into the Kiramman household from Caitlyn’s viewpoint, and it’s clear that Mrs. Kiramman holds much stricter viewpoints on matters than her husband. She’s trained to use a hunting rifle, and doesn’t think much of people from the undercity.

Hoskel is shown as a brash, self-centered and occasionally dim-witted man with little care for much beyond the success of his trade routes. He is easy to anger, dislikes the undercity, and is often manipulated by the other council members. Hoskel is involved in varying degrees of corruption within Piltover, such as importing illegal Noxian spirits. He’s noted to dislike Councillor Salo and is allergic to Ginko nuts. As with many of the Council members to come, we know very little more about Hoskel or his clan.

Bolbok is one of the most intriguing Arcane Council members, largely because we know very little about them. This seemingly robotic person explains how their race – currently unknown – was almost destroyed by arcane magic in the past. It’s likely that this had some relation to the League universe’s Rune Wars, which in League lore the wizard Ryze seeks to prevent occuring again. It’s also likely that this is the same event Heimerdinger makes reference to when highlighting the threat posed by magic. Bolbok mistrusts arcane forces and has no love for the undercity.

Next up we have Shoola, aka, the lady with the cool neck device. Much like Bolbok, we know very little about Shoola. She values the trade network that Piltover’s hextech has enabled, but also notably speaks in support of undercity inhabitants, claiming that the council has “lost touch” with them and they’re still constituents. Mostly, we’re just here for those cool neck gears and finger decorations though.

And finally, the posh and smarmy Salo. Much like Hoskel, Salo is shown as self-absorbed and content in the frivolities of upper-class life, albeit with a more traditionally refined manner of speech. He’s opposed to military measures as a first response but typically looks to the other Council members for leadership. Salo is also involved in some levels of corruption relating to imports, and is often seen snacking on Ginko nuts.

If you're after more Arcane character coverage, have a read of our roundup of who's who in Arcane, which lists all the League of Legends characters who pop up in the show.