The party starts next week. 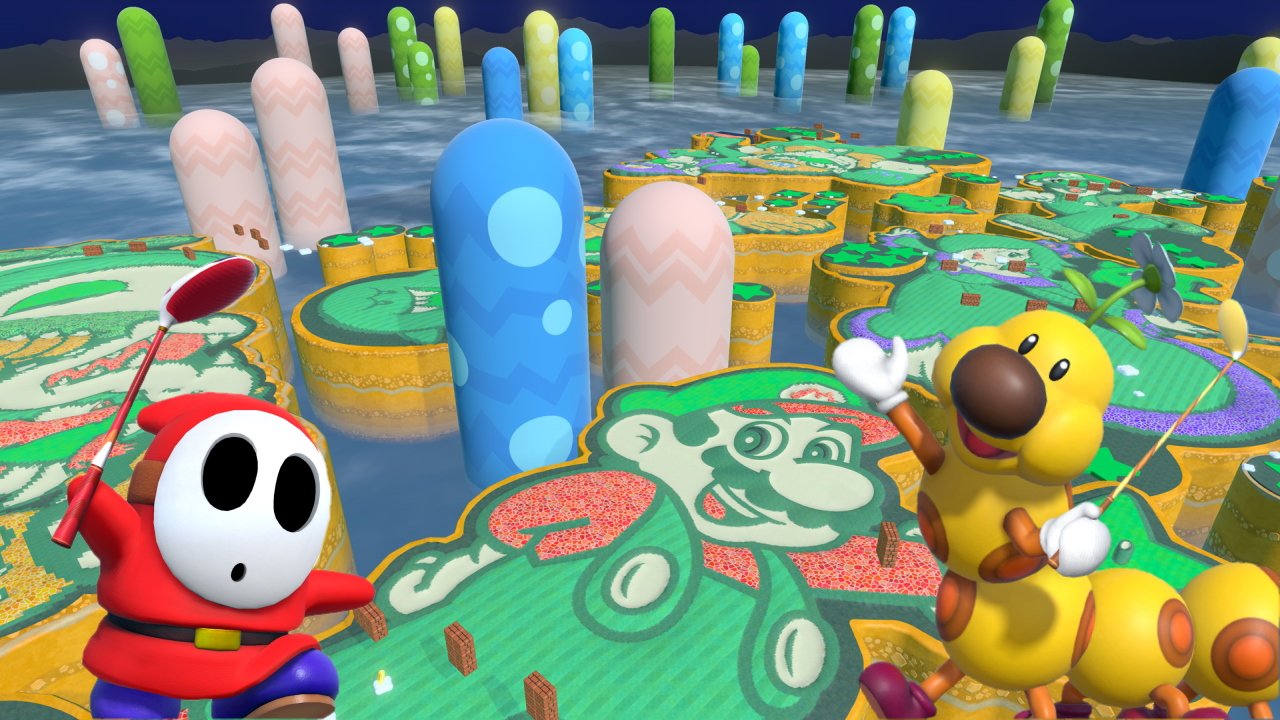 Everything we know about the mysterious Council members of Arcane's topside society.

Donning their golf caps (metaphorically, we’re afraid) as new characters are Wiggler and Shy Guy. The former brings his iconic red rage to the usually gently game of golf, growing angry whenever he’s attacked or uses his special shot. An enraged Wiggler will hit the ball harder and also runs faster in the game’s Speed Golf mode. The diminutive Shy Guy, on the other hand, is described as “a well-balanced, all-around characters that is easy to use in any situation.” He can even call on his rotor-blessed brethren the Fly Guys to carry him during a Special Dash.

New courses are likely the main new attraction here, and these new ones don’t look set to disappoint. Shelltop Sanctuary is, much like New Donk City, a short course in which all 18 holes are Par 3. Much like New Donk, you can also choose between the Amateur and Pro versions to adjust the Green locations.

All-Star Summit is a celebration of all things Mario, being built out silhouette patterns of the series’ leading stars. Brick blocks are littered throughout the course which can be broken to obtain coins that power your Special Shot.

A new mode called Target Golf has also been added. Anyone who has been to a Top Golf style driving range will know the score here. Players take turns teeing off and aiming for a circular target, earning points based on how close their ball lands to the center. Additionally, the One-On, One-Putt mode has been added to the game’s Solo Score Challenges. In this, you need to hit the green with your first swing and then putt into the hole on your second shot.

The last free content update for Mario Golf: Super Rush is out now.

Tee off with Shy Guy and Wiggler, plus get into the swing of new modes and courses! https://t.co/SI9Hp97dWO pic.twitter.com/6lGuN0RrwC

Finally, a few game balance adjustments rejigging how much energy Coins generate and whether spin applies to Flag and Pin shots have also made their way into the patch. You can read the full details here.

Mario Golf: Super Rush’s first post-launch update in August saw the New Donk City Course added alongside Toadette and an online Ranked mode. The second batch in September added Ninji and Koopa Troopa to the playable roster, along with two new courses in Blustery Basin and Spiky Palms. With another two characters and stages arriving in the final update, the game has received a healthy level of support from Nintendo. Here’s hoping that Mario Party Superstars is next on the DLC roster.