Animal Crossing: How to find inspiration for your island 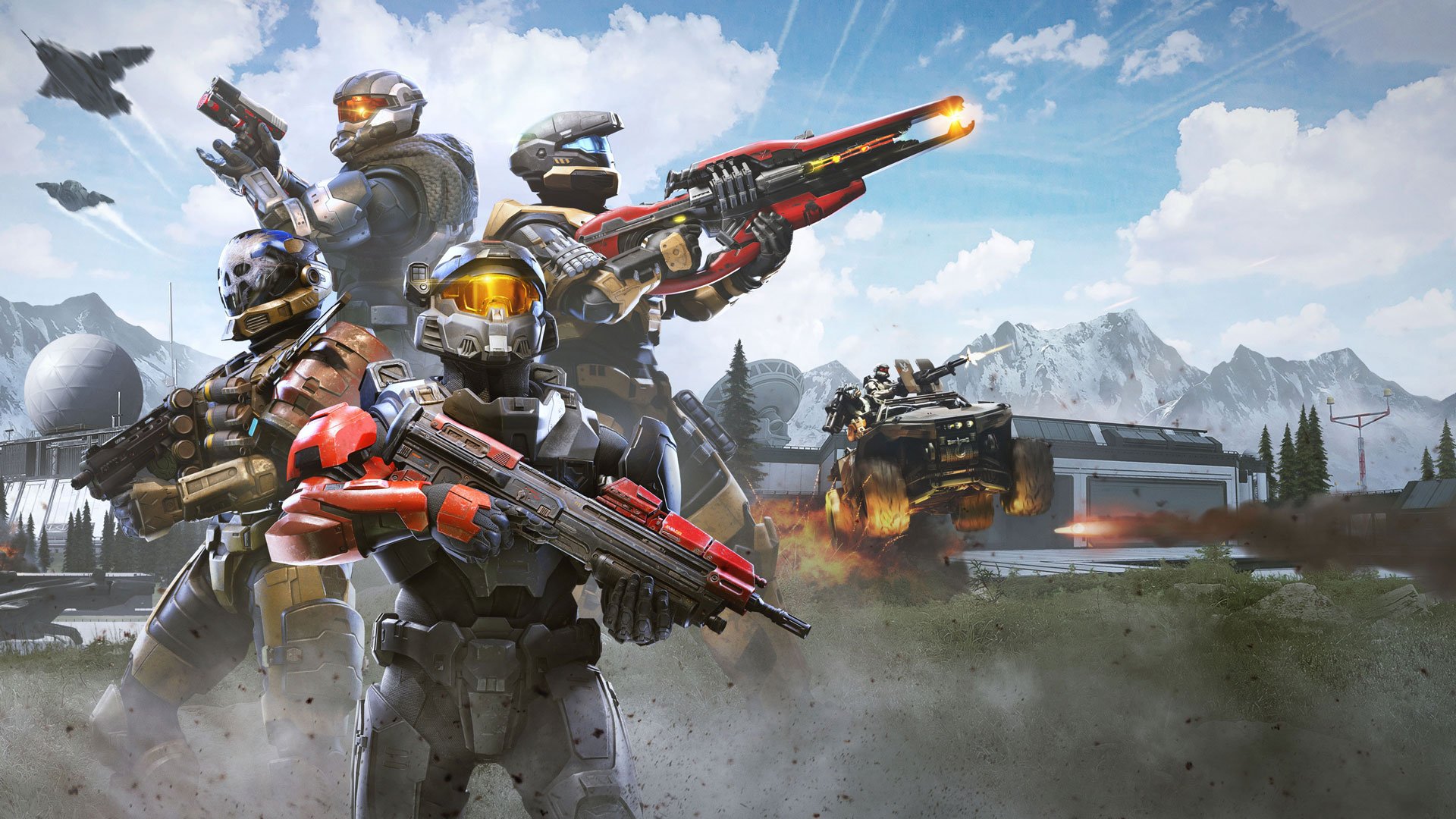 Halo Infinite: How to get credits

Learn how to get credits in Halo Infinite and what you can spend the game's premium currency on.

In many ways, Halo Infinite is more Halo than the series has been in ages. But if you’ve gotten used to other FPS games since your last bout of warthog warfare, it’s easy to forget that things work a little differently here. Whether you’re a newbie Spartan or making a rusty return, we’ve rounded up some key Halo Infinite beginner’s tips and tricks to remember when jumping into the online multiplayer.

1. Shoot then melee (or grenade)

Halo’s combat follows an unusual cadence when compared to other shooters. Using your weapon effectively means more than just staying on target. You also need to learn the fastest way to take down an opponent’s shields before you finish them. For the basic Assault Rifle, here’s the general gist:

Taking a one-on-one fight? Follow this structure: shoot until you break shields, then, if you’re close enough, melee for an instant finisher. If they’re further away and out of cover, keep on firing. If they’re close to something they can hide behind, toss a grenade into their potential hidey hole.

If you come face to face with someone unexpectedly, however, the order is reversed: melee first to break their shields before gunning them down. Melee will only insta-kill when shields are very low or already broken (or if you hit from behind). It might seem sensible to flail around with punches to kill an enemy in two hits, but it’s almost always faster to shoot then melee or vice versa.

2. Use your grenades to start or end fights

Grenades are immensely powerful in Halo Infinite. While a well-placed plasma grenade is the only one likely to kill an enemy outright, All the grenades have their uses. The two frags you start with are fantastic initiation or fight-ending tools. You can toss them far, and they’ll bounce off walls to help you hit anyone hiding out of sight. You can swap between grenade types using N or D-Pad Left. Here’s how the other grenades work:

While we’re on the topic of shields, watch out for your own. Once your shields are popped, a few stray bullets is all it’ll take to kill you. It takes several seconds of receiving no damage for your shields to recharge, and you should make sure that they do

Each time you win a fight, check your shields and stick to cover until they’re back to full. You want to take every fight either on equal footing or, ideally, at an advantage. There’s no point throwing your unprotected self at the enemy lines.

4. Aim for the head only when shields are down

Headshots usually make the difference in competitive shooters, but Halo isn’t your typical shooter. While shields are up, headshots deal no extra damage whatsoever. As a result, it actually pays to aim at center mass with most weapons. Not only are you making your life easier, you’ll also hit more shots from the spread of full-auto weapons like the basic Assault Rifle.

Once shields are down, however, headshots deal drastically increased damage. Precision weapons like the Sidekick Pistol and Battle Rifle will reward careful aim here by downing foes instantly. It pays to learn how many shots it takes to break a shield with a given weapon, so you know when to adjust your aim upwards.

The one exception to this rule is the S7 Sniper Rifle. This meaty weapon will instantly kill an opponent through shields if you land a shot to the dome. Anywhere else will require two hits. Always aim for the head when sniping.

This isn’t a strict rule, but carrying one plasma weapon and one bullet-based weapon can allow you to break shields easily with the former before swapping to the latter to finish the job. Halo wants you to use a variety of guns, so get used to swapping between them. Speaking of which...

Key power weapons or upgrades like the SPNKR Rocket Launcher or Active Camo will be marked on your map with their time until spawning. In modes like Slayer, entire matches can revolve around these spawn timings. Keep an eye on them, but remember that your opponents will be too.

Arguably more important for a beginner, however, is learning where the other standard weapons spawn. If you’re a decent shot, trading your base Assault Rifle for the Battle Rifle will reward you in ranged fights tremendously, and the same applies to the Commando. As you circle the map, take note of the spawn points you find these weapons in – they’re typically in cabinets attached to walls and close to player bases/spawn zones. You can use the AI Scan (mapped to Z or D-Pad Down by default) to highlight nearby weapons so you can easily locate them.

For some power weapons, you can see how long it’ll take them to recharge by looking at the pad they spawn on. A ring of light will slowly fill up during the recharge time, allowing you to quickly check if it’s worth hanging around.

You’ll pick up various bits of equipment while running around Halo Infinite’s arenas, including a grapple hook, booster, and repulsor. These tools are easy to forget during fights, but can prove invaluable. The grapple hook is phenomenal for soaring across the game’s larger maps, but the booster and repulsor come into their own during close quarters fights. The former offers a short burst of speed that’ll get you into cover or after a fleeing foe, while the latter can reflect grenades or, when aimed at the floor, send you flying upward to jump to a new level. Practice using them or you’ll risk forgetting their existence all together.

With no minimap in sight, the radar is you next most powerful tool. It’s hidden down in the bottom left of the screen, making it easy to overlook. Get used to checking it often, as any nearby enemies running or shooting will be marked by a red dot. This is one of your best tools for keeping track of enemy positions on close-quarters arena maps.

9. At launch, the battle pass only levels up through challenges

Currently, you'll only work your way through the battle pass by completing the daily and weekly challenges visible from the game's main menu. There is no XP earned simply for playing matches. That means you'll need to collect specific weapons or play in certain modes to make progress. And given that the modes are jumbled into playlists currently, you don't have much control over whether you can or can't work on the challenges. Make sure you check them before you start playing to ensure you know what you're aiming for. This sytem may change, however, as 343 Industries has already received a lot of backlash regarding the current progressionand the way it encourages people to play.

Finally, here are a few quick tips for Halo Infinite’s various game modes that’ll give you the upper hand on the opposition.

Got any of your own Halo Infinite beginner’s tips and tricks? Share them in the comments below!