Learn the Halo Infinite controls for both PC and Xbox platforms so you can make a star of your Spartan online. 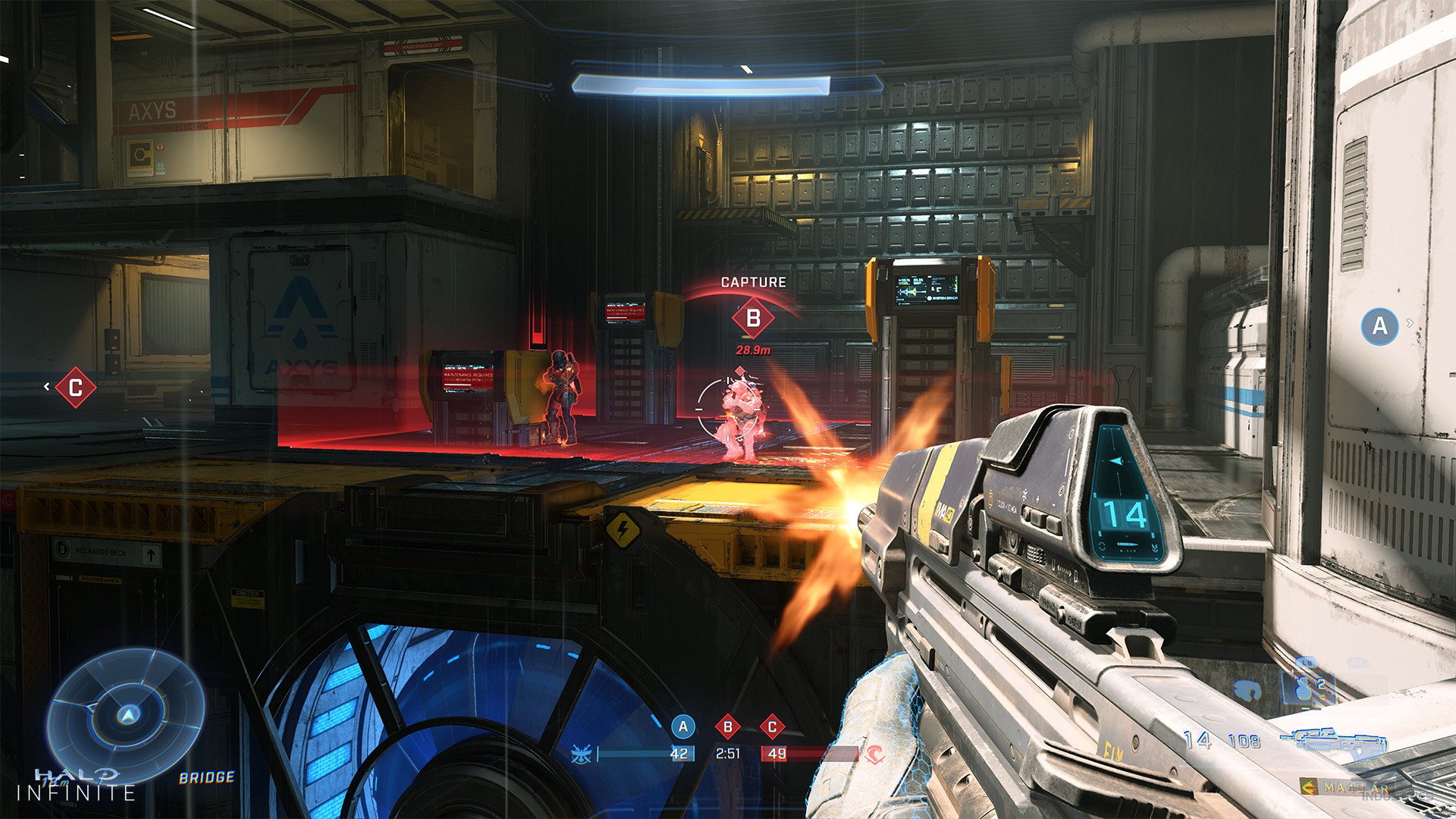 Learn when the Fractures: Tenrai event starts in Halo Infinite and how you'll get the Yoroi armor set.

Last night Microsoft and 343 Industries announced that the free-to-play multiplayer bit of Halo Infinite is available now for everyone on Xbox One, Series S/X and PC to download.

The full game, complete with campaign, is scheduled for release on December 8, though the multiplayer has been in beta testing flights for the last month and is now going into a full open beta.

Releasing a month ahead of time is a nice surprise for Halo fans, and as part of the new schedule the first season of the free-to-play multiplayer's battle pass, Heroes of Reach, will be extended until May 2022. 343 Industries said this was part of their planning to ensure they have the time to hammer out post-launch bugs and prepare the next season of cosmetic and gameplay updates while also giving staff plenty of time to rest.

We're sure the devs at 343 will appreciate the promise of a quiet Christmas, no matter what happens with the game's final release. The servers have already been busy, with the Steam release attracting more than 270,000 concurrent players overnight. As Steam is just one of the platforms you can play on, and potentially not even the biggest audience segment, we'd say it's been a pretty successful shadow launch.

The time is here, Spartans! You should know be able to download the #HaloInfinite beta! If you're still experiencing an issue downloading the game, please restart console or Xbox app on PC. If you encounter a blue screen after that, please file a Halo Support ticket. https://t.co/KkDEVPhiP0

Xbox players had to wait a little while to play, though, as the sudden release of the game resulted in players staring at a baby blue screen for long periods as it prepared to be run for the first time after downloading. Support teams rectified the issue within 30 minutes of identifying the problem, though. Speedy!