The Baccarat x Pokémon collaboration is the series' most expensive 25th anniversary celebration yet. 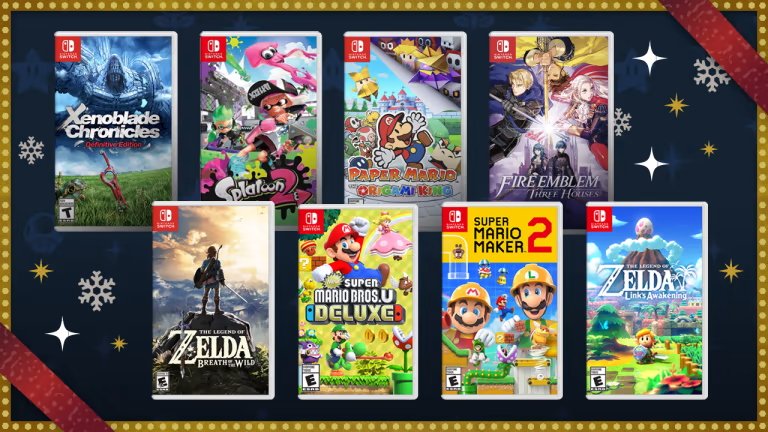 Nintendo Black Friday deals reveal early discounts in the US

Stay cool while you steal stocks from the opposition.

With Black Friday steadily approaching like an unstoppable train of consumerist carnage, companies have begun to tease the deals they’re planning to offer. The first Nintendo Black Friday deals have been revealed for the United States, and they include discounts on a selection of third and first party titles.

Revealed on Twitter, the deals listed below aren’t necessarily the only offers we can expect from Nintendo when Black Friday hits on November 26, they’re just the first we’ve been informed of. Nintendo of America's offerings will go live on the online store from November 21 through November 27. Here are the Nintendo Switch Black Friday 2021 deals we know of so far:

The following Nintendo Switch games will be discounted to $39.99:

As for hardware, the only Switch deal revealed so far matches last year’s. A Nintendo Switch console with a three-month online subscription and download code for Mario Kart 8 Deluxe will be available for $299.99.

Finally, and perhaps more tantalizing of all, Mario Kart Live: Home Circuit – Nintendo’s remote-controlled AR racing game – will be available for $59.99, a discount of $40 from the RRP.

Expect further Black Friday deals to be announced in the coming weeks as retailers and companies reveal their offers. It’s likely that we’ll see a fair few more offers on systems like the Nintendo Switch and Switch Lite, though supply issues may limit stock availability in many regions.