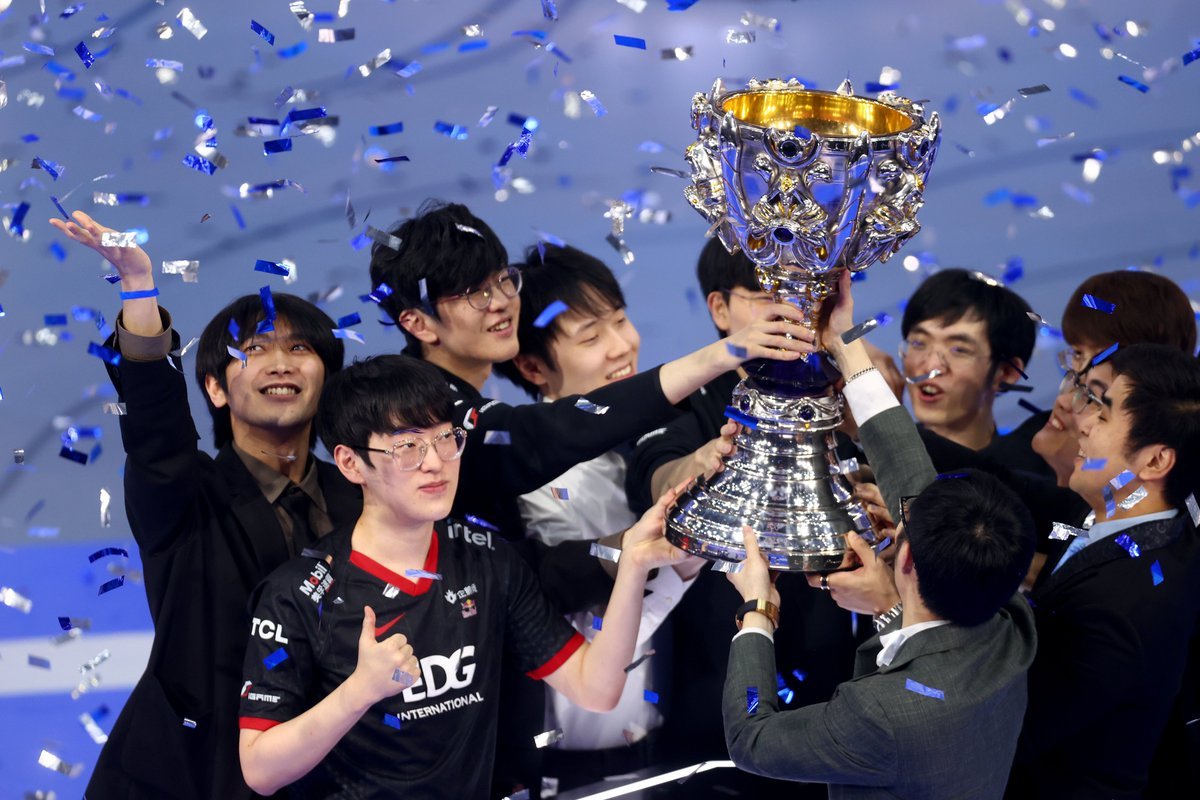 In a gruelling 5-game final, triggering the obligatory Silver Scrapes soundtrack, EDG bagged their first Worlds trophy and $489,500 in prize money. The side finished every game in the knockout stage playoffs with a 3-2 win, taking the hard route to victory.

After taking the first game in the grand final series, EDG then conceded the next two matches to DAMWON, before clawing back the final two games. The all-important last match ended as the second longest game of the knockout stages, over a brutal 41 minutes to claim the title.

The squad of mostly rookie players – led by SKT T1 veteran, and eventual tournament MVP, Scout – saw off plenty of senior sides on their path to the grand finals, including fellow LPL finalists Royal Never Give Up and South Korea's Gen.G.

Ultimately the play-off stages came down to a China vs South Korea affair after America's sole hopes Cloud9 dropped out in the quarterfinals to a resounding 3-0 loss at the hands of Gen.G, and Europe's MAD Lions suffered a similar sweep by DAMWON.

Three-time Worlds champ Faker failed to make it to the grand finals with SKT T1 after also losing to DAMWON in a close semifinals, however even with that notch on their belt, DAMWON were unable to complete the winning run after EDG's remarkable comeback.

After EDG's historic win, breaking their streak of five appearances at Worlds without making it past the quarterfinals, fans in the org's home country of China took to the streets to celebrate.

In university dorms, LoL players cheered and chanted into the night, and gathered in the streets despite the grand finals ending around 2am China Standard Time. As expected of a country with a reported 400 million esports fans.

Congratulations to Worlds 2021 champions EDward Gaming! If you're after even more celebrations of LoL it has been a bumper weekend for Riot, with Netflix's anime adaptation Arcane getting a glitzy premier watch party for the first three episodes.