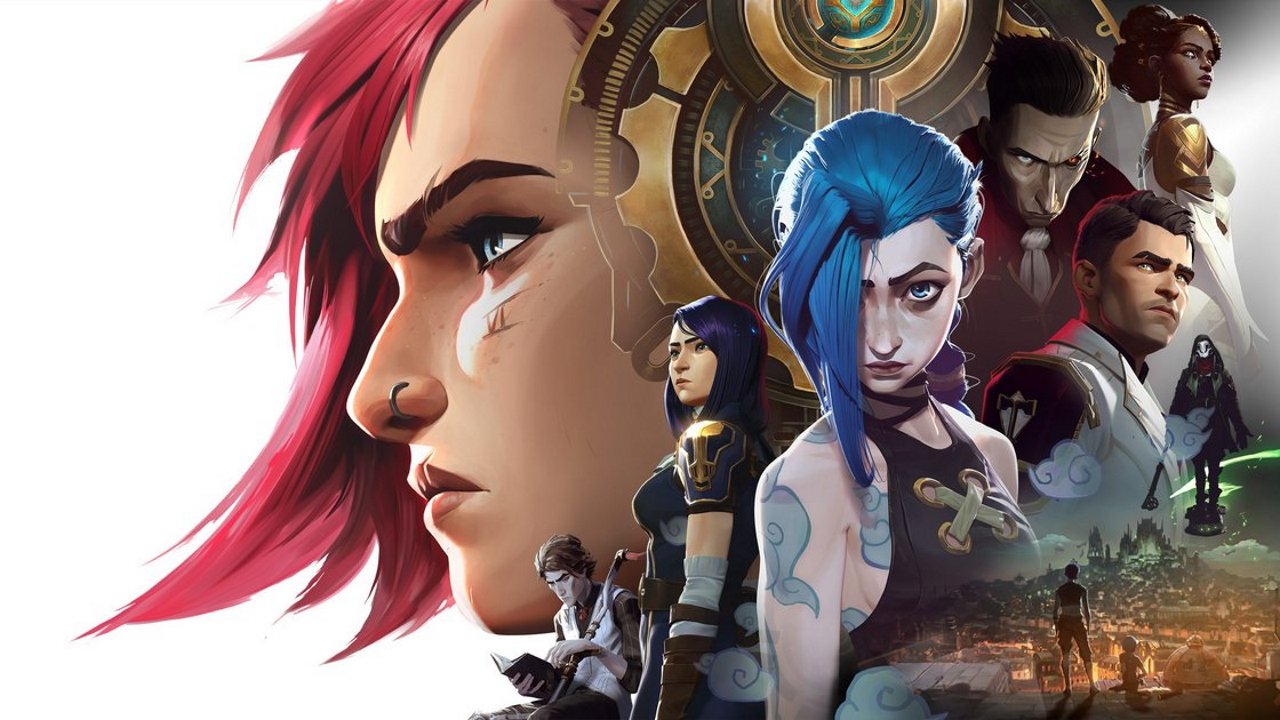 League of Legends’s very own Netflix series, Arcane, debuts this week, with characters like Jinx and Vi taking center stage in an animated story made for moba fans. To celebrate the launch, developer Riot Games is organizing the RiotX Arcane event. Spanning across Riot’s full catalog of titles, the party kicks off with the League World finals and the premiere of Arcane’s first episode. We’ll take you through how to join in the watch party, ensure you get access to the RiotX Arcane Twitch drops, and make sure you know what’s happening in games like League, Valorant, and Legends of Runeterra.

RiotX Arcane watch party: How to join in

The Arcane series may be hosted on Netflix, but the premiere will take place on Twitch. Tune in to the League World Finals at 5am PT (8am ET / 12pm GMT / 1pm CET) on November 6 and you’ll be able to enjoy an Arcane-themed opening to the events with performances by Imagine Dragons, Bea Miller, JID, and Denzel Curry.

The show will transition at 5:30pm PT (8:30pm ET / 12:30am GMT / 1:30am CET) into the Arcane Global Premiere, which is being co-streamed by several streamers. The first episode is expected to start at roughly 7pm PT (1pm ET). That’s a rough slot for European audiences, so Riot is also hosting an EU rebroadcast on November 7 at 11am CET (10am GMT).

The simplest way to watch the show is by heading over to the Riot Games Twitch account in advance of the show start. We’ve embedded it below for easy access.

How to get Arcane Twitch drops

To make sure you get your Twitch drops, you first need to connect your Twitch account to your Riot Games account. If you haven’t done this already, follow these steps:

With your account linked, all you need to do is watch the Arcane Premiere show on the Riot Games Twitch channel or an affiliated streamer and you’ll have a chance to receive drops.

If you don’t want to watch through Twitch, you can also sign into your Riot account on the official Arcane website. Watch the premiere live there while signed in and you can also claim your rewards in-game.

Here are the confirmed Twitch drops for the premiere:

Watch parties, @Twitch drops, global emotes— oh my! Check out all the sweet loot unlocking for @arcaneshow during the #ArcaneWatchParty happening across all your favorite games! pic.twitter.com/jUgo6oHpjJ

If you miss this first chance to earn the drops, co-stream for later episodes are also planned with drop availability. We recommend checking the Riot Games social channels to be sure you know when they’ll take place.

To offer an insight into the world of League of Legends and the Arcane series, Riot has created a prologue website which allows you to explore and learn more. By logging into your Riot account here on the RiotX Arcane website, you can navigate through pages to discover details about the series and also earn some in-game items for League of Legends and other Riot titles. We don’t want to spoil the enjoyment, so dive into the website before the showcase to have a play around and find out more.

Riot’s catalogue of games will be hosting Arcane-themed events to celebrate the show’s launch. Here’s what you need to know for each title.

League is releasing free Arcane skins to players and updating the look of Summoner’s Rift. Look forward to free skins for Jayce, Vi, Caitlyn, and Jinx.

League of Legends: Wild Rift is getting an Arcane Experience in-game event. During the event you can earn Arcane Jinx and Vi skins by scoring daily login rewards. There’s also a themed Guild v Guild event that’ll include Jinx vs Vi.

A new permanent PvE mode is coming to Legends of Runeterra called The Path of Champions. It’ll include a story based in Piltover and Zaun which features Jinx and others from Arcane.

Gizmos & Gadgets is set to continue in Teamfight Tactics with Arcane-themed Tacticians and Chibi Champions being added to the game.

Riot’s FPS may not directly link with the League universe, but it certainly isn’t missing out on the fun. A free RiotX Arcane pass releases later today and runs until November 22. Players can work through its 10 levels to earn Radianite points, a spray, a player card, a gun buddy, and more. There’s also an Arcane Collector’s set available for 2,380 VP during the same period which includes an Arcane Sheriff and Monkey Business Gun Buddy.

While it may be not be part of Riot Games' catalogue, a recent deal with Epic Games has seen Riot's titles added to the PC distribution platform. As part of the collaboration, Jinx has made her explosive debut in Fortnite as a new skins players can purchase. Click here to learn more.

That’s everything there is to know about the RiotX Arcane event. If you miss out on the premiers, you can catch the Arcane show on Netflix from November 6. It’s a special celebration for Riot Games, so claim the free rewards while you can get them!