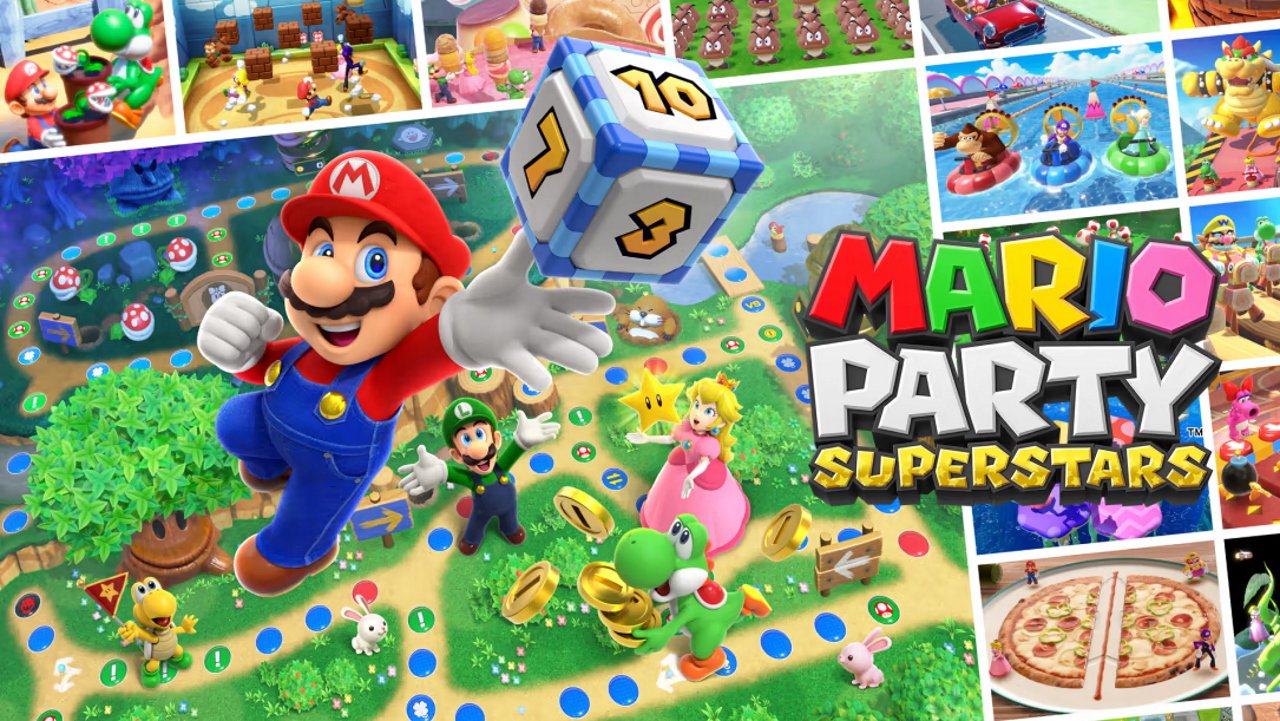 If you scraped all the decorations from Princess Peach’s birthday cake, what would you be left with? Something tasty and functional, sure, but you know that it could be so much more. After a weekend of dice tumbling and minigame mashing, that’s exactly the feeling that Mario Party Superstars has left us with.

Don’t get us wrong – we don’t mean to imply that Superstars is a letdown. In fact, it’s the best the series has been in a really, really long time. 2018’s Super Mario Party wasn’t bad by any measure, but there’s a reason everyone talks so fondly of the Nintendo 64 originals. Mario Party of old wasn’t just silly, it was mean.

Take a tour of Mario Party Superstars’s courses and you’ll see exactly what we’re talking about. Princess Peach’s cake allows you to plant “strawberries” that’ll grow into rival-munching piranha plants. Playing on Space Lab? Expect to be harassed by runaway drivers and, if you’re unlucky with timing, blasted by Bowser’s gigantic cannon – keep your mind out of the gutter, folks, this is still a family game.

No matter which map you choose, Koopa Troopa banks litter pathways like highwaymen, their operators eagerly awaiting the chance to extort coins from purses of passers by. And if your steps awaken the King of Koopas himself? Well, you’d better hope he’s feeling generous enough to pull everyone into one of his life-or-death minigames instead of punishing just you.

Superstars’s maps are fiendish fun, and most come overflowing with branching paths and interactive elements. The full roster is stellar, making Super Mario Party’s four cramped and overly gentle designs appear little more than barren loops of coin-generating tedium. No matter how uplifting your minigames are, a handfull of dud boards will always weigh down the party balloon.

So yeah, Mario Party Superstars is class. But here’s the problem: There are only five boards. The original Mario Party featured eight. Its two N64 follow ups had half a dozen each. Assuming we’re sticking solely to the N64 originals, that means Superstars is working with just a quarter of its full potential. Not every stage was a stunner, certainly, but there are still plenty of brilliant boards like Western Land and Waluigi’s Island just waiting for Nintendo to slide them from the retro shelves and dust off those low-poly cobwebs.

In its GameCube and Wii days, the series slowly degraded into a turgid mess of throwaway gimmicks as each title attempted to offer different mechanics to the last. Mario Party 10's shared car? We’re looking at and definitely judging you. The less said about the Mario Party 7 microphone, the better. With Superstars, however, Nintendo has reset the clock. Rather than focus on new releases with ever stranger systems, this is a chance to expand on a fantastic base.

There’s so much DLC potential with Superstars, be it through boards, minigames, or even filling out the weak character list. We’d take a highlight tour of the series' best, but it’s just as easy to imagine game-themed packs adding boards and minigames from a given title. Heck, we’d even argue that the GameCube’s Mario Party 4 is worth rummaging through, because Goomba’s Greedy Gala is a stage that slaps – literally if you laugh at your friend’s roulette misfortune one too many times.

Nintendo is certainly teasing the idea too. Superstars asks players to vote for their favorite minigames and maps when establishing their Party Card – globally recorded statistics that the company is no doubt noting to influence their future choices. Whether they act on it with this title, however, is another matter entirely. Surely, though, if Mario Golf: Super Rush received an extra course or two, there's something rumbling down the circular green pipeline for the popular party as well.

Mario Party Superstars is the perfect foundation on which to construct the finest bash the Mushroom Kingdom has ever seen. Don’t let us down like you did with Super Mario Party, Nintendo. It might sound greedy, but we want more than to have our cake and eat it. Peach’s larder of minigame magic is crammed with the ingredients needed for a showstopper like no other. Go on, crack it open and indulge us.