Project Zero: Maiden of Black Water - How to change costumes

Learn how to buy and change costumes in Project Zero: Maiden of Black Water so you can exorcise spirits in style. 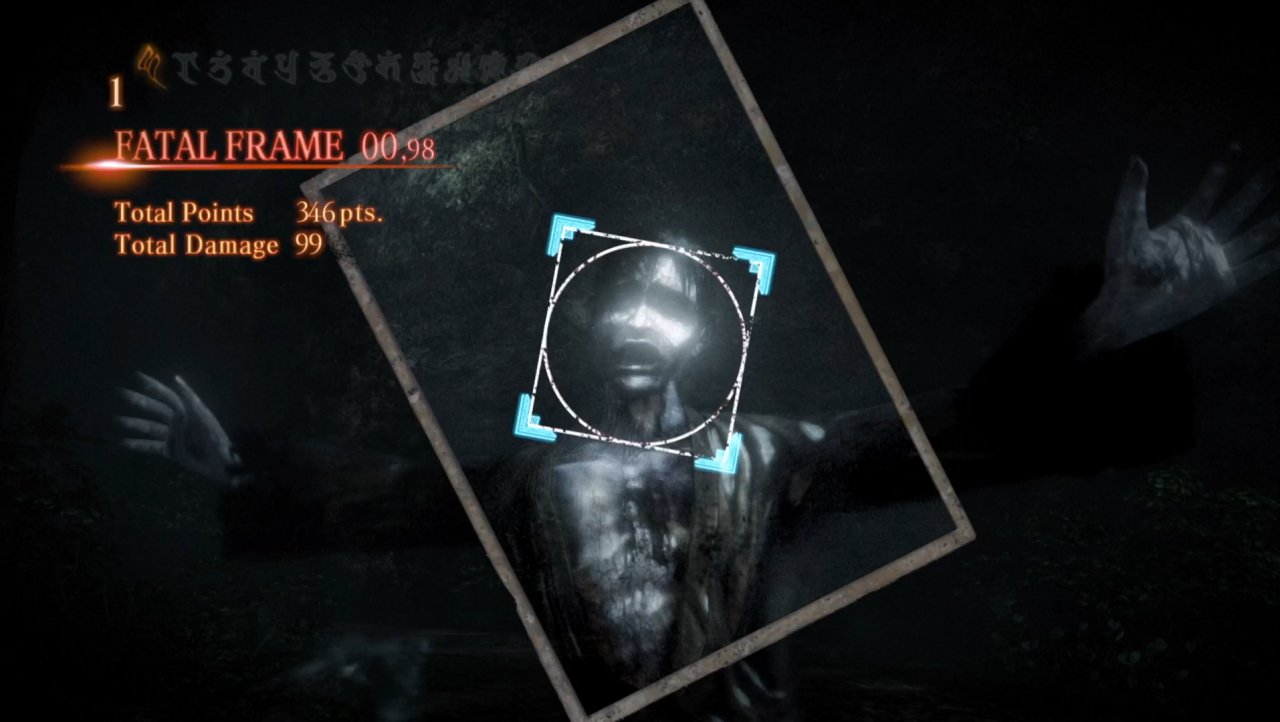 You can stream Banjo-Kazooie Re-Jiggyed now for a new take on the N64 classic's soundtrack.

Fatal Frame: Maiden of Black Water (or Project Zero, depending on where you choose to buy it) tasks you with heading to a haunted mountain armed with little more than a slowly-reloading camera. Sure, it’s a camera capable of exorcising spirits, but it’s still not exactly a premium weapon choice for a video game protagonist. To ensure you’re maximizing both the damage you deal and the points you earn per mission, we’ve put together some Maiden of Black Water tips and tricks that beginners will want to take note of.

Combat isn’t the only time you’ll need to snap a quick photo in Maiden of Black Water. At regular stages in each mission, spirits will appear either in the center of your vision or hidden in unusual locations. Keep your finger ready to tap that camera button at a moment’s notice, as you won’t have long to capture a photo before they vanish.

These ghosts aren’t aggressive, and you don’t need to line up a perfect shot. So long as the camera registers them, you’ll fill out your ghost compendium and earn a tidy sum of points to spend at the end of the mission. For this reason, you should swap to the infinite-ammo 7mm film type when out of combat. You don’t want to waste your best, high-damage film on a fleeting spirit snap. There are loads that’ll pop up in a single level, so make sure you’re ready to snap them when they do.

2. Items are worth points, so don’t waste them

At the end of each level you’ll receive a score based on the photos you took and the items you’re holding. Rarer film types are worth a lot of points, so we recommend holding on to them unless absolutely necessary. The first four or so episodes are pretty easy, meaning you can complete them using only the free, infinite supply film. All the other film types you stock up on during the level will score you big points and stock you well for later boss fights.

The same applies for healing items, too. It’s better to spend a few medicinal herbs instead of wasting Spirit Water, and given you can heal at any time by pausing, you only really need to bother when running extremely low on health. Once you’ve maxed out your space of a certain resource, feel free to use it. But otherwise? Save it for the score. Purifying Embers and Mirrorstones in particular will net you a tidy sum at the end of any run.

3. Don’t be afraid to run away

This Fatal Frame: Maiden of Black Water tip is for cowards – smart ones, that is. Most spirits you’ll fight in Maiden of Black Water are fairly slow. The danger comes when they get close or group up on you. To avoid damage, remember to drop out of the camera mode and run away every now and again. If a ghost gets too close or you’re surrounded, sprinting a short distance will open up the room required to set up camera shots and often helps get multiple ghosts in one frame, allowing you to deal extra damage.

4. Use NPCs during fights

At several points in Maiden of Black Water you’ll be partnered with another NPC who follows you around. Whenever you have to fight spirits during these sequences, it helps to get the NPC you’re with in shot. They’ll add an orb towards delivering a maximum-damage shot which staggers your target, making it easier to finish spirits quickly. Often, ghosts will also grab your companions instead of you, making them a very easy target. It feels cruel, but stick them between the spirit and you, and you’ll find fights much easier.

If you can muster the courage, waiting for a ghost to lunge at you before you snap a photo is the best way to deal major damage. So long as you keep them in shot, your camera view will flash red, indicating the chance for a Fatal Frame photo. Snap a photo during this window and you’ll stagger the ghost, deal massive damage, and open up the chance for follow-up photos.

If you successfully take a Fatal Frame shot, spam the photo button afterwards and you’ll be able to take several images in quick succession. This will deal an extra chunk of damage and is great when paired with a more powerful film type. Each ghost has a certain attack animation you’ll need to learn, so get used to it and you can score Fatal Frame shots with ease.

6. Use your lens powers

You’ll unlock different lens types in Maiden of Black Water which allow you to unleash powerful camera shots that stun enemies, heal you, or deal extra damage. Most of these require you to fill your spirit gauge, shown in the bar at the bottom of the screen. It’s extremely easy to forget about these powers, but they can get you out of a tight spot or deal hefty damage during a boss fight. Remember to use them.

While unlocking costumes is certainly a fun way to spend the points you earn, you should also be committing them to upgrades for your cameras and lenses. These expensive improvements can be accessed from the in-game menu, and will boost the reload time, damage, effects, and more for your camera. Given just how expensive the upgrades are, we’d recommend opting for damage and reload time over anything else.

Got any of your own beginners tips and tricks for Fatal Frame: Maiden of Black Water? Share them in the comments below! Head to our hub page for more tips and tricks that'll get you safely through your haunted outings.