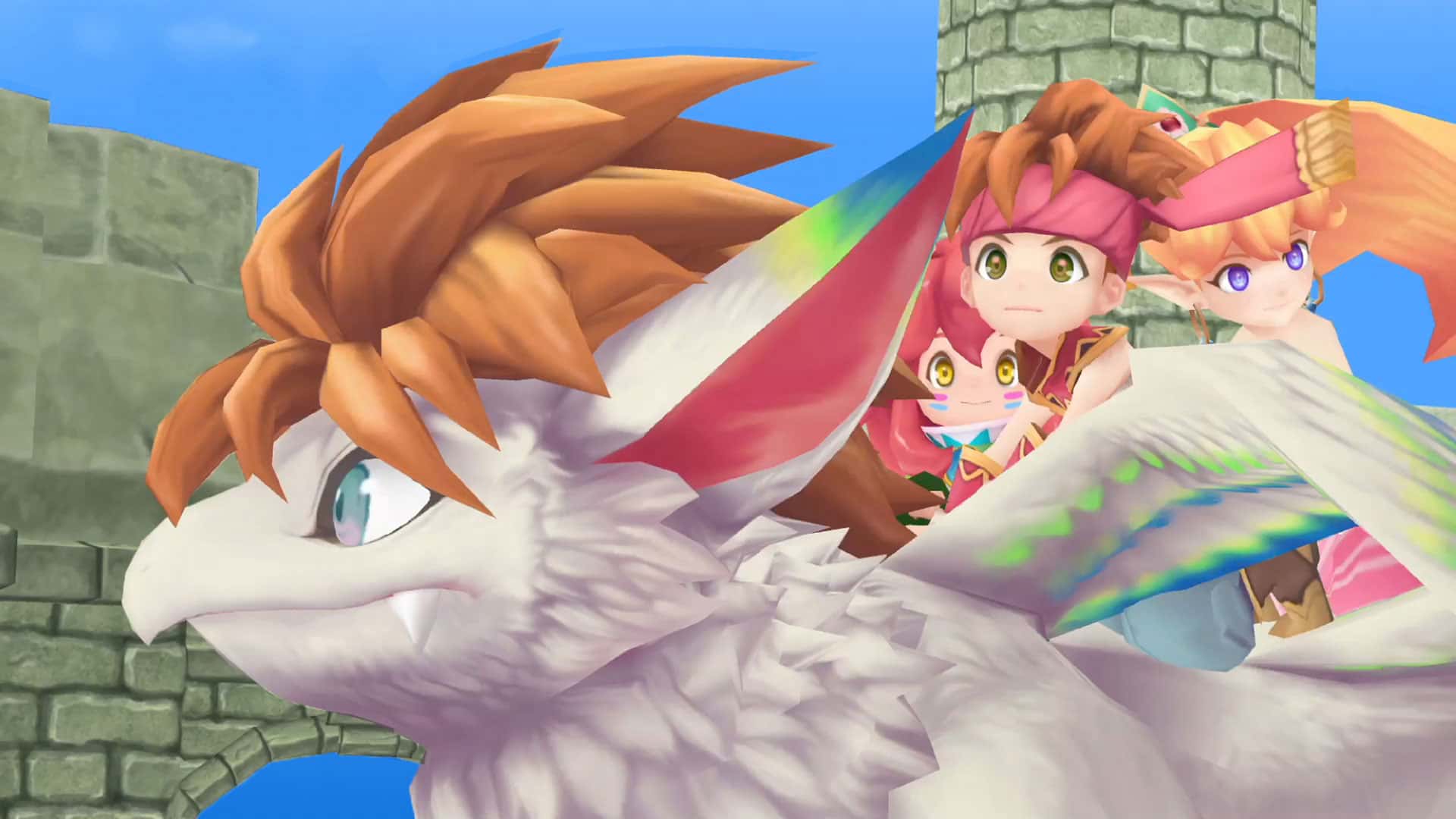 Secret of Mana HD review: Nice, but not enough

We long for the day that Square Enix RPGs are gathered as one definitive collection across all platforms. The legends as they were originally coded, preserved for posterity, available to indulge as readily as the written works of Tolkien, Lewis and Le Guin. It’s deserved, overdue.

While the possibility seems likelier every year, between times we have stumbles such as this remake of Super NES classic Secret of Mana. Despite best intentions, it has failed to charm audiences as it should. It raises the question of what we expect to receive from a remake, thinking further ahead to the long-awaited Final Fantasy VII project especially.

Rather like storming the back catalogues of musicians such as Bowie, movies from Kubrick and novels from writers such as those mentioned above, not everything is going to hold up to scrutiny. Which is why we would argue that highlighting the least accomplished elements of old games is a miserable exercise best avoided. There are reasons why classics are loved.

Secret of Mana is by a long way one of the most cherished adventures of the 16-bit era, telling the simple story of a hero called Randi who finds the mythical Mana Sword with which he, and his charismatic accomplices, strive to thwart a powerful and evil empire. Writer Hiromichi Tanaka led audiences through an elegant tale woven around familiar themes of nature versus technology, and ancient gods awoken in hopes of harmony.

The art direction of Hirō Isono was perfectly placed to evoke the precious, magical mood necessary to have us share in our heroes’ plight. Music from Hiroki Kikuta complemented the contrast between lush organic and the severity of machines extraordinarily well. When it came to gameplay devices, the designers at Square took to some bold experimentation that was enthusiastically received almost 25 years ago. This is the game we remember.

To ‘improve’ the experience, and bring Secret of Mana up to date – because not everyone has a soft-spot for pixel-art nor chip-tunes – Square Enix has gone to considerable length. The decisions are commendable in theory, in particular the combat system which has been ‘enhanced’ with full 360-degree targeting capability to replace the older, more rigid system. In practice, it’s tougher to aim, while enemy projectiles have become much more precise. Arguably this is a more complex approach but it does tip the balance toward frustration.

There have been tweaks to basic menu operation too, which do make logical sense in terms of streamlining such things as our allies’ AI-commands, and being more deliberate (not as lazy) about successive instructions issued in battle. Then again, everything worked fine as it was in 1993, and fans have taken to complaining that the old ways were objectively better.

Where this 2018 remake crosses the most dangerous line in our book is the transition from 2D sprites to 3D polygon models, which messes with the aesthetic and also interferes with the control feel. The new presentation is closer to the standard of today’s popular cartoon shows, bringing style to cinematic cutscenes, but within the game they behave clumsily. In combat – where we spend the majority of our time – the animation has lost its dynamism, from frame-by-frame to fluid motion. This could be an issue of personal taste, however.

Painting over Secret of Mana's cracks

In situations where new technology could bring quality-of-life improvements – transitioning from one section of a map to another as a big example – the decision is been made to keep things as they were on the Super NES and subsequent mobile-platform iterations. Likely this has to do with balancing the game’s difficulty, and not allow enemies to pursue our heroes from one area to the next. It’s just jarring to have some aspects of the game brought up to date while others are left untouched.

To be fair, Square Enix is presenting Secret of Mana 2018 as a 3D remaster; this is not being positioned as a monumental reworking. Our standpoint is that we recall Secret of Mana as something breathtaking on Super NES. It pushed the hardware to its limit in every way, and so the impact it made was immense. A lot of the sentiment we’re seeing online is that the 3D upgrade is not ambitious enough, and that the gameplay adjustments are ill-advised.

Without wanting to commit too early with an opinion, also mindful that the story we love remains broadly intact, and the character design is faithful to the original, we would like to say that a significant something has been lost. Not with the translation this time, which was a sticking point for the Western version back in the day, but in the overall orchestration.

The Square Enix viewpoint appears to have fallen out of line with the fans on this occasion. It appears that Square Enix looked at the sum of the parts, addressing each one individually: modernising the soundtrack and visuals, revisiting certain aspects of the command systems.

Anyone who ever cared enough to crave a remake may well have pointed out that Secret of Mana, alongside contemporaries Final Fantasy VI and Chrono Trigger, felt grander than the platforms upon which they appeared. Secret of Mana deserved, and still deserves, to have the might of current generation consoles conjure that same magic, to sweep us off our feet. Make the locations more beautiful, the characters more expressive, use every trick at hand.

Obviously we consider ourselves underwhelmed by this remake, though we’ll stop short of saying we’re too disappointed. It’s good that Square Enix is raising awareness for this classic tale, which can inspire a new generation of RPG fans. However, if this is how the publisher intends to archive a collection of masterworks, they are better left untouched in our view.

The original version is still the definitive entry.