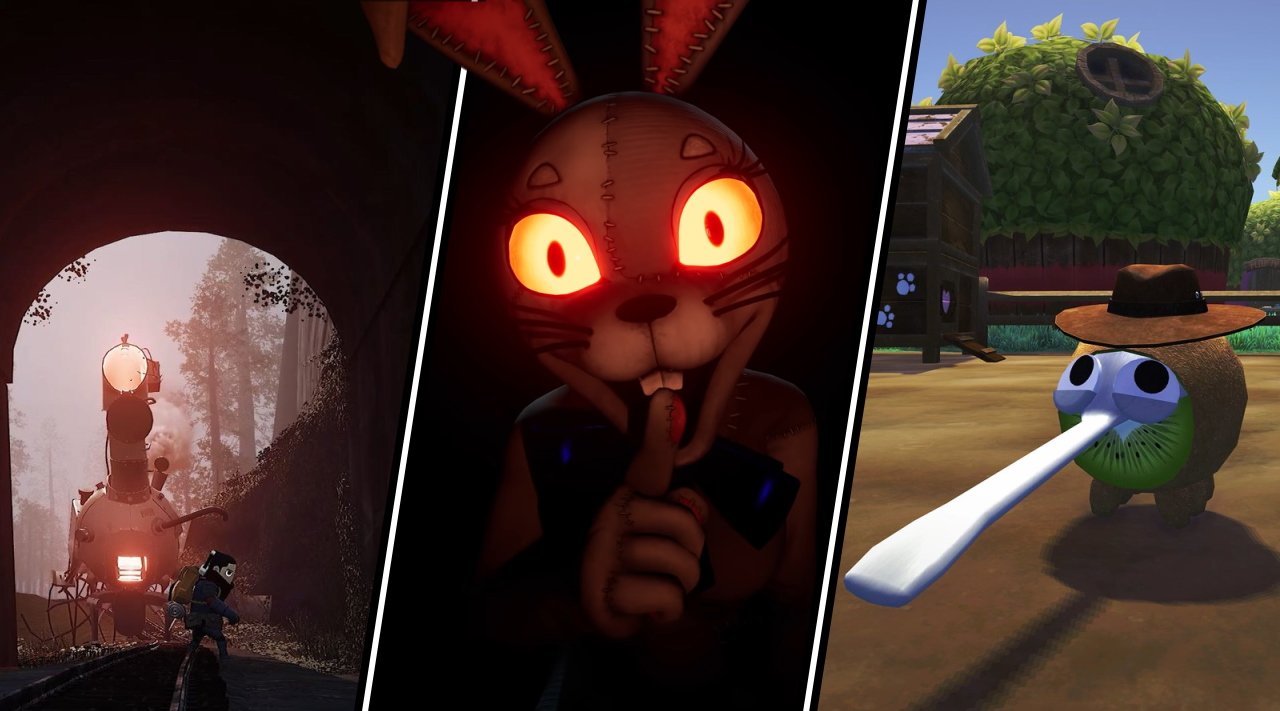 Looking to catch up on everything shown in PlayStation’s October State of Play? The third-party-centric broadcast included reveals and fresh trailers for games teased in the past, including the new Fight Nights at Freddy’s game, an expansion to Bugsnax, and much more. We’ve rounded up every trailer shown during the PlayStation State of Play broadcast for you to catch up on below.

First up was Deathverse - Let it Die, a rather colorless looking battle royale title that serves as a followup to Suda’s 2016 action-RPG roguelike, Let It Die. Players take part in the Death Jamboree, a survival TV reality show in which they fight to the death with unusual melee weapons. It’s releasing Spring, 2022.

Prefer your trailer to break the fourth wall? We Are OFK is a “music biopic game” which follows an indie band through five episodes. Following the band’s formation and progress, players interact via dialogue choices and text messages along with an “interactive music video” for one of the band’s latest tracks. It’s got stylish art, so could be of interest for visual novel fans. It’s releasing in 2022.

Bugsnax: The Isle of Bigsnax

Steel your stomachs, because Bugsnax has an expansion on the way and it’s a big one. Set before the dramatic events at the end of the main game, The Isle of Bigsnax sees a new landmass hoisted from the sea for players to explore. The land is packed with gigantic, prehistoric bugsnax. You can also customize your house in Snaxville and stick hats on Bugsnax – just to make them look cute. It’s a free update arriving early 2022.

The next Five Nights at Freddy’s Game finally got a release date thanks to the PlayStation State of Play broadcast. Security Breach will be releasing December 16, 2021. The new trailer introduces the various animatronics featuring in the game and shows how you’ll be able to climb inside some to assist your escape.

An corvid-led indie mashup of Dark Souls and Zelda, Death’s Door proved a critical hit when it was released on PC and Xbox in July this year. The story follows a small reaper crow whose target soul is stolen, forcing them to track down mighty souls across the land in order to open the mysterious Death’s Door. It’ll finally make its way to PlayStation systems on November 23.

It’s no easy task to challenge Mario Kart’s arcade racer crown, but here comes another contender for Sony’s system. KartRider features cartoony, bobble-headed child characters tearing around oversized courses. The KartRider series has been popular in Korea for more than a decade, and this free-to-play release will aim to pull in new fans on PlayStation. It’s releasing next year, but there’s a beta available to sign up for on the game’s website if you want an early taster.

A new trailer for King of Fighters XV revealed new character Dolores and confirmed that an open beta test will take place from November 19 (7pm PT) to November 22 (7am PT). The beta will include eight characters and casual online matches. King of Fighters XV’s release date is February 17, 2022.

Missing the social deduction and backstabbing of Among Us? First Class Trouble is a new take on the genre. A rogue AI has taken over a luxury starship, and players need to cooperate to access the central core and shut it down. The trouble is, some of the players are robotic personoids aiming to stop their human captives from ever escaping. It releases on November 2nd and is also tipped to be included in November’s PS Plus offerings.

The JRPG Star Ocean series returns with The Divine Force. After crash landing on an alien world, the crew of an intergalactic vessel are caught up in a struggle between two medieval fantasy factions on the planet. The game promises “greater freedom” to both combat and exploration, as players are capable of jumping and even flying through the large world.

After teasing us over a year ago, Little Devil Inside finally has a new trailer, though still no release date beyond a 2022 window. The new footage shows us the world map for the game, and how we’ll be able to interact with others in brief encounters before arriving at a narrative and action encounters.

That was everything from the PlayStation State of Play from October. Which games did you enjoy seeing? Let us know in the comments below.