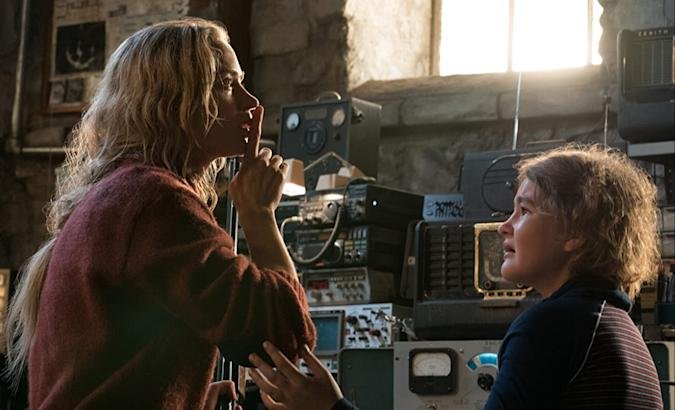 It's not quite a save game, but Returnal's Suspend Cycle update will let you take a break.

A Quiet Place, the 2018 horror film about trying not to make a noise on the way to the bathroom when your parents have work at 6am in the morning, is getting a video game adaptation next year.

We're fuzzy on the details (and the general plot of the original film, if you couldn't tell from that first sentence) but the game is being developed by Montreal studios Illogika and Ep1t0me, under World War Z studio Saber Interactive's growing publisher label.

The game will be a "single-player, story-driven horror adventure" set in the universe of the films, rather than a direct retelling of the first film's events.

If you were interested in the actual plot of the films, humanity has been basically wiped out by aliens that have really good hearing, so the premise and source of tension in the movies are boiled down to "don't make a noise" but with dang kids and various other scenarios constructed to force the protagonists to make a noise.

If you've played Left4Dead2 then you'll know all about sneaking past the Witch and then a team-mate blunders in and ruins everything, we expect the game will be like that, but without the multiplayer.

"The amazing success of the A Quiet Place movies makes it clear audiences are hungry for more adventures in this universe, and Illogika is creating their own truly engaging experience that lives up to the name of this beloved property," said Saber Interactive's head of publishing Todd Hollenshead. "We are proud to say that A Quiet Place is the first game we will be releasing by an external studio from the growing Saber publishing label."

We'll find out more information about the A Quiet Place game in the coming months, if it is truly to arrive sometime in 2022.