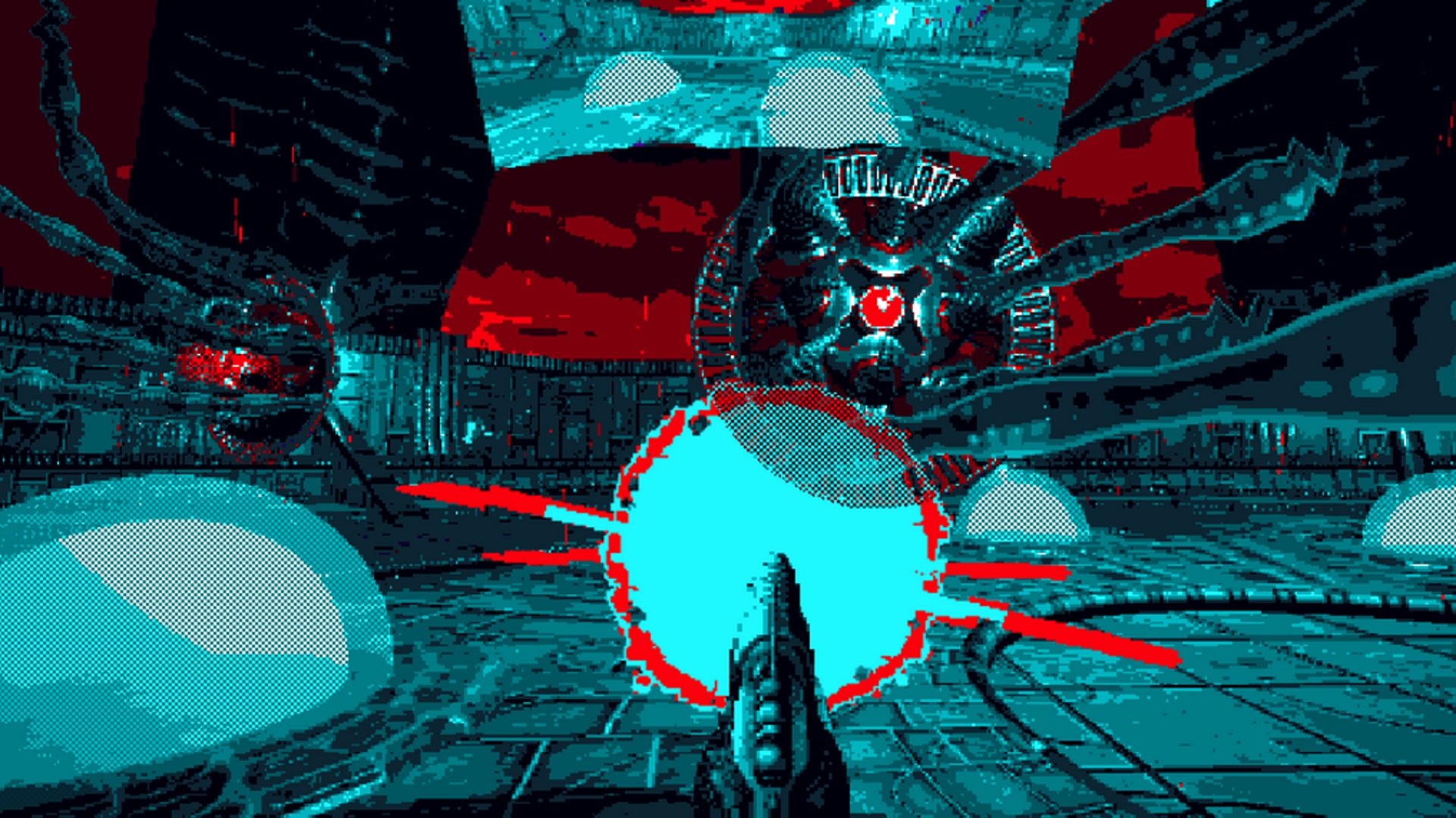 Every Saturday, studios and individuals the world over take to Twitter to share images and videos of their games in development as part of #ScreenshotSaturday. It’s a fantastic celebration of how widespread and varied game creation has become, not to mention a great way to keep an eye on upcoming gems or spot incredible artwork. Collected below are some of the coolest stills, gifs and videos from this weekend which we’ve gathered for your perusal pleasure. This week we’ve got an overdose of retro FPS action before we cool off with some relaxing farming.

DUSK is an Early Access title that doesn’t just ride off nostalgia from PC shooters of the early ‘90s, but actively harnesses the core tenants of the era to produce a slick and satisfying title. With combat centred around strafe-dodging and twitch-like aim,  DUSK is unabashedly a game built for those who grew up on titles like Doom, Quake and Hexen. The enemies are relentless, and the sleek movement system requires real skill to master, allowing you to pull off combat sequences as spectacular as they are stylish.

If that’s not proof enough that DUSK understands its inspiration, just take a look at the Early Access trailer, which kicks off with the most recognisable of all Doom-era sound effects: the jumping grunt.

DUSK’s first two episodes are currently available on Steam Early Access, with three full chapters planned for the final release. In addition, the current version also includes multiplayer and an Endless Survival Mode which lets you stave off wave upon wave of enemies. Oh and did we mention the soundtrack is being worked on by the superb Andrew Hulshult? That’s reason enough alone to take a look.

Oh we’re sorry, was that not enough lightning-quick FPS death dealing for you? Well settle down, because next up we’ve got Hellscreen. Created by lone UK developer Jamie Degen, Hellscreen takes its retro gun-toting to an otherworldly arena. The visuals are immediately striking, with the blood red sky forming a strong contrast to the Giger-esque grey-blue of the walls and enemies. Why we’ve been thrown into this alien battledome, we’re not quite sure, but at least they were kind enough to give us a rear-view mirror.

Here is a look at the @Hellscreen_Game double barrel shotgun from the ingame POV. #indiedevhour #indiedev pic.twitter.com/zjNhlz4PvL

Development for Hellscreen is still young, with both enemies and weapons in the early stages of testing. There’s a Kickstarter launching for the title tomorrow, so be sure to keep an eye on the game’s Twitter account if you’d like to help it progress to a full release.

Look, to be totally honest, we’re not really sure what’s going on in Hyper Lava Death Squad, but it certainly looks like a lot of fun. Two squads of skull-faced goons facing off with rocket launchers on a field of lava while upbeat techno music plays? We couldn’t exactly say no to that. With knockback dialled up to eleven, the name of the game appears to be sending your opponent’s minions soaring into the flaming soup to rack up points. Development of the game was only announced this month, so details are slim. According to developer Silvervale Games you'll control an individual rocketeer, as well as controlling the direction of your rocket after you've fired it!

If you like #chess but want a fresh twist to it, check out Survival Chess for PC and Android!#android at https://t.co/W9h5Jbi2KW
PC https://t.co/1yVSBYW4XJ #indiedev #gamedev pic.twitter.com/2iaXbo6awQ

Silvervale Games has previously produced the mobile and PC title, Survival Chess, in which you have to help a single Knight piece fend off wave upon wave of pawns, castles, knights, bishops and even queens. You can check that out either on the Android store or on itch.io for PC.

For any weapon that has a large kickback(shotguns, rifles, etc.) you can back up against walls or hard surfaces to brace the shot, reducing the recoil#gamedev #indiedev #survivalhorror #horrorgame #screenshotsaturday pic.twitter.com/UeiGZlgrTp

If you thought that we’d just nicked a shot from Resident Evil 3 for this week’s showcase, we can’t blame you, as Paracusia has really nailed the claustrophobic, fixed-camera pressure early titles in the classic horror series.

The name Paracusia refers to the occurence of auditory hallucinations, and implies the game will be heading down the Silent Hill route of mind-tripping scares alongside a good dose of monsters. There’s no audio in the short clips developer Darknet Fox has posted so far, but with a name like this we’re hoping for a serious dose of auditory spooks as the game progresses. The good news is they’ve already got the harrowing, distorted human creature design down.

Kynseed may be a Life RPG, but that's only the half of it.
#ScreenshotSaturday #PixelArt #GameDev #IndieDev #IndieGame #Gaming #RPG pic.twitter.com/Mp2xe4ghpZ

Kynseed styles itself as a whimsical 2D sandbox adventure and, matching it’s Stardew-style aesthetic, you’ll need to guide a young farmer through his life on the range. Helping the family muck out, grow veg fish for food, you’ll also have the chance to explore the wider world and even engage in a spot of combat as you cultivate the land.

As your character grows old, the final release will let you stretch your story over several generations, handing down the rights of the farm to your children. Kynseed will be based on British folklore and legends, meaning you won’t encounter many orcs here, but you’ll still need to brave a selection of faery tale creatures to secure the rarer materials of the world.

Developer PixelCount Studios was born after the collapse of the esteemed Lionhead Studios, and was founded by two developers from the Fable series with experience as far back as Lionhead’s animal-raising god sim, Black & White. PixelCount’s website states they they wish to “continue the spirit of Lionhead with games that are charming, humorous, very British, and eccentric.”

Kynseed has already been successfully Kickstarted, and will be arriving on Steam soon. While development is currently focussed on PC, PixelCount has expressed a desire to bring the title to other platforms too, so we’ll keep our fingers crossed for a Switch port!