Our picks for the best weapons in Back 4 Blood will ensure you're ready for anything the Ridden can throw at you, both literally and figuratively. 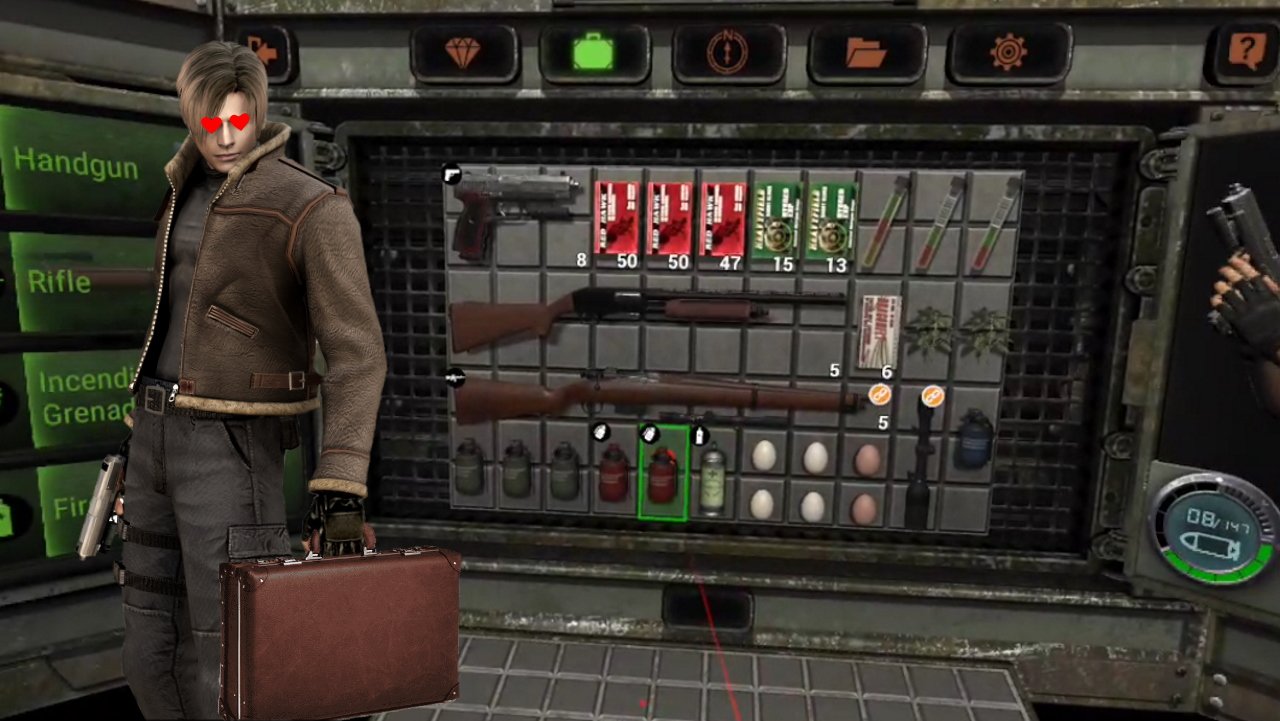 The long-awaited next game from ConcernedApe features familiar Stardew Valley looks with a spooky new twist.

There’s every chance you hated Resident Evil 4’s inventory system. Don’t worry, it’s okay to be utterly incorrect every now and again. But for those of us with an organizational orientation, aligning every weapon, grenade and herb perfectly was bliss. Slapping an Oculus Quest 2 on our noggin to enjoy Resident Evil 4 VR has done more than just remind us of how good Leon’s attaché arranging wasll; it’s shown us that it can be even better.

Sure, attempting to fit an entire sea bass in your briefcase just for that one time you can whip it out to munch down for a full heal is a painstaking – some would say foolhardy – endeavour. But when you nail that perfect rainbow alignment of colored grenades stacked around a sniper rifle? Ooh, does it ever feel good.

Each item was another puzzle piece to slot into place, and every attaché case upgrade a chance to plan the layout all over again. Efficiency? Yeah, that’s helpful, but we were just in it for the sweet satisfaction of opening that inventory screen to a perfectly planned grid of goodies. The system was great back in 2005, and it’s remained just as good in Resi 4’s many rereleases since.

Until now, that is, because Resident Evil 4 VR finally lets our eager hands in on the action. While the majority of the game’s cutscenes and fancier actions are understandably relegated to a 2D window, the inventory is a joy to behold. Your suit of Ganados-slaying tools is hoisted up before you like a John Wick wall of weapons. Point at an item and you can pop it into the air in front of you, ready for 3D inspection before assignment to its rightful place in the grid.

Admiring items and treasures in VR that you’ve seen hundreds of times already in 2D will likely never get old, but it’s the positioning that makes Resi 4 VR’s backpack. Instead of swapping and spinning stuff around via button presses, you need to physically grab items and rotate them as needed on the board.

Not enough room? The discard menu is laid out before you like a workshed countertop – it’s the perfect place to temporarily dump items until you’ve nailed that ideal layout. A word of warning though: Make sure you don’t accidentally poke the garbage button while tinkering or you could be waving goodbye to that suped-up TMP without a single Peseta in return. Freeing up space shouldn’t be that costly.

Is Resident Evil 4 VR worth getting for its menus alone? Of course not. But given just how bloody fun the rest of the game is too, it’s really the compositional cherry atop Resident Evil 4’s Las Plagas infused cake. Just remember to tip and tap away on a typewriter to save directly after your inventory management sprees. Otherwise an unfortunate chainsaw to the neck could see you having to start the entire process from scratch.