Back 4 Blood: How to change character

Learn how to change character in Back 4 Blood so you can take advantage of all the perks these Cleaners are packing. 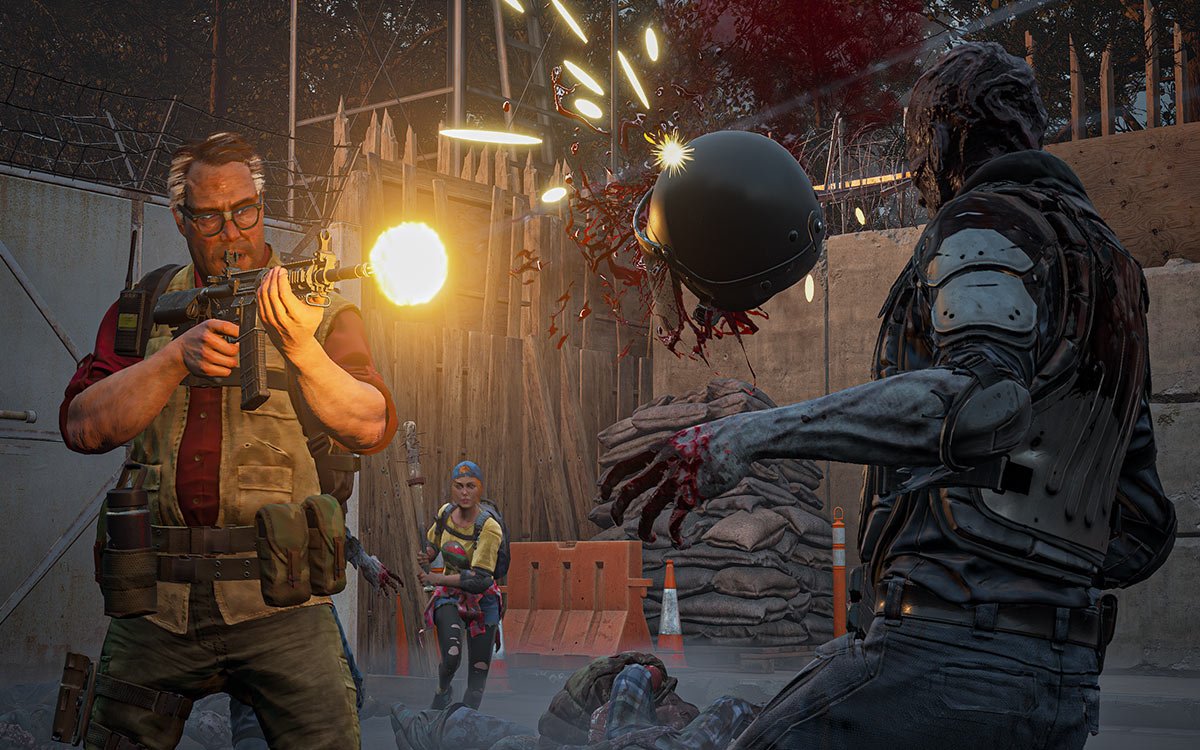 A brief case for fun.

There are a lot of tools available to put bullets into the heads of the Ridden. But if you’re looking for the best guns in Back 4 Blood, then you’ll want to check our list below. We’ve broken down the premium pea shooters in each weapon class so that you can be sure you’re swapping out for the best gun available.

Best Guns in Back 4 Blood

Back 4 Blood includes pistols, SMGs, shotguns, assault rifles, sniper rifles, and LMGs. We’ve split our best guns in Back 4 Blood list by each class, then listed our picks for the top overall weapons at the bottom.

A key point before we begin: Each weapon’s use will vary depending on the difficulty you’re playing and the deck you’ve built. A high rate-of-fire gun like the M249 might be great on Recruit difficulty, but you’ll struggle for ammo if you don’t spec correctly on Veteran or Nightmare. Weapons also have slightly randomized stats and spawn in a variety of rarities. You’ll typically want to upgrade rarity even if your attachments are good, just so that you can boost the gun further in future. We have a full weapon tier list for Back 4 Blood here.

Precision and power in a single package. We’ve found this weapon to be a rarer drop than the also beefy magnum, but you should try and grab it whenever you find it. If your primary is a shotgun or sniper, the Desert Eagle is a superb companion for dishing out deadly shots at all ranges. If you’re using an assault rifle, however, you might prefer the Glock 23 on harder difficulties. It uses a different ammo type that you can rely on when rifle rounds are running low.

Power typically trumps fire rate with Black 4 Blood’s full-auto weapons, but the Vector is a key exception. Once you shove an extended magazine on it, this SMG stands head and shoulders above the competition thanks to its steady aim, rapid reloads, and solid damage output. The UMP may have the power, but keeping its shots on target over a full mag is a challenge. The Vector will have you covered in all scenarios.

Shotguns fill an interesting role in Back 4 Blood because, while they’re capable of major crowd control up close, most of them sport only a small number of shots and a low rate of fire. The AA12 may not have the satisfaction of a pump action, but it makes up for it with a rapid output and larger mag size. It’s also easy to keep control of, letting you wipe the surrounding mobs quickly before you need a breather to reload.

The Assault Rifle class is the most versatile, but our pick for the best gun has to be the M16. This burst rifle is extremely accurate, so if you’ve got the aim required to target those weak points, it will excel. The M4 is a solid second thanks to its high rate of fire and easy recoil control, but we reckon the M16 edges it overall.

We know, everyone loves the Barret 50.Cal in video games, but its sluggish rate of fire and tiny mag means it’s only really good as a backup weapon. The Phoenix 350L will see you right for the rapid pace of most Back 4 Blood levels, allowing you to sniper at range or maneuver quickly while popping off shots. It’s got a nippy reload, too, making it a decent up-close when when the horde closes in.

Both the LMGs in Back 4 Blood are quality weapons, but the M249 guzzles too much ammo for our liking. On higher difficulties, swapping to the RPK will mean you’re dishing out more damage in fewer shots. It’ll sort you for mowing down hordes while also making you valuable in a battle against tougher mutations.

The neat thing about Back 4 Blood’s card system is that you can tailor your deck to fit a specific weapon and playstyle. However, if we were to pick the overall best guns in Back 4 Blood, we’d have to go with the RPK and M16.

Whether you’re playing alone or with a group of friends, these two weapons can work in pretty much any environment, stocking you with enough ammo to take on hordes while retaining the accuracy and damage required for the boss enemies. Don’t let this list force your hand, however. If you’ve got a team watching your back, absolutely wade in with Holly and dish out damage with a shotgun/bat combo.

Those are our picks for the best guns in Back 4 Blood. You can check out our full weapons tier list here. But what are your favorites? Let us know in the comments section below.