The best scary games to play with your friends

Looking to get spooked? These are the best multiplayer horror games you can play with mates in 2021. 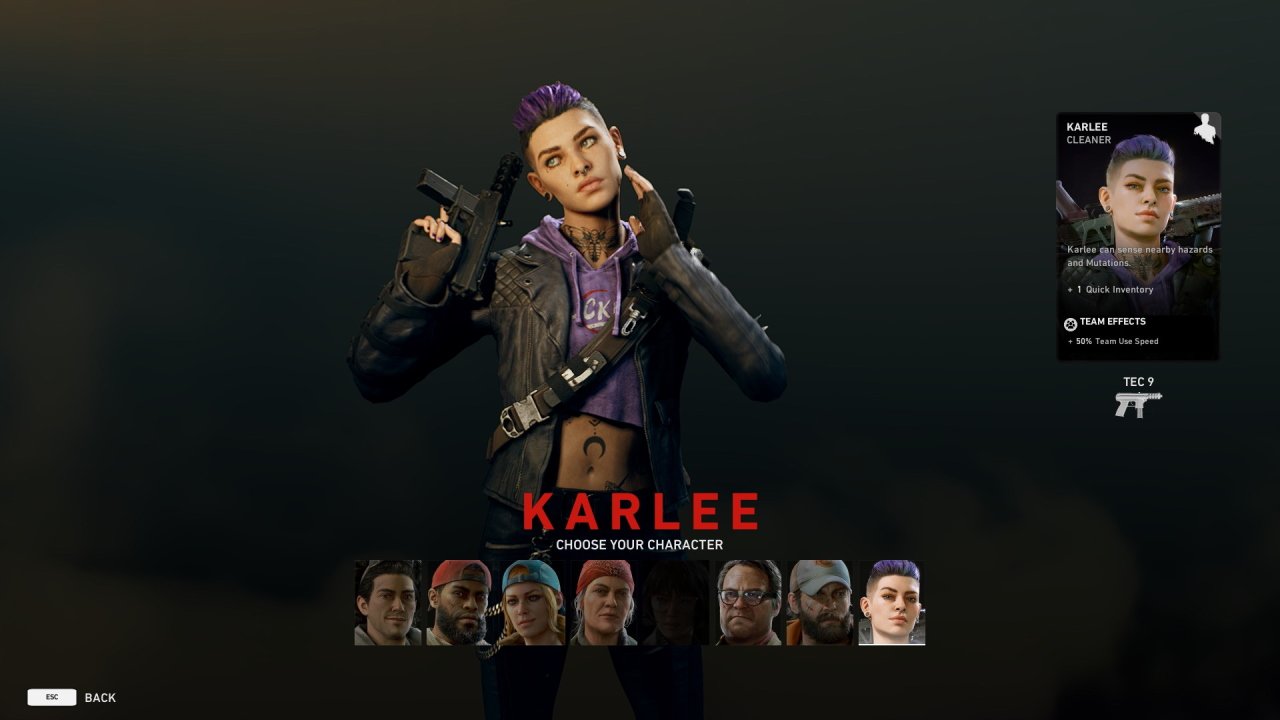 Back 4 Blood: How to change character

Our picks for the best weapons in Back 4 Blood will ensure you're ready for anything the Ridden can throw at you, both literally and figuratively.

Back 4 Blood features eight different characters to play and slay us. But once you start the tutorial or a campaign run, you might be wondering how to swap between them to experience the different perks they offer. We’ll explain how to change character in Back 4 Blood below so you can craft decks that suit them all.

How to change character

To change character in Back 4 Blood, you need to be in the Fort Hope lobby area. Once there, open the game menu (escape on PC) and pick Character Select. You’ll then be presented with a list of all the Cleaners available. Just select the one you’re after and confirm to be dropped back into Fort Hope in some new shoes. We’d say shiny new shoes, but they’re almost certainly drenched in Ridden blood.

You can also change character when you first create a campaign run. After the host invites their friends and picks the starting Act, everyone in the lobby will have the opportunity to choose their starting character from the list of eight. Bear in mind that you’ll need to unlock the second set of four characters before you can play as them.

Aside from entertaining voice acting, each character in Back 4 Blood comes with their own personal and team perks. These can make a huge difference to your campaign runs, so it helps to build decks specifically around them.

One point to note is that once you start a campaign run in Back 4 Blood, you can’t change character within that campaign. Begin a run as Holly, for example, and you’ll need to start a new one if you want to swap to someone like Walker or Hoffman. There’s no punishment to starting new campaign runs, but you will be starting the deck you choose from the beginning again.

Now that you know how to change character in Back 4 Blood, you’re ready to head out into the Ridden-infested world. Before you do, be sure to read our Back 4 Blood weapon tier list to make sure you’re grabbing the right gear. We’ve also got a guide to unlocking outfits, in case you want to change up your look without swapping your Cleaner of choice.