Learn the Oculus Quest 2 controls for Resident Evil 4 VR so you can grapple with the Ganados. 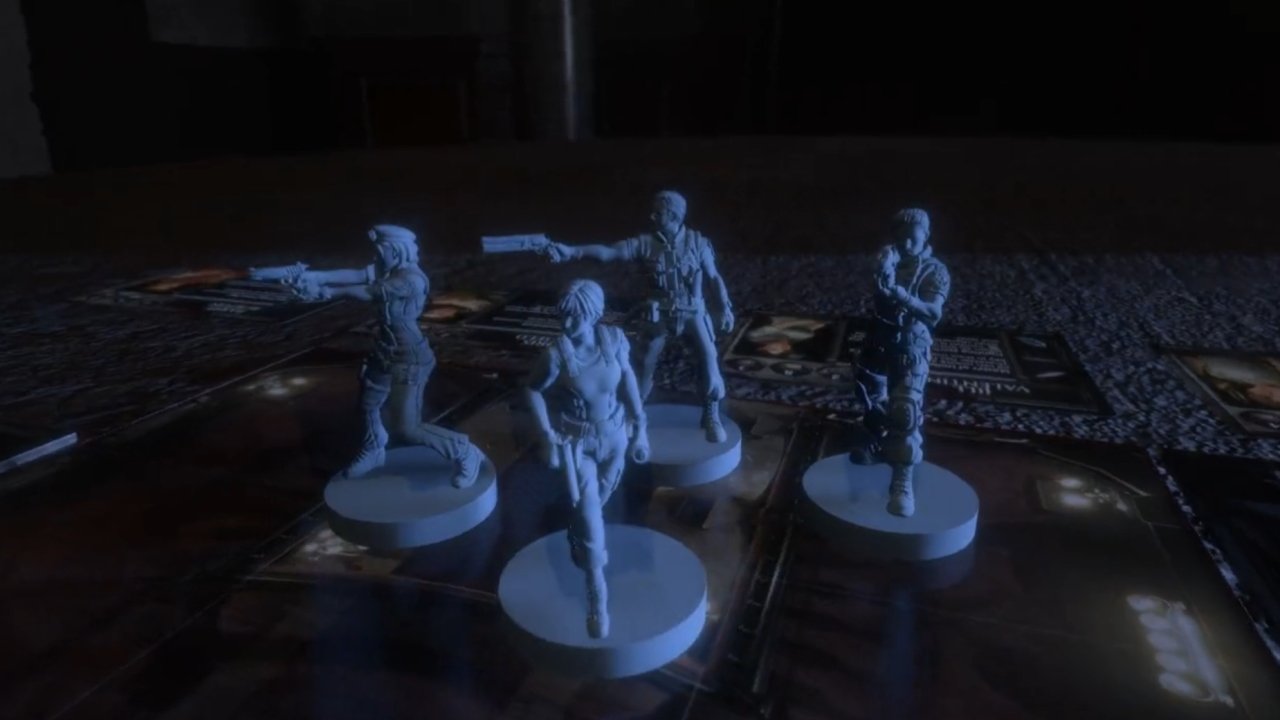 Resident Evil: The Board Game will let minis loose in the Spencer mansion

Find all the Blue Medallion locations in Resident Evil 4 VR to earn a special reward from the merchant.

A Kickstarter for a board game based on the original Resident Evil is due to go live next week, on October 26.

Having run successful Kickstarter campaigns already for Resident Evil 2: The Board Game and Dark Souls: The Board Game, the design team at Steamforged Games is returning to the crowdfunding platform, and the root of survival horror.

Resident Evil: The Board Games looks primed to use the same format as the well-received Resident Evil 2 board game adaptation, though this time players will be guiding S.T.A.R.S. members including Chris Redfield, Jill Valentine, Rebecca Chambers, and Barry Burton through the iconic Spencer Mansion instead of the streets of Raccoon City. The concept trailer is impressively dramatic for a board game reveal, so we’d highly recommend checking it out below if you’re interested.

Feast your eyes on the full trailer for Resident Evil: The Board Game, launching Oct 26 on Kickstarter

As players step through doorways in the mansion, they’ll uncover new segments of the map which could hold the treasures and tools they need, or shambling undead threats. Fortunately, we won’t be subject to fixed camera angles or tank controls here. The Spencer mansion isn’t without its tricks, however, and it’ll be up to survivors to track down the keys and key items requires to solve puzzles and progress.

The longer you spend in the mansion, the more dangerous the night becomes. Resident Evil: The Board Game shifts through an increasing danger meter which adjusts the results of the events and areas you uncover. In an intriguing move, you’ll also be able to rescue trapped S.T.A.R.S. members who can then be sent out on missions to obtain you clues, valuable items, or even other survivors.