Learn how to pumpkin-ify your foes with our guide 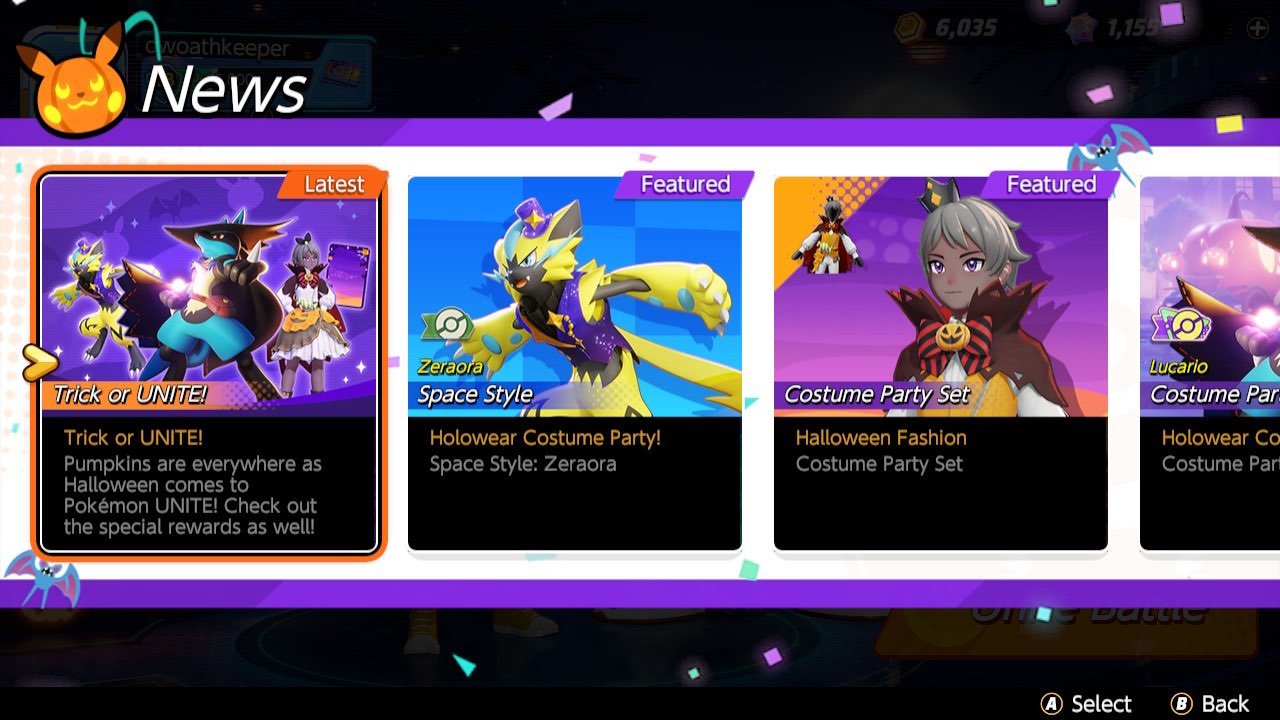 Greedent and the Halloween Festival are now live in Pokemon UNITE

How to solve all the Dairon Speed Booster puzzles in Metroid Dread and get you to 100% completion.

The latest update for Pokémon UNITE has brought several new fashion items for trainers and pokémon alike. Trainers can outfit themselves in the Costume Party Set, Pikachu Halloween Mask and Halloween Candy Bag through the Aeos Emporium in exchange for Aeos coins or gems. The Costume Party Trainer Set gives the wearer a cape with a jack-o-lantern clasp, and an orange vest to complete the look.

Additionally, players can trade pumpkins earned through playing in the Quick Pumpkin Mode to get a witch hat for their trainer.

For pokémon fashion offerings, Lucario is the featured monster in terms of holowear. The pseudo-legendary is dressed as a sort of mysterious musketeer with the Costume Party Set. Zerora's glittery vested Space Set is also being showcased for the event. Players can grab these from Zirco Trading Company.

Those who are battling in Quick mode will notice that things are a bit different for the Halloween Festival. While in this mode, players can now turn each other into giant jack-o-lanterns in the heat of battle, complicating how you and your teammates will need to play. These pumpkins are a lot more vulnerable than regular pokémon, so be careful!

Greedent can be purchased from the Unite Battle Committee for 8,000 Aeos coins or 460 Aeos gems. Players can also trade in 70 pumpkins to get the squirrel pokemon's Unite License. You can collect pumpkins by playing Pokémon UNITE's Halloween Quick mode and fulfilling related objectives for the event.

That's it for Pokémon UNITE's Halloween Festival. For more Pokémon UNITE features and guides, check out our game hub.