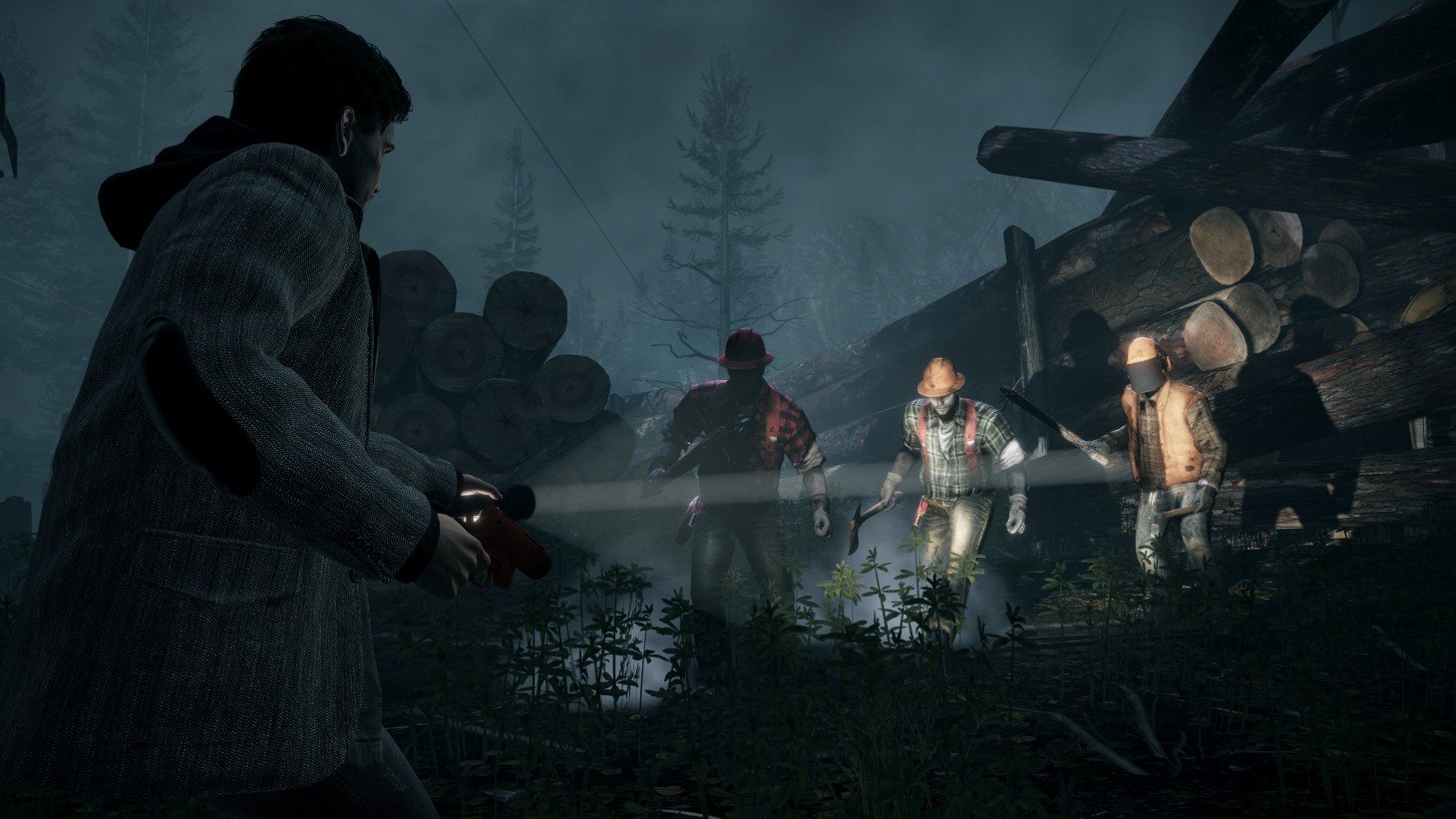 Halloween is right around the corner, and scary season is in full swing. But not everyone is lionhearted enough to play the heavier horror hitters. To help, we've compiled some of the best mildly scary games out there so even scaredy cats can get into the Halloween spirit.

Cult of the Lamb

Praising the dark lord has never been this cutesy! There's plenty of horror in sacrificing your followers to The One Who Waits, but not in like a...scary way, in fact it's good! It's good to give your life to His Unholy Darkness! Lots of cartoony violence and humor keep this cult a light and casual affair to ease you into the spirit of the season, but watch you don't get too suckered in by the excellent roguelike crusades against rival leaders and non-believers. It's only a game!

Though not an outright horror title, the original Bioshock manages to have an extremely creepy and oppressive atmosphere as you explore the ruined city of Rapture Pairing that with the random splicers that will jump out at you when you least expect it, the roving Big Daddies, and the fact that you're in an underwater city that's literally leaking, and it makes for a pretty spooky experience.

SOMA is another underwater game that's very oppressive. It also features static monsters that can be pretty scary as they pursue you through the submerged research station. Luckily though, Frictional Games added a Safe Mode to SOMA, which removes the risk of death by monster from the game. That said, if they see you, they'll still make scary noises and be aggressive, so the game keeps its overall vibe.

Pathologic is largely about the vibes of a place being extremely off.It's an open-world RPG where you play as a doctor named Artemy who has been tasked with battling the plague that's consuming a town. You have to make lose-lose decisions here, as you simply can't save everyone. While the game can still be very tense and stressful, it's not going for the same direct scares that other horror games tend to.

Until Dawn is like a B-movie slasher come to life. There are some jump scares and gore, but overall it's kind of a silly, campy experience (in the best way). You play as a cast of teens dealing with eerie happenings at the ski lodge where two of their friends went missing years ago. Perspective bounces around between the characters, and you do a lot of investigation and quick time events. The game takes the stupid choices of a horror movie and lets you make them yourself, which makes the whole experience more fun than scary.

Halfway, To The Lamppost

Halfway, To The Lamppost is a Twine game that jumps between the past and the present. The "main" section deals with the past, where two little girls are planning to meet at the lamppost between their houses, but something is hunting one of them in the dark. The future deals with this little girl as an adult, and how her life has panned out since. Though very creepy, and somewhat sad, due to its more minimal, text-based nature, it isn't as heavy a lift in the scariness department.

The Supper is an adventure game focused on gathering the ingredients for a very special meal. It's a very dark and somewhat sad story, but its gameplay of collecting and combining items is relatively chill.

Remedy's classic thriller is a great choice for those who are a bit more faint of heart. You follow the titular Alan Wake, a thriller novelist, as he tries to uncover the truth about his wife's mysterious disappearance. It's eerie, and has plenty of twists, but overall, Alan Wake is a much chiller, if spooky experience.

In tiny metroidvania Spooky Ghosts Dot Com, you play as a ghost hunter named Ruby. On Halloween night, she gets a call for a ghost busting job. But things are not quite what Ruby expected when she arrives at the house. Collect candy, fight ghosts, and pet cats to celebrate Halloween in pixel art style.

Heart of the House

Heart of the House is an interactive fiction game about a young Victorian-era medium that goes to a small town with a manor on a hill to try and find their missing uncle. The game is basically an extremely interactive choose your own adventure novel, giving you complete control of the story from your character's gender, to what horrors you face.

Luigi has been hunting ghosts for a while now, but his most recent adventure on Switch is a great pick for Halloween. Exploring the haunted hotel is certainly unnerving at times, but the Mario aesthetics and goofs make it relatively easy to get through, and fun too!

These should get you started on creepy experiences to get into the mood for Halloween. But hey, if you find yourself looking for more scary season stuff, check out all the games that are throwing Halloween events.