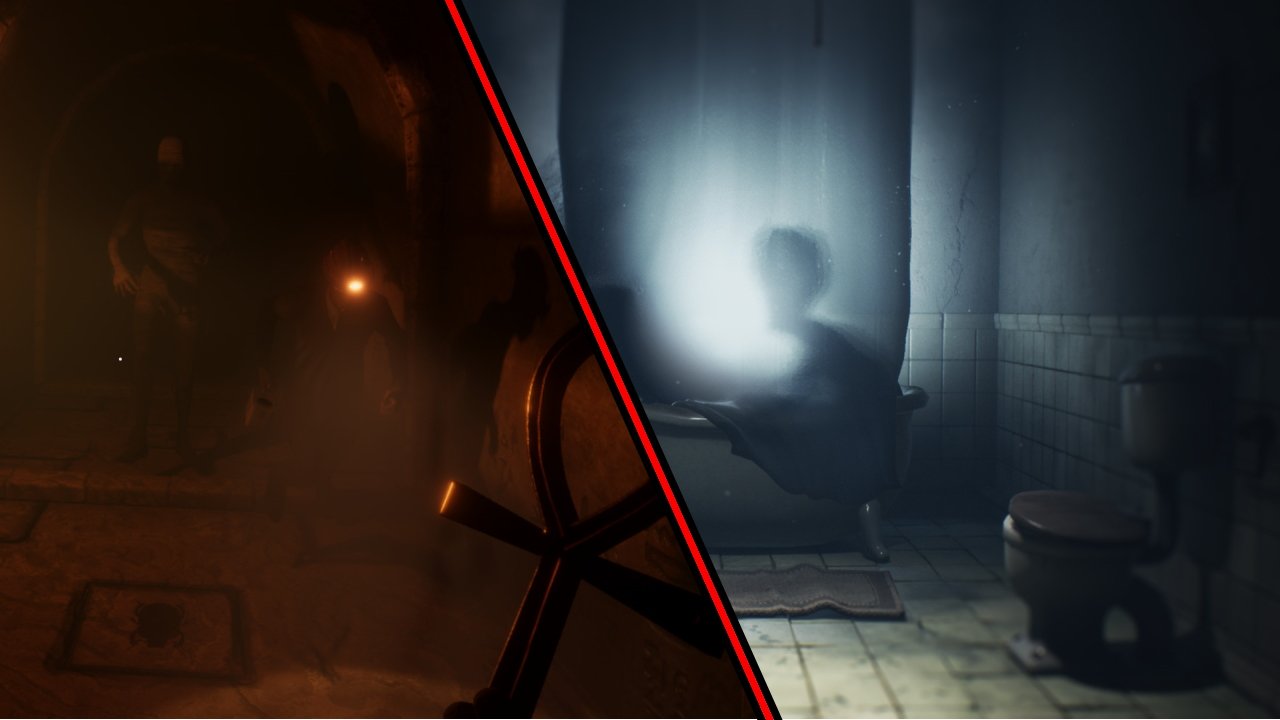 The scariest horror games to play in 2021

Listen pal, we’ve heard it all before. Your zombified groans and gurgles don’t scare us any longer, so shamble on, sucker. What we’re after is true terror. If you’re looking to get seriously spooked this Halloween, we’ve rounded up the scariest horror games to play in 2021 that’ll guarantee a haunting even for those suffering from fright fatigue.

The Scariest horror games to play in 2021

To ensure every avenue of unsettling action is covered, we’ve detailed the types of scares included in each game. We’ve also offered up a rating to let you know just how likely it is to deliver the shivers you desperately crave directly to your spine

Resident Evil Village is, on the whole, not a particularly scary game. Lady Dimitrescu – all nine foot six of her – may have set social media ablaze, but spooky wasn’t exactly the descriptor associated. However, while most of the game was crammed with entertainingly corny dialogue and werewolf-blasting action, one sequence did delve into the very depths of horror. And what it dredged up left us trembling in glorious terror.

If you’ve yet to experience it (or you can stomach a second sitting), the infamous house Beneviento offers the ultimate start to any monstrous marathon. Even before you reach the abode itself, the unnatural clagginess of the winter air coupled with the unsettling sight of dolls dangling from the trees lets you know that something is very, very amiss. And once you step over that all-too ordinary threshold and descend into the basement? Well, dolls are the least of your worries.

Scare style: Are there actually ghosts in this house or are you j- wait,what was that sound? WHO IS SINGING AND WHY ARE THE LIGHTS FLASHING?

It’s not easy for multiplayer to be scary. The mere presence of our pals bumbling around a level is usually enough to dispel any unsettling atmosphere – just ask Dead Space 3. So Phasmophobia deserves quite a bit of credit for putting on the show it does.

As the world’s worst-funded ghost hunters, your task is to rock up at and explore houses, schools, and even prisons together. Using a variety of tools will allow you to track down clues and identify the type of malicious spirit lurking within. The trouble is, ghosts don’t particularly like being found out, and if you rile them up enough, you might just join them in the afterlife.

Phasmophobia was an indie hit over the last year, which means many of us have already grown more than accustomed to its flickering lights and crawling ghost babies (yes, they’re real). If it’s been a while since your group last played, however, then now is the perfect time to return.

Over the last few months, the game has been updated thoroughly to rework hunting mechanics, update visuals, and add new equipment. Venture in with no further information and you’ll discover a delight of new deadly horrors. Oh, and if you haven’t tried in VR yet, the terrors (and textures) are better than ever.

Scare Style: Like Phasmophobia, but in this case you don’t want to go running to mummy.

Still not sold on a return to Phasmophobia? Let Forewarned fill your multiplayer fears instead. Set in the dark of ancient Egyptian ruins, this co-op escapade takes Phasmophobia’s format and bundles it up tightly in a suffocating wrap of mummification. In addition to finding clues, you’ll need to dodge between deadly traps and light a path to guide you to the treasure chamber.

The real terrors, however, start when you find the prize you’re after. Successfully guess whose tomb you’re raiding and you’ll need to nab their valuable and leg it to the exit before they personally hunt you down. There’s still a level of shonky animation and jank to Forewarned, but the sheer number of unusual and harrowing events will offer fresh scares for Phasmophobia’s seasoned ghost hunters.

Spine tingles: 3/5 – You might be an archeologist, but you should do as little research as possible before this outing.

Scare style: Grotesque body horror from the oversized adults who are the real stars of the show.

A lot of horror sells itself on the unknown, but the Little Nightmares series isn’t afraid to dumb the uncomfortable rolling flesh and stretching skin of its main antagonists in the center of each stage. The sequel deviates only a little from the format established in the original, but that doesn’t make tiptoeing your way past the looming, disjointed forms of your would-be captors any less terrifying.

If you’ve already enjoyed Six story already, you’re almost certain to be fond of new protagonist Mono as the pair partner up. A particular fright highlight comes as you’re handed a rusty flashlight and shown that only its beam will stop a collection of juddering mannequins from tearing you apart.

Scare style: The stress of juggling five chainsaws and a disgruntled crocodile all while someone jabs at your feet with hot poker.

Horror comes in many forms. The dark and glistening unknown of Returnal’s first level certainly fits the theme, but this isn’t a game about jump scares. No, Returnal is a game about pressure. Can you keep your calm while a slithering mass of tentacles spews projectiles in an undeding stream? How about while three other beasts are incessantly biting at your feeble health bar?

Stress is the true terror of Returnal, which tasks you to take on ever-more challenging fights in a roguelike run that’ll see you lose everything should you stumble but for a moment. And that’s just the regular enemies. Returnal’s bosses are a notoriously merciless challenge, forcing you to muster every ounce of your skill and attention to overcome their onslaughts. They wouldn’t look out of place on a heavy metal album, either. Pair that challenge with a tantalizing mystery regarding your own past, and you’ve got a game that’ll take your heart to task in a different manner to everything else on this list.

Scare style: Slow-burning dread that builds and builds as you uncover more about the village.

You’re unlikely to see any other game that looks like Mundaun. This indie tale, rendered entirely in unnerving pencil art, sends you to explore a remote mountainous village after receiving word of your grandfather’s passing. The town's sparse residents are acting peculiar, however, and so are the circumstances of your grandfather’s death.

As you begin to pick up clues as to the events prior to your arrival, you’ll also start to unravel details of your older relation’s past – a past intrinsically linked to the events occurring before you. There are problems with controls and occasional clunky mechanics, but if you’re looking for a game that will all but smother you in atmosphere, Mundaun’s bleak, close-to-colorless village deserves your attention.

Spine tingles: A gradual increase from 1-4/5

At Dead of Night

Scare style: A harrowing maze of photorealistic hotel hallways and far too much camera bobbing. Oh and there's a clown hunting you down.

Were you planning on getting a good night's sleep? Probably best you don't play At Dead of Night then. This first-person take on point-and-click horror sees you navigating an unpleasant hotel filled with awkward hallways at you track down and exorcise several ghosts. The spirits themselves aren't your enemies, however. What you really need to avoid is a dressed-down clown called Jimmy Hall. This grumpy landlord can be found stalking the halls with a bat in hand, and you'll need to watch and listen to each screen carefuly if you want to avoid an unwelcome bonk on the head.

At Dead of Night mixes CG with live-action footage to deliver its unique spooks and scares. And while the controls can prove frustrating, At Dead of Night is practically guaranteed to scare you witless.

Spine tingles: 5/5 - if dread and jump scares are your thing.

As the nights stretch longer and cause the light of day to dwindle, it’s no surprise that an increasing number of horror games are coming knocking at our doorstep. While we can’t speak as to the quality of the following titles, they certainly have us tempted for a future scare session:

Unflapped by our list of the scariest horror games to play in 2021? Terrify us all with your choices in the comments section below.