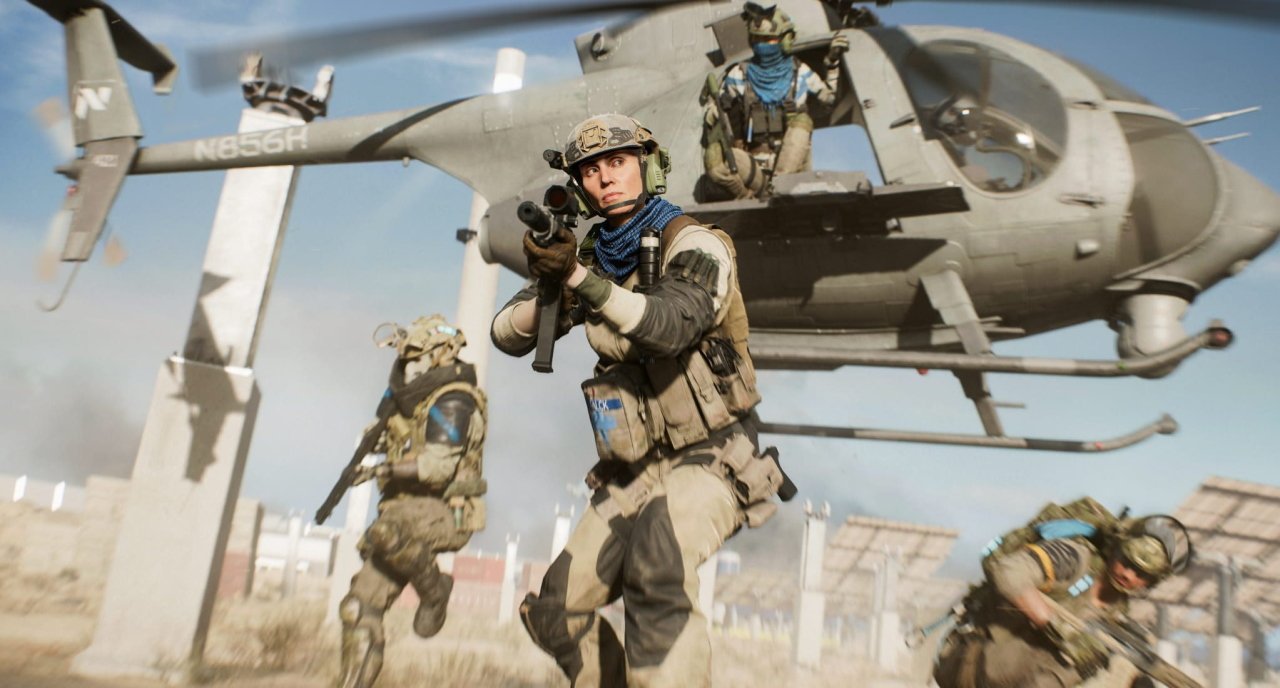 Battlefield 2042 Hazard Zone: Everything we know about the new game mode

Battlefield 2042 has been keeping its secrets close for quite some time, but as of last night, we finally know what it’s elusive final mode, Hazard Zone, is all about. It’s a little bit of Battle Royale, and a whole lot of Escape From Tarkov. If you’re eager to learn more about this new game type for the series, we’ve broken down everything we know about Battlefield 2042’s Hazard Zone mode below.

What is Hazard Zone?

Hazard Zone describes itself as “a tense, squad-focused survival experience”, and is an entirely new game type included within Battlefield 2042. It’ll have its own menu, separate to those for Battlefield 2042’s traditional multiplayer and the custom-games of Battlefield Portal.

In Hazard Zone, teams of four are dropped into the game’s massive maps with a goal to collect Data Drives then extract before the time runs out. These Data Drives will be scattered randomly inside crash-landed capsules across the map. You’ll need to defend a capsule’s location while you extract the Data Drives within. Before each game you’ll be given intel on which zones are likely to have the most Data Drives and other rewards in your upcoming run.

Successfully extracting with Data Drives will earn you Dark Market Credits (DMC) which can be spent on purchasing weapons and equipment for future missions. You can also purchase upgrades to give your squad a higher chance of survival. Don’t worry if you’re not successful, though, as everyone will start with a basic Assault Rifle.

You won’t just be fighting against other squads, however. Hazard Zone maps will also be filled with AI Occupying Forces, and they aren’t friendly. Fighting them can secure you Data Drives, but it’ll cost resources and alert other squads to your presence.

Hazard Zone isn’t likely to be an all-out actionfest, either. While eliminating enemy teams is certainly a good idea, ammunition and equipment are extremely limited. You’ll have to visit Ammo Stations in order to resupply once more. As such, you might not want to take every fight or you’ll risk running out of equipment before the extraction contest begins.

Unlike Battle Royale games, there’s no closing circle here. Instead, each Hazard Zone match includes two extraction phases – one shortly after the start of the match, and the second toward the end of a game. Extraction zones are marked with green smoke, and squads will need to defend the area from other teams and the AI Occupying Forces until they’re able to climb aboard a helicopter.

Extraction locations are determined randomly each match, but you’ll be alerted to their location briefly before extraction becomes available. The first extraction is available for players who speedily collect Data Drives and are ready for an easier exit. Once that passes, a storm will pick up on the map, making it more deadly to traverse. The second extraction marks the final phase of the game – anyone who doesn’t make it out will lose all their potential rewards to the storm. Expect fighting for that second exit to be fierce.

Now here’s the catch – only one squad can successfully extract at each stage. With just two extraction phases, that means from all the teams involved in a single Hazard Zone game, only two will ever successfully make it out.

Survive your Hazard Zone run to be rewarded based on the number of Data Drives that your squad extracted as well as the individual actions, like kills, you performed during a match. You can even earn an Extraction Streak for consecutive wins that’ll reduce the cost of weapons and equipment for that Specialist.

Hazard Zone promises to make use of all seven of the new Battlefield 2042 maps:

How many players is Hazard Zone?

On PC, PS5, and Xbox Series X/S, Hazard Zone will support 32 players, or eight teams of four. On PS4 and Xbox One, that player count will be dropped to 24 players, or six teams. That might not seem many, but remember that only two will ever successfully extract from a match.

Hazard Zone will make use of Battlefield 2042’s Specialist system. Before each game, players in your squad will need to pick four unique Specialists (no overlaps are allowed within a squad), then adjust their loadout as desired. These Specialists fall into the more traditional Battlefield roles like Assault and Recon, but each one has their own bespoke ability and perk to grant an edge in combat. So far, DICE has only revealed five of the game’s Specialists (more details here), but 10 are expected at launch. More Specialists will be added in post-launch updates.

Uplinks are a new piece of equipment unique to the Hazard Zone mode. These laptops can be found scattered around each Hazard Zone map and offer powerful bonuses to your team. At launch, three uplinks will be included:

In addition to weapons and equipment, the DMC earned from successful Hazard Zone runs can be used to purchase Tactical Upgrades to boost your Specialist. 15 are planned for release, but here are the five revealed so far:

That's everything we know about Battlefield 2042 Hazard Zone so far. If you're a fan of games like Escape From Tarkov or Hunt: Showdown, you'll know the general setup already, but expect Battlefield's usual level of bombast to be piled on top here. Excited for the mode? Let us know in the comments below.