Find this super handy crafting resource with our guide. 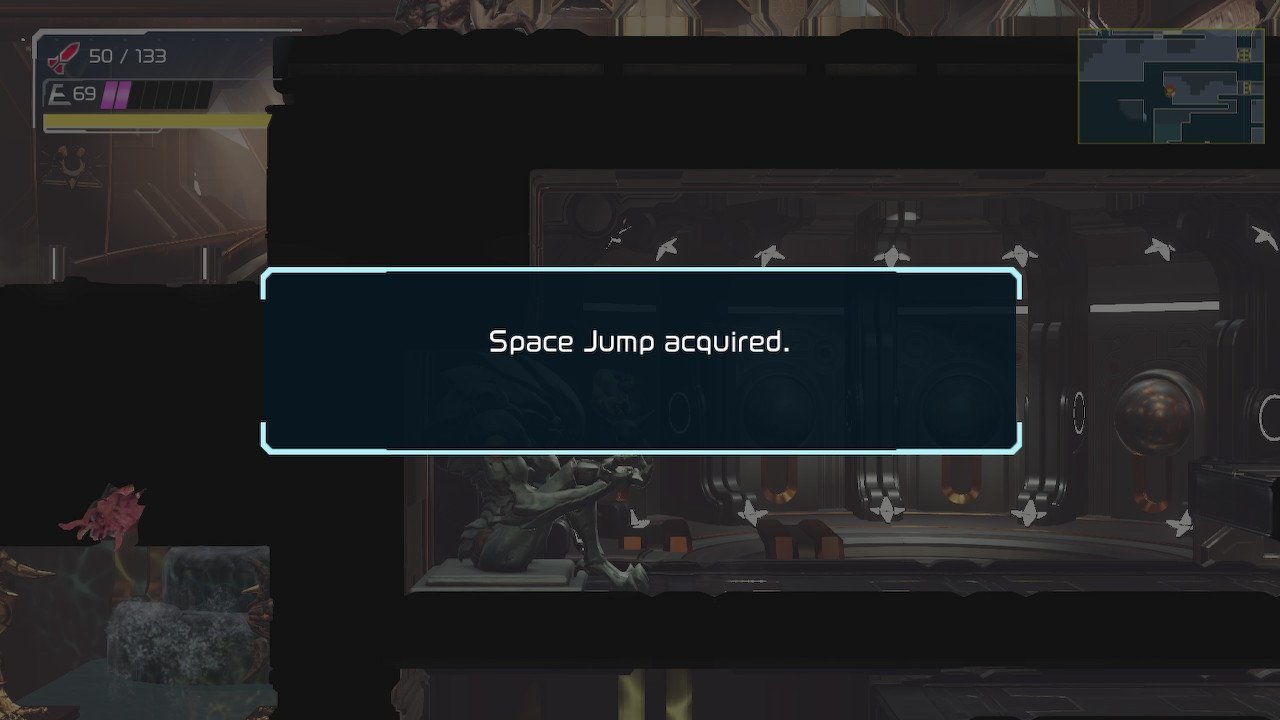 Metroid Dread: Where to go after Space Jump

Learn how to get the Gravity Suit in Metroid Dread so you're free to explore every area.

Metroid Dread: Where to go after Space Jump

The Space Jump power is acquired on Ferenia, right after you gain the Storm Missiles upgrade and beat the Twin Robot Chozo Soldier boss. It lets you jump to ever-increasing heights in the air, and sustain your height with well-timed jumps in water. Collecting it, you’ll find yourself right next to a shuttle back to Ghavoran, which is exactly where you want to go after getting Space Jump in Metroid Dread.

Once you return to Ghavoran you’ll probably notice a few interesting areas you could explore, but our immediate goal is to return to the sunken region of Burenia. The fastest way to do so is to access the Teleportal shown on the map above. Come off the shuttle, head through the upper chamber and morph ball passage, the drop down into the water. Use your shiny new Space Jump power to hop across the water-logged room to reach the ledge on the other side. You’ll need to time your jumps carefully to sustain your height. Don’t press the button too early or Samus won’t jump again at all. Roll down the morph ball passage and you’ll get a glimpse of a Missile Pack before being dumped into a Green Teleportal room. Pass through to travel to Burenia.

Once in Burena, head down into the large chamber. There’s a Missile+ pack you can grab on a ledge here, but your main aim is to jump from the ledge by a door on side of the room all the way to the other. Again, time your Space Jumps to keep the same height and reach the Plasma Door in the top left corner, as shown below.

We don’t want to spoil too much more of path ahead, but keep going on this route and it won’t be long until you’re able to earn the Gravity Suit, which allows you to move freely underwater. This is a vital pickup that’ll open up many areas for Samus.

That’s all we have to teach you about where to go after Space Jump in Metroid Dread. We’ve got plenty of other guides including boss breakdowns and more, so head over to our hub page for the game if you’re interested to learn more.