Learn how to beat Burenia's Drogyga boss in Metroid Dread so you can progress through Samus' new story. 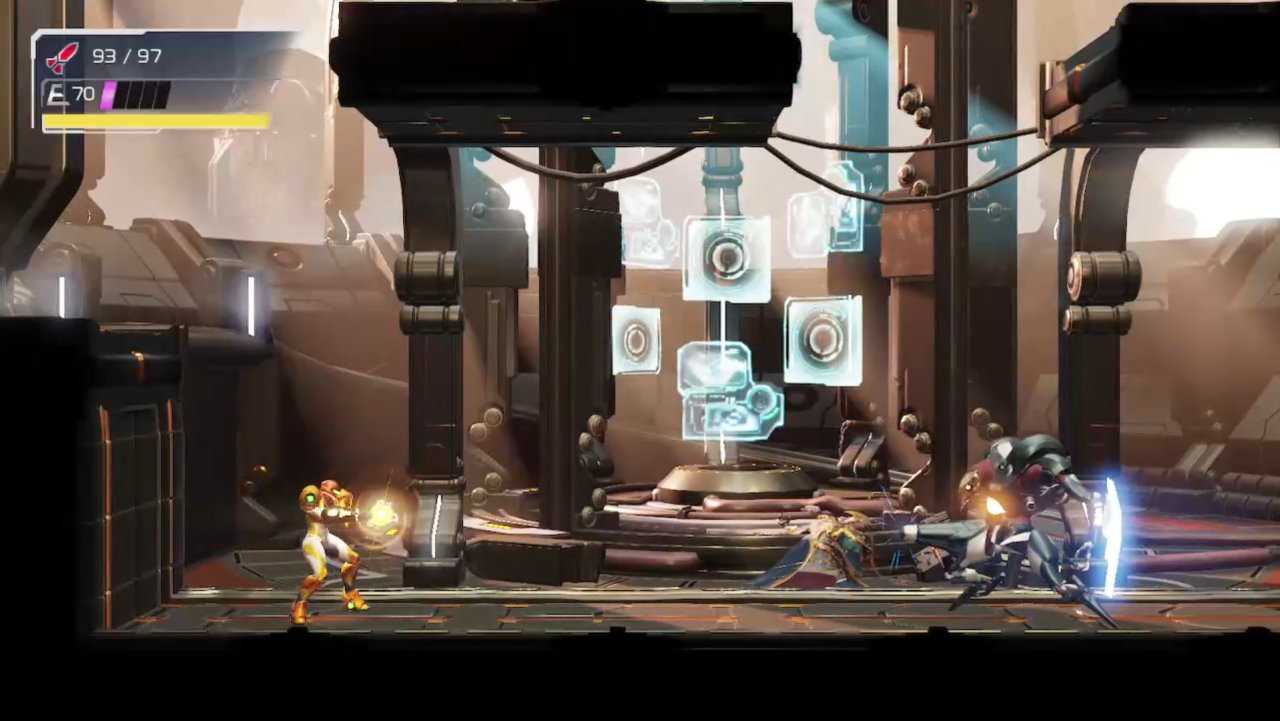 Learn where to go next after beating Kraid and getting the Diffusion Beam in Metroid Dread.

One of the toughest foes Samus will be caught off guard by are the Robot Chozo Soldier bosses. These engine-powered combatants will spring upon you without warning and are easily capable of melting your Energy bars in just a few attacks. Fortunately, they are beatable with the right strategy. To help you overpower them, we’ve broken down how to beat the Robot Chozo Soldier boss in Metroid Dread below. With a few simple tips you’ll be able to toss these tin cans to the curb and continue through ZDR.

The Robot Chozo Soldiers are extremely dangerous enemies you’ll face a few times in Metroid Dread. Try to fight them head on and they’ll carve through your health in just a few shots or slices. The key to these boss fights is to keep moving continuously while unloading missiles into your enemy. It might not seem like missiles are doing all that much damage, but they’re by far the best option to attack with.

The Robot Chozo Soldier is very mobile, but it needs to stand in place to properly attack you. Force it to change levels and heights while you fire missiles. Don’t let it get an easy shot in return.

Here are the key attacks to watch out for:

The Robot Chozo Soldier boss has two melee attacks, both of which are a rapid lunge with a scythe blade on its arms. One, as indicated by a flash before the strike, can be countered to open the boss up for heavy damage and a few item spawns. The other is unblockable.

Look for a red electric glow as the enemy starts their attack windup – this indicates an unblockable attack you’ll need to dodge. To avoid it, you should jump upwards and Flash Shift forwards over the Robot Chozo Soldier’s head. The attack has massive range, so you want to be behind the boss to ensure it misses.

Tips: While countering is powerful, the window here is tiny and you’ll need rapid reactions to judge the difference between a counterable or unblockable attack. Messing up will cost you almost an entire Energy bar. Our advice is to forget about countering and instead focus on running away while firing missiles.

The Robot Chozo Soldier has three different ranged attacks. The basic attack fires three projectiles slowly. You can dodge these easily at range by jumping over or ducking under each one.

The second attack fires the same three projectiles much more quickly. In this case you need to get out of their line of fire – jumping forwards and over the shots also works.

Finally, the Robot Chozo Soldier boss will charge a powerful shot, indicated by a round glow at the end of its weapon. This charge shot travels much more quickly, so it is best avoided at range by jumping and Flash Shifting. Try to stay far away when this attack is charged.

Tips: The Robot Chozo Soldier stands still while firing its ranged attacks. If you can keep your distance, this is a great opportunity to unload a large number of missiles before or after you dodge its shots.

Overall, to beat the Robot Chozo Soldier in Metroid Dread you want to keep moving around the arena, forcing the boss to follow you as you stop to fire missiles at it. Jump and Flash Shift over any melee attacks to avoid the biggest damage. Fire enough missiles or charge shots and eventually you’ll bring it down.

That’s all the advice we have for how to beat the Robot Chozo Soldier in Metroid Dread. We’ve got plenty of tips for other bosses, including Burenia’s tentacled menace, Gorgyga, which you can read here. Otherwise, visit our hub page for the game to find more useful guides.