Find the Camo Quinceanera M16 with our guide. 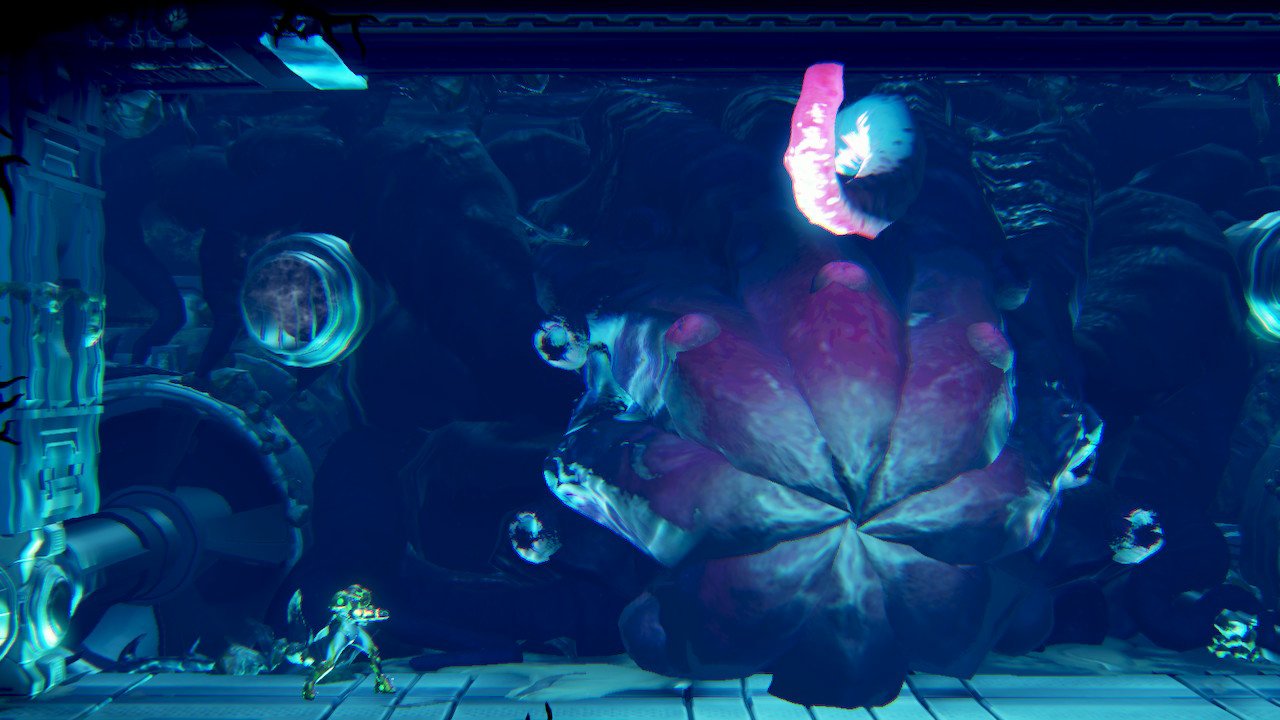 Metroid Dread’s Burenia sector features several brutal fights, but the tentacled Drogyga boss fight is particularly challenging if you’re not sure what you’re doing. This oversized squid plant can melt your Energy bars in just a few swipes, and it won’t let you deal damage without completing a specific sequence. Below, we’ll walk you through how to beat the Drogyga boss in Metroid Dread’s Burenia region.

You’ll find the Drogyga boss fight at the top sector of Burenia, after the path is opened for you by the Chozo in Ferenia. Entering the arena via the morph ball tunnel will see Samus drop down into the left side of the chamber, with Drogyga on its right.

Your aim in this fight is to complete Four tasks that’ll allow you to damage Drogyga:

Here's how it should look in action:

Completing these steps will cause the water to drain from the room, opening Drogyga up for attack. When the squishy inner is exposed, you can unload charge shots or missiles to deal damage before repeating the steps above.

While you’re aiming to achieve this, you’ll need to watch out for two different attack types. The first sees Drogyga swipe a tentacle at the floor twice in a row. All you need to do is watch for the tentacle to lift, then jump, and jump again as soon as you land.

Drogyga’s second attack fires repeated waves of glowing orbs from above. You can only destroy the blue orbs, not the red ones. Charge a charge shot and shoot one of the blue orbs, then stand under the position it was in. Use the time that the other orbs are falling to shoot the tentacle connected to the ceiling. Drogyga will halt any of its attacks when you damage it enough to detach the ceiling tentacle.

When you’ve damaged the Burenia boss enough, Drogyga will enter its second phase. There’s not much difference here beyond the fact that it will spawn two red orbs instead of two blue ones in one of its attacks. Stand in the right place and you can repeat the steps shown above. Provided you fire enough missiles and charge shots in the openings, you should be able to beat Drogyga in two or three loops.

That’s all we can teach you about how to beat Metroid Dread’s Drogyga boss in the Burenia region. Sadly you won’t earn much of a reward for this one, but it will let you push on to new zones. We’ve got more tips and tricks including a guide for taking down Robot Chozo Soldiers in our hub page for Metroid Dread that’ll help you take on the game’s other bosses, so be sure to take a look.