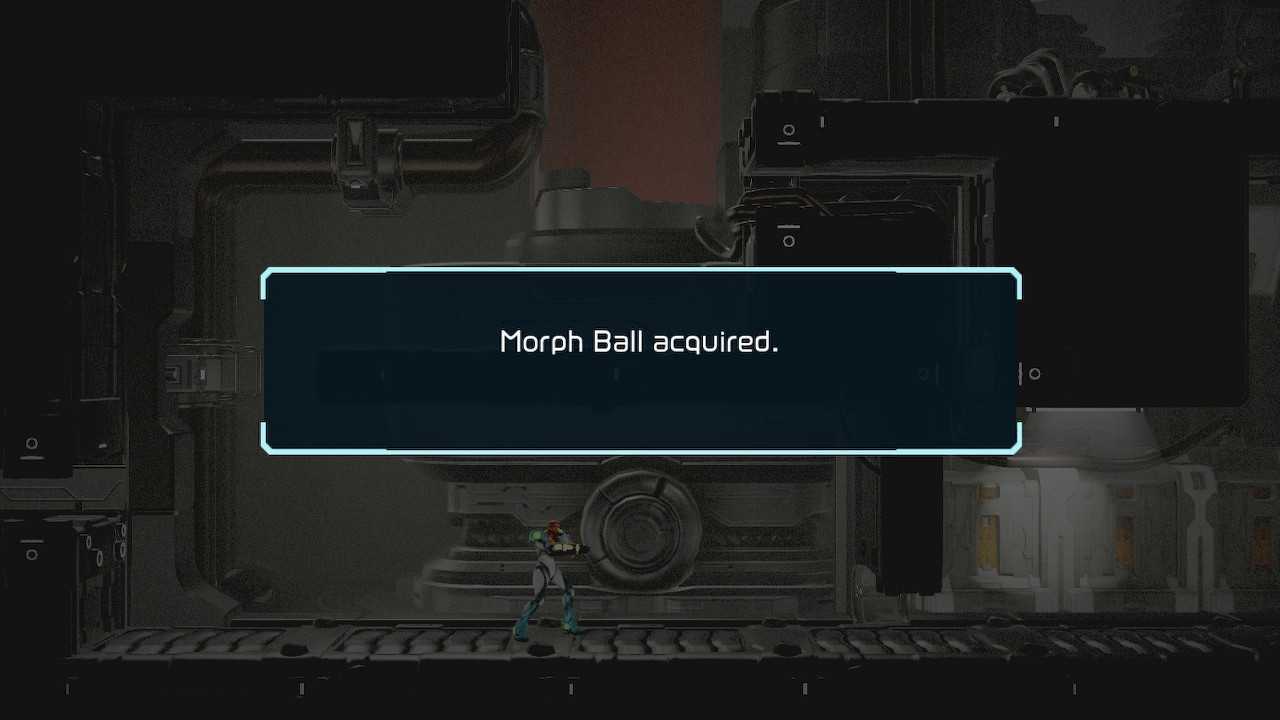 Metroid Dread: How to get the Morph Ball

Samus Aran's Aeion abilities in Metroid Dread are powerful tools that will help you explore and outrun your EMMI pursuers.

In classic form for the series, Metroid Dread teases you with a whole load of items that you won't quite be able to reach in the early stages. The most common sort of these tempting upgrades is hidden in a thin tube requiring Samus to enter her Morph Ball form. If you want to access them, you’ll need to learn how to get the Morph Ball in Metroid Dread, which we’ve conveniently explained below.

How to get the Morph Ball in Metroid Dread

The Morph Ball is a key upgrade you’ll earn as you progress through Metroid Dread. You’ll get the Morph Ball by defeating the green EMMI robot in Cataris.To take it on, however, you’ll first need to have obtained the Wide Beam in Darion. That comes after the Charge Beam, Phantom Cloak, and more, so keep trucking if you’re not up to the region yet. Once you grab the Wide Beam, you can return directly to Cataris via shuttle and attempt to access the Control Unit within the EMMI zone.

Returning to Cataris with the Wide Beam, you can push the block just south of the Dairon Sshuttle area to access the EMMI zone once more. The Control Unit is located in the top left corner of the EMMI zone, as shown on the map above. You’ll need to head down through the first EMMI zone and open another Wide Beam door. In the next area, you’ll need to loop around the lower path to the left, access the upper level, head right, and climb the blue surface to the top of the EMMI zone. You can then travel directly left to reach the Control Unit in the top left.

The fight inside should be fairly straightforward, as it’s just a tougher version of the previous Control Unit fights you’ve done. Spam missiles and charge shots at the floating brain while dodging the projectiles.

Once you’re powered up with the Omega Cannon, you need to defeat the EMMI to get the Morph Ball power. Find a section of the EMMI zone with a long, flat surface, then unleash the stream attack to destroy the EMMI’s head plating. After that, you need to find enough space to charge the Omega Cannon and shoot the EMMI directly in the head. If you haven't already, it's worth learning how to counter EMMIs before taking on this fight.

Once the EMMI is beaten Samus will automatically reach down to its body in a cutscene and claim the Morph Ball power. To enter it, just tap down twice when standing still, or hold ZR when running. The Metroid Dread Morph Ball can freely jump using the B button, but you'll also need to master bomb jumps in future to claim some of the hidden powerups.