The original trilogy of PS2 GTA games are being remastered and released for current generation consoles and PC. 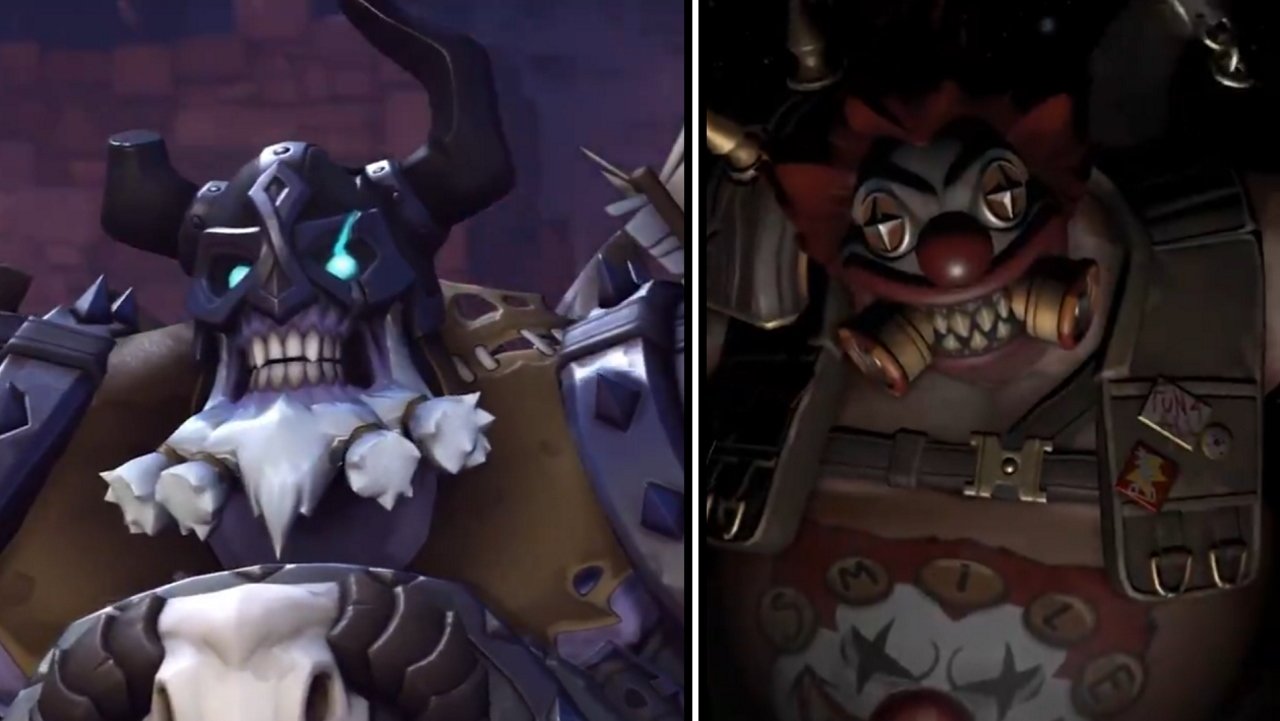 Metroid Dread: How to get the Morph Ball

Get the Morph Ball in Metroid Dread to open up access to the many tubes and tunnels across planet ZDR.

Steel yourself, because there are terrifying sights ahead. The 2021 edition of Overwatch’s Halloween Terror event is coming at the end of the month, and developer Blizzard has finally shown off the new skins we can expect. We’ll be updating the article below to include all the Overwatch Halloween Terror 2021 skins as they’re revealed.

As usual, the Overwatch Halloween Terror 2021 skins offer a range of Legendary and rare new looks for our favorite heroes. We now know the full list of skins, and the full details of the event have been unveiled. You can unlock three of the skins below by completing the event challenges over the course of three weeks. Prepare for frights as we rattle through the Overwatch Halloween Terror 2021 skins below.

The official name for this new Halloween Terror Roadhog skin hasn’t been released yet, but it’ll certainly let you clown around. Clearly taking inspiration from IT’s Pennywise villain, this Roadhog design featured a full clown tattoo on his belly, along with spiky red hair and a painted white face with massive teeth. A suitably horrifying way to start the Halloween Terror 2021 skins collection. This one's available to earn for free through in-game challenges.

Next up is a Halloween Terror 2021 skin sure to suit anyone who enjoyed God of War, Skyrim, or even spent much of this last year in Valheim’s wilderness. Draugr Reinhardt reconfigures his armor into leather, iron, and animal pelts. The old fellow’s face has also been given a lick of spooky paint, as he’s now got a skeletal grin and blue, glowing eyes. This resurrected Reinhardt ancestor certainly had his fair share of fights if the number of embedded arrows is anything to go by. Our advice? Steer clear of his gigantic axe or the best you’ll be able to hope for is half your body being resurrected in future.

Following on from Reinhardt is Brigitte, whose Halloween Terror Skin is sporting a pallid complexion. This classy look sports a skull design on the back, shoulders, knees, and shield. We're big fans of the coat, which comes complete with the essential vampiric popped collar. Always so stylish, Brigitte. She claims she's a vampire hunter, but is that just a vampire who hunts?

Perhaps serving as a minion of the lady above, Echo's Halloween Terror skin transforms her into a metallic bat that honestly wouldn't look amiss as a comimc book villain. The curved orange-and-black wings may draw the eye, but take note too of the large sensor ears which closely resemble a real Vampire Bat's. Try not to get caught under her either, because those feet are sharp. Unless that's your thing, of course.

Bastion has fully embraced the Halloween spirit this year by outfitting himself in all manner of coffin-themed decorations. Note the skeletal hand at the end of one arm and the delightful RIP message, presumably added as an instruction for anyone facing his turret head on. We're also fond of the undead bird perched on his shoulder.

Another one of the skins you'll be able to unlock for free during the Halloween Terror events is Skeleton Genji. Lit up in neon, he's ready to head off for a Day of the Dead celebration, but only after he's done assassinating your supports from behind.

No longer just the GOAT DJ, Lucio is now quite literally a goat. A devilish one, that is. WIth furry bottoms and a twisted grin, he skates upon green, bladed shards. Don't worry, he'll still dish out healing when and where it's needed mid-match, you just need to sign a pact with him first. No, don't worry about reading the small print.

And finally, the last Overwatch Halloween Terror 2021 skin available as a weekly challenge is Einherjar Zarya. Certainly one for the goths out there, it dresses her in a dark design lit only by pale skin and blue stripes along the arms.