Metroid Dread: How to save

Learn how to save your progress in Metroid Dread so that Samus isn't backtracking any more than necessary. 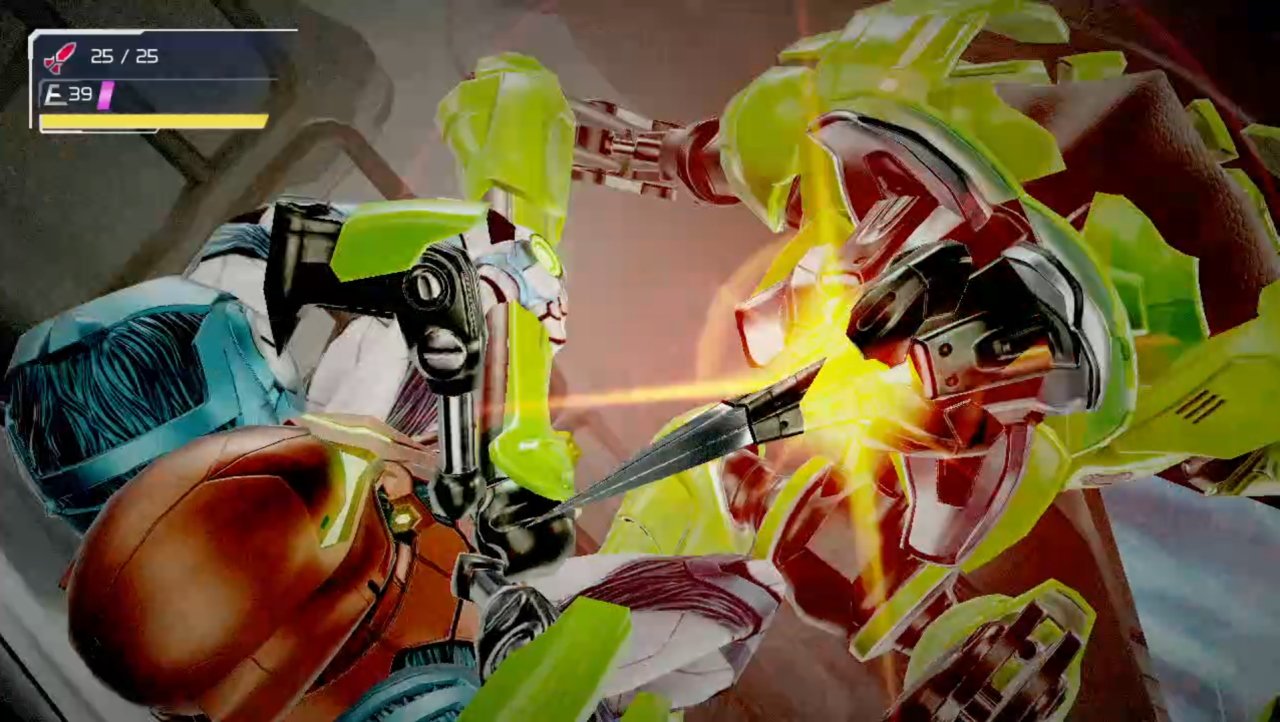 Metroid Dread: How to counter enemies and EMMIs

The original trilogy of PS2 GTA games are being remastered and released for current generation consoles and PC.

How to counter in Metroid Dread

Against most enemies, countering is fairly straightforward, though that doesn’t mean it’s easy. To counter in Metroid Dread, you need to wait for the enemy to prepare and lunge to attack. During their attack motion, they’ll emit a bright flash of light – that’s your queue to hit the counter button, which is x by default.

If you time it right, Samus will smack the enemy back with her arm, then aim directly at them for a high-damage counterattack. Enemies killed following the melee counter will drop far more health or ammo than typical, making it a great way to recover when low.

Every enemy has its own attack style and speed, so you’ll need to learn and practice to master the counter or parry against them all.

It’s also worth noting that most bosses have specific counter windows in which Samus can open them up for an animated takedown which deals a lot of damage. As you take part in each fight, keep an eye out for a key flash that you can counter during.

How to counter EMMIs in Metroid Dread

To counter EMMIs in Metroid Dread you’re going to need much better timing, and the punishment for failing is instant death. If you can practice and master this, however, it’ll save your life on many occasions.

The general principle is the same – wait to see a flash of light and press the counter button (that’s X again) right as it occurs. When one of these robotic stalkers grabs you, it’ll perform a short animation before stabbing. During this sequence, most EMMIs will flash twice, giving you two opportunities to escape. In the image above, you can see the Emmi's hand flash as it attempts to grab Samus.

In the footage below, you can see the EMMI’s hand flash the first time before it pins Samus to the floor. Next, its eye flashes directly before the killing blow. You can hit the counter button at either of these moments and Samus will kick free, briefly stunning the EMMI. Using a parry against an EMMI isn't easy, but it is extremely satisfying.

You cannot spam the counter button during an EMMI kill sequence. If you do, Samus will flail out of time and be killed. You have to time the counter with either of the flashes shown. Different EMMI modes use different sequences, meaning you’ll need to practive against each one. Even then, the timing is very precise, meaning you shouldn’t rely on this to escape.

If you successfully counter an EMMI, you’ll stun it briefly, knocking it upright. If trapped, you can use this opportunity to slide through the EMMI’s legs and escape.

That’s all there is to know about how to counter generally, and how to counter EMMIs in Metroid Dread. Check out our controls guide to learn all the other inputs you’ll need to master.