If you haven't played the Tangled Shore bits yet you've got a few months left before it disappears into the vault. 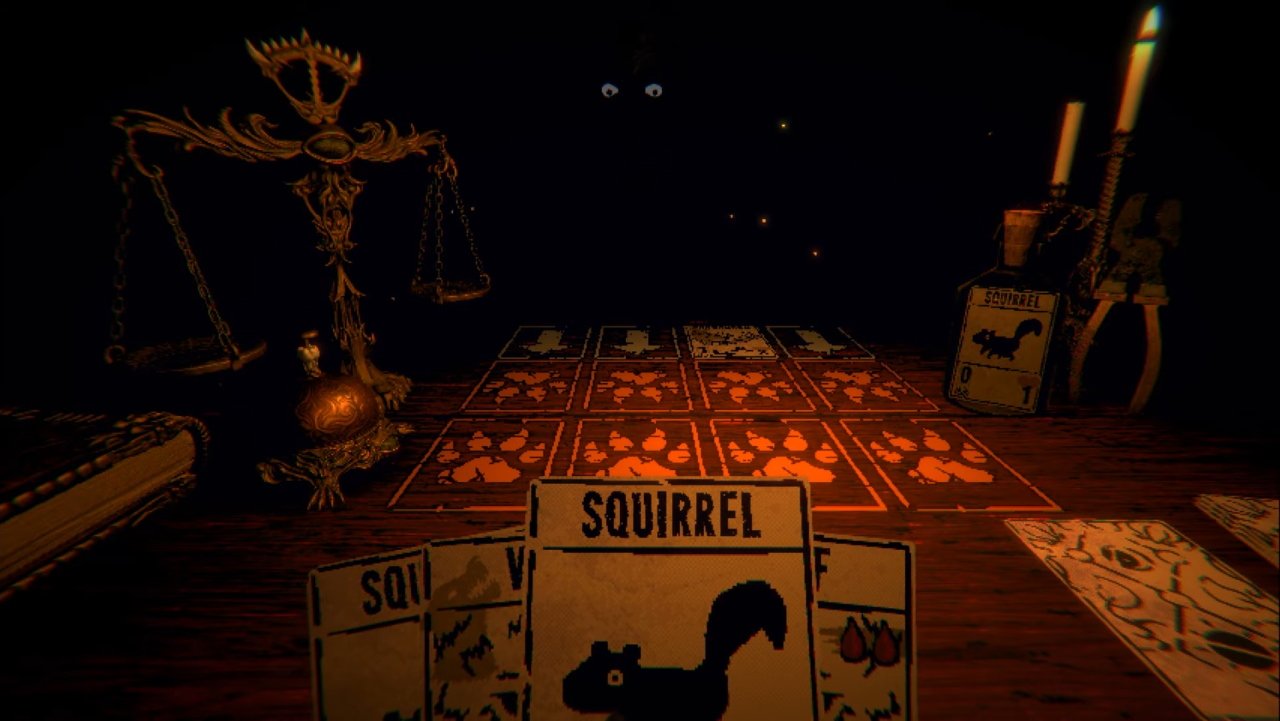 Inscryption is a disquieting card game about sacrificing squirrels

Inscryption is an unsettling card-duelling game in which you sacrifice squirrels to feed your powerful deck. Oh, and sometimes your cards can talk.

Teased during Steam Next Fest back in June this year, Inscription is the latest title from the creator of Pony Island and The Hex. If those names mean anything to you, then you’ll already know not to take anything the game presents at face value.

The latest trailer for Inscryption introduces us to the game’s core systems. Progressing along a map of encounters, you’ll duel with monsters and bosses through the medium of card games. Victories and encounters are a chance to add more powerful abilities to your deck and progress further on each run. The structure of spawning and sacrificing cards to summon more powerful creatures will seem pretty familiar to those who’ve tried classic card games like Yugioh, but it’s fair to say that the dress setting is a little odder here.

As developer Daniel Mullins states in the trailer, “the first thing you’re going to want to know about Inscryption is that squirrels are the basic resource.” Things only get weirder from there. While Mullins attempts to relay the game’s core concepts, one of the cards in his hand – a grumpy-looking stoat – breaks the fourth wall to address the viewer and ask for help.

From there on it’s a decent into stranger events as Mullins loses control over the demo, is forced to delete cards, and eventually calls the entire affair off as we break into a mix of gameplay and live-action sequences. The meta-antics of Pony Island are certainly continuing in Inscryption, but what has us most intrigued is that, coupled with a gorgeously grim art style – the core game concept looks like a lot of fun.

Inscryption is due to release for PC (via Steam) on October 12. There’s a demo available to try on Steam right now.