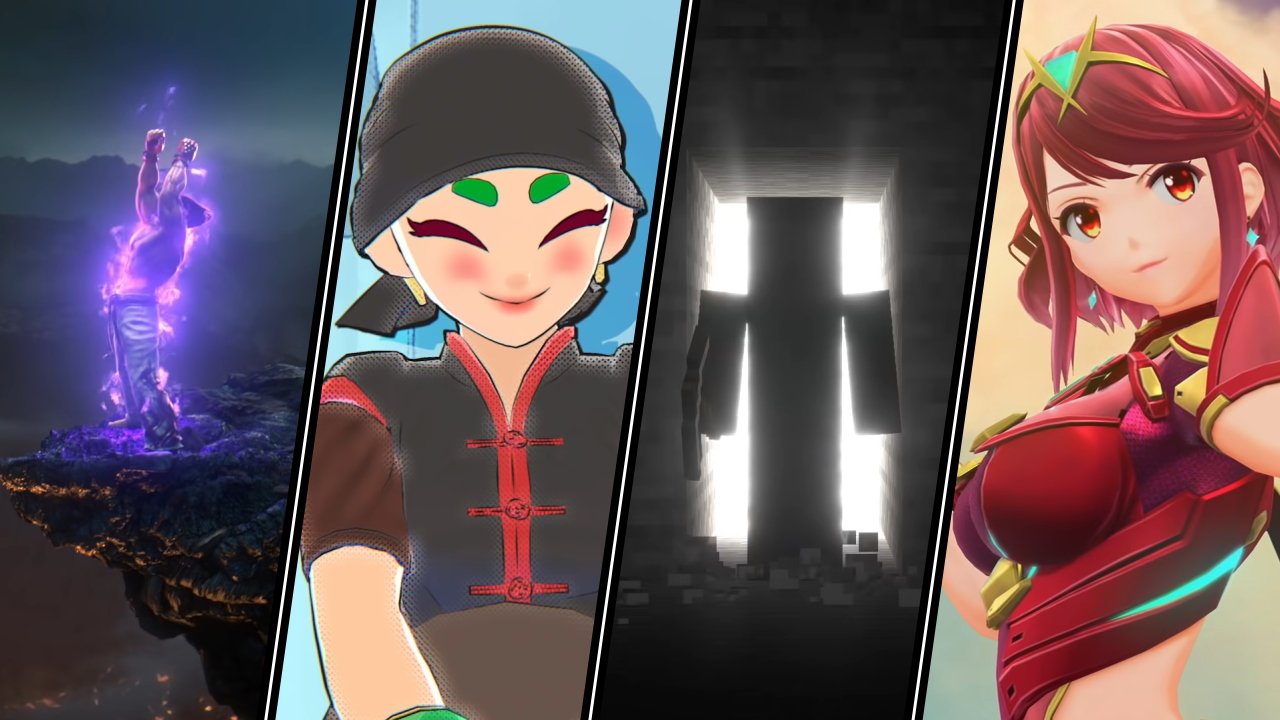 Sakurai came, Sakurai Sora’d, and Sakurai conquered. The addition of Kingdom Hearts’ Keyblade warrior means Smash Ultimate’s DLC doors have finally slammed shut. But as we look back at the 12 extra fighters added over the last three years, which one do you think made the grandest entrance? Join us as we rank every Super Smash Bros. Ultimate DLC character reveal trailer, starting with the damp squibs of Smash and ending on the S-tier showstoppers.

Pre-order DLC isn’t popular at the best of times, but Piranha Plant has to be one of the weirdest implementations we’ve seen. Offered up as a free bonus for anyone who picked up Ultimate early, the sharp-toothed Mario enemy left most of us perplexed as to what exactly it was doing in Smash.

The series is famous for highlighting the stars of multiple franchises, which meant a random addition to bolster Super Mario’s already numerous character list felt especially weird. If Waluigi fans want to blame anyone for his absence, pick this guy. Easily the weakest DLC character reveal, even if the garden pot dweller gathered an impressively fervent following after release.

Min Min was probably the strangest DLC choice for Smash Ultimate, and that’s including Piranha Plant. Yes, Arms was an official Nintendo title and a cool new IP at that. But by the time Min Min was dramatically unveiled, Arms was three years old and everyone – seemingly even Nintendo included – had all but forgotten about its stretchy showdowns.

Would this tie into a sequel reveal or even some surprise DLC for Arms? Er, no. It was just a late addition, and an odd choice of character to pick at that (Twintelle, anyone?).  But hey, at least we got the glorious imagery of Captain falcon enjoying noodles next to Kirby.

Another Fire Emblem character? Seriously? You could almost hear the cries of despair echo across the internet as Three Houses’ Byleth made her debut. It was great to get an animated sequence spoofing the game’s story, and the reveal even made a self-aware nod toward fan complaints over sword wielders.

Switching between weapons and ranges, Byleth also filled a unique and unusual role within Smash’s heavyweight class. But when the announcement came, there was no escaping the fact that this was yet another Fire Emblem representative in a game which had seven already.

Xenoblade Chronicles has only grown in popularity since Shulk’s started “really feeling it!” in Smash Wii.U, which meant the series getting another representative wasn’t all that much of a surprise. While the double up of two characters (and fighting speeds) in one is cool, it didn’t help that Pyra and Mythra added yet more sword swingers to the mix. It’s also hard to deny how garish and generic the character designs for the two are, making them some of the least interesting options in Smash.

Terry Bogard made a brilliant addition to Smash’s catalogue, and he serves as a wonderful love letter to long-term fighting game fans. His reveal trailer was excellent, too, with the contest to claim a Smash invitation rendered entirely in retro pixel art. So why is he sitting so far down this list? Well, it’s hard to avoid the truth that most Smash fans today didn’t have a clue who Terry was when first revealed. Basically, Terry’s reveal made us feel old. Thanks for that, Terry.

Hero’s reveal was little lukewarm in the West, but it’s hard to deny just how immensely popular the Dragon Quest series is in Japan, and how much this addition meant there. The implementation was impressive, bringing a huge range of costumes representing different games, and an even larger selection of spells to mess with. By far the greatest part of his unveiling, however, was watching dedicated and professional Smash players react to the fact that this was a character with a random critical hit chance that could, with luck, kill in just a couple of hits.

If we were ranking this list based on reaction videos alone, Nintendo’s New York fans would probably have seen Banjo & Kazooie plonked right at the top. The bear-and-bird combo made their name on the N64, but since then we’ve seen little from them under their Microsoft lease. Despite that, they’ve continuously popped up in surveys regarding desired characters – at least where Western audiences are concerned. The bait-and-switch antics of their announcement trailer only made the reveal all the better, and it was brilliant to see them make a home on Nintendo’s shores once more.

Kazuya’s reveal likely disappointed many during a time of frenzied discussion over whether the likes of Master Chief, Sora, and Doom Guy would grab one of the final two slots. But while fandoms may have grumbled, there was no denying the pure joy that went into crafting the intro in which he dumps fighter after fighter into a volcano. With Street Fighter and Fatal Fury already in attendance, the roster wouldn’t have felt right without Tekken getting attention as well. Who needs Tekken x Street Fighter anyway?

We’re glad that you couldn’t bet on Smash character reveals, because there is no way Steve/Alex would have built a blocky home on our lists. Minecraft is unquestionably popular, sure, but the game barely features characters, and would they even work as a fighter? As it happens, yes, and impressively well at that.

On top of straight-up disbelief, Steve/Alex’s reveal trailer packed in plenty of comedy, and it also brought the realization that Minecraft’s stellar soundtrack would join the Smash roster. Probably the best thing to have arisen from Microsoft and Nintendo’s friendship in recent years.

The cheery-hearted star of Kingdom Hearts has been one of Smash’s most-requested characters long before Ultimate graced our Switch screens. But with Disney holding the rights, would it ever actually happen?

Nintendo’s lawyers, we thank you. Somehow, Sora’s unveiling felt almost inevitable as that final reveal sequence kicked off, but that didn’t make it any less special for Kingdom Hearts fans worldwide to see that Keyblade materialize. Also, we got confirmation that Mario is, in fact, a wielder.

When Cloud entered the previous iteration of Smash, Square Enix made it clear how little they were willing to give – a pittance of songs accompanied the Midgar hero’s arrival. We had all assumed that was that, and we’d have to be happy with what little we’d been given. That is, until the one-winged angel sliced Ultimate’ big baddie Galeem clean in half as his music – ooh goodness, that music – sent shivers down our spine.

Villains rarely get the chance to shine in DLC additions, so it was glorious to see one of gaming’s most memorable seemingly impale Mario upon his blade during the CGI sequence. Sephiroth, we’re glad you’ve proven far more than just a memory.

Despite the name, The Game Awards is known best for hosting a plethora of surprise announcements each year. But even among a cavalcade of CGI trailers, Joker’s Smash reveal cut cleanly through the chatter to deliver an electric shock to everyone watching.

Persona 5 still hasn’t released on Nintendo Switch, and no one at the time expected the leader of the Phantom Thieves to steal a place among the game’s top-tier characters. Joker’s reveal was pure surprise, and it’s sheer unexpectedness only added an extra level of thrill, speculation, and suspense to every remaining character slot. This was the reveal the amped up the stakes for everyone.

Got your own ranking for the Smash Ultimate DLC character reveals? Shout at us (politely) in the comments below.