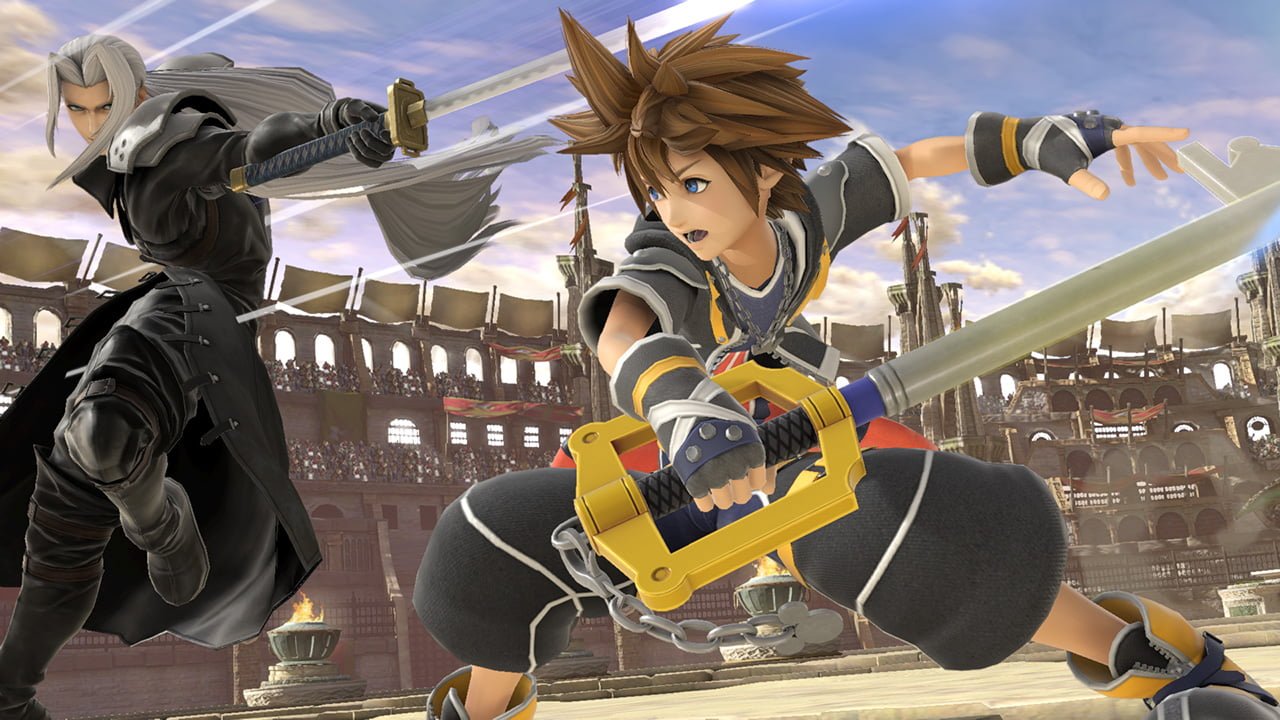 The Best Gear For Diablo 2 Remake

Enjoy your return to the dungeon with the best gear for playing Diablo 2: Resurrected.

We can only imagine the legal battles that ensued to achieve it, but Sora has entered Smash Ultimate. The final DLC fighter was revealed in series director Masahiro Sakurai’s last showcase this week, and he brings plenty of skills from the Kingdom Hearts series. If you’re interested in Sora’s moveset, we’ve listed all the known moves below to get you ready for his release.

Sora is a floaty, sword-wielding character with a selection of ranged spell projectiles. He’s got great jump height and recovery options, but might not have the pace to keep up with the cast’s lead characters. He’s also extremely light, with a weight below even Isabelle and Young Link. Here’s the full moveset we’ve been shown so far in Sakurai’s presentation of the character.

3-Hit Combo: Sora has a unique system which makes several of his moves unleash a series of three hits. This can be performed as a standing jab, in the air, or from using his forward tilt and forward air attacks. You can repeatedly press or hold the A button after attacking to continue the combo. It’s possible to stop at any part.

Jab: Sora swings his Keyblade overhead to initiate the combo, attacking quickly but with low power

Up Tilt: Sora spins the Keyblade flat above his head in a multi-hit strike.

Down Tilt: Sora slices the Keyblade along the floor in front of him, launching anyone hit upwards and towards him. Great for comboing into an up tilt or aerial 3-Hit sequence.

Dash Attack: Sora slides along the floor, kicking his foot out in front of him.

Forward Smash: Sora swings in a single upward strike that reaches far in front of him

Up Smash: Sora pokes the Keyblade upwards in a straight line. It has a wide damage area, but deals increased damage and knockback at the center.

Down Smash: Sora jumps into the air and stabs his Keyblade into the ground. The leap can dodge attacks along the ground, and shockwaves from the hit will damage and knock back opponents close to either side of Sora.

Neutral Air: Sora quickly spins in a circle with his blade. Holding or tapping the A button will initiate a 3-Hit combo which juggles any opponent hit before knocking them back and up. Sora will track the opponent between hits.

Forward Air: Sora swings overhead in front of him. Holding or tapping the A button will initiate a 3-Hit combo, carrying the opponent hit (and Sora) forwards before knocking them back.

Back Air: Sora swings horizontally behind him in a stronger slice. It deals damage on par with a weaker character’s uncharged smash attack.

Down Air: Unleashing the Hurricane Blast from Kingdom Hearts, Sora spins and plummets, hitting in all directions as he falls. The landing is quite dramatic.

Forward Throw: Sora smacks the opponent on the head with his Keyblade, knocking them backwards and into the air.

Back Throw: Sora spins in the spot, carrying the opponent by their feet before throwing them a decent distance backwards. Other opponents can be hit by the spin.

Up Throw: Sora quickly tosses the opponent upwards. Can be followed up with other strikes.

Down Throw: Sora slams the opponent down, dealing minimal damage but not hitting them far. They’ll bounce up in front of him, allowing Sora to follow up into a combo.

Neutral B: Magic - Sora has three different magic attacks which cycle in order

Side B: Sonic Blade - Sora rushes in a directed spiral strike three times. The first movements will be sideways, but you can then move in any direction. This works well as an extra recovery move. Tap the button and Sora will lock on and home towards the nearest opponent for the second two hits. The speed and distance of each movement will decrease when you hit an opponent’s shield.

Up B: Aerial Sweep - Sora spins in a spiral upwards, continuously hitting anyone in his path. It deals a lot of knockback at the end, making it an excellent finisher. You can move slightly to the left and right while rising. Sora can use his Side B (Sonic Blade) at the peak of Aerial Sweep to recover even higher or continue attacking upwards.

Down B: Counterattack - Surprise, surprise, it’s a counter! Sora has a brief moment of invulnerability and will strike back when hit. Sora’s counter strike only hits in front of him, so the counter is less effective from behind. Unlike most counters, this one staggers opponents briefly and will deflect projectiles through and behind Sora, converting them to his side.

Sora points his Keyblade forward and summons a keyhole in the air a distance in front of him. Any opponents sucked in are locked behind a door, taking heavy damage before an explosion send them flying.

That’s the complete Sora moveset in Smash Ultimate. Are you a fan of his style? Let us know in the comments below.