Dreams may be crushed, but we can all appreciate what Sakurai and the Smash Ultimate team have given us. 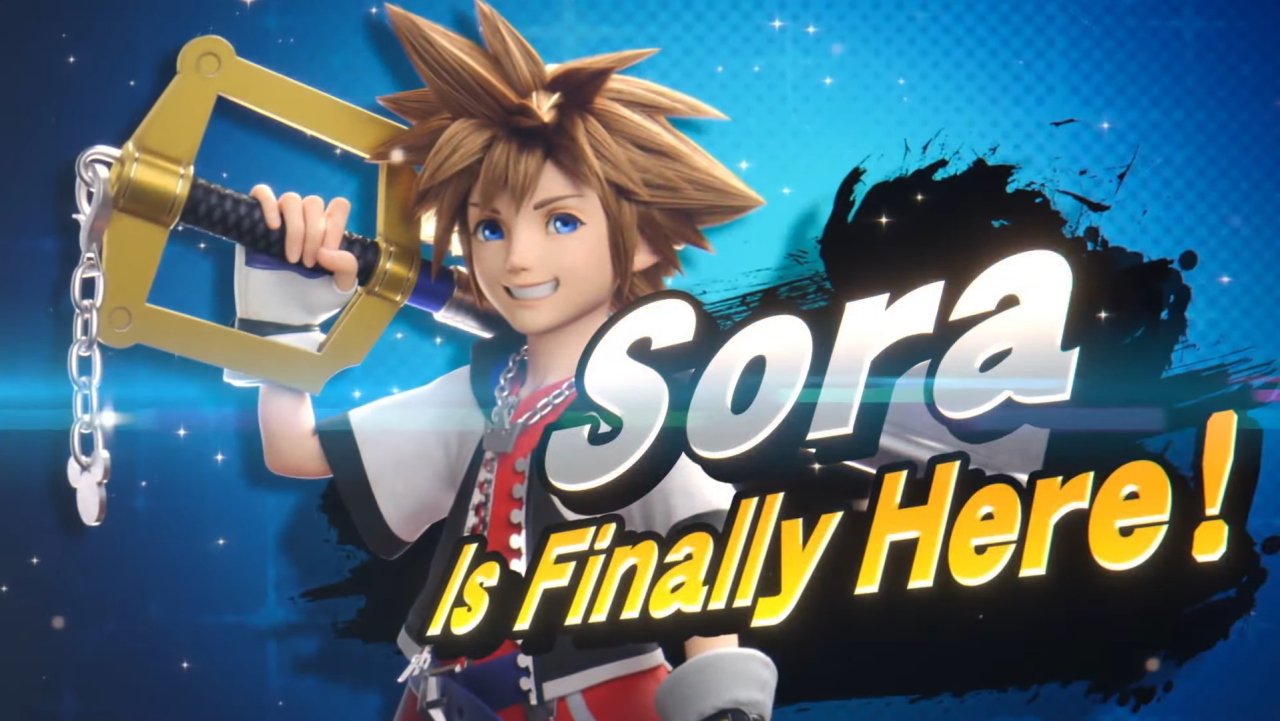 Surprisingly, Sora was not among them.

With just one space remaining, rumors and wild guesses ran amok online, with everyone from Doom Slayer to Sakurai himself thrown out as potential ideas. The wait is over, and we now know that the much-requested Sora from Kingdom Hearts has snagged that coveted last place. As usual, the new character was introduced with an animated showcase. The dark palace lit by a single flame easily could have tricked viewers into believing that a Dark Souls character was making its entrance, right up until a Keyblade came spinning into play.

As part of the reveal, Sakurai explained that Sora had won a previous poll for most desired characters, though Nintendo chose to keep the results at the time a secret. His combat style is based around his moveset in the original Kingdom Hearts, giving him a grounded and aerial 3-hit combo using the iconic Keyblade. Read up on Sora's full moveset here. Along with powerful strikes, Sora has access to a range of spells from the series which are bound to his B inputs.

Sora’s outfit design changes depending on the player slot he’s used in, alternating between Kingdom hearts titles across all positions from 1-8. The most unique by far is the Timeless River design used in the player five slot. Details regarding Sora's Final Smash were kept secretuntil the gameplay stage of the presentation. If successful with a swing, Sora sends his enemies through a keyhole to deliver massive damage.

The new stage, Hollow Bastion, is set in the ending stages of Kingdom Hearts. It's a fairly straightforward-looking level at first glance, but as the match runs low on time it'll transform to a new layout featuring gorgeous artwork of several Kingdom Hearts characters. The stage includes nine songs from the Kingdom Hearts series. Sora also comes with a series of spirits based on his design in different games.

Sora will be available from October 18, either  individually as Fighter Pack 11, or as part of Fighter Pass 2 for $29.99 alongside Min Min, Steve/Alex, Sephiroth, Mythra/Pyra, and Kazuya.

It’s been a long journey for Super Smash Bros. Ultimate since its release in 2018, and fans of the series have been building up to the event by thanking Sakurai and the team on social media for their work creating the game.

Along with Sora, the 11th round of Mii character costumes have been revealed. The Smash Ultimate x Splatoon bundle includes a splatoon wig, and Judd hat. On top of that, the Doom Slayer – also as Doomguy – makes his entrance as a new outfit for the Gunner class.  Each Mii Fighter outfit will be available for $0.75 from October 11.

To recap, Sora is the final DLC fighter for Super Smash Bros. Ultimate. He arrives on October 18 with the Hollow Bastion stage to complete the game's roster of more than 80 characters.