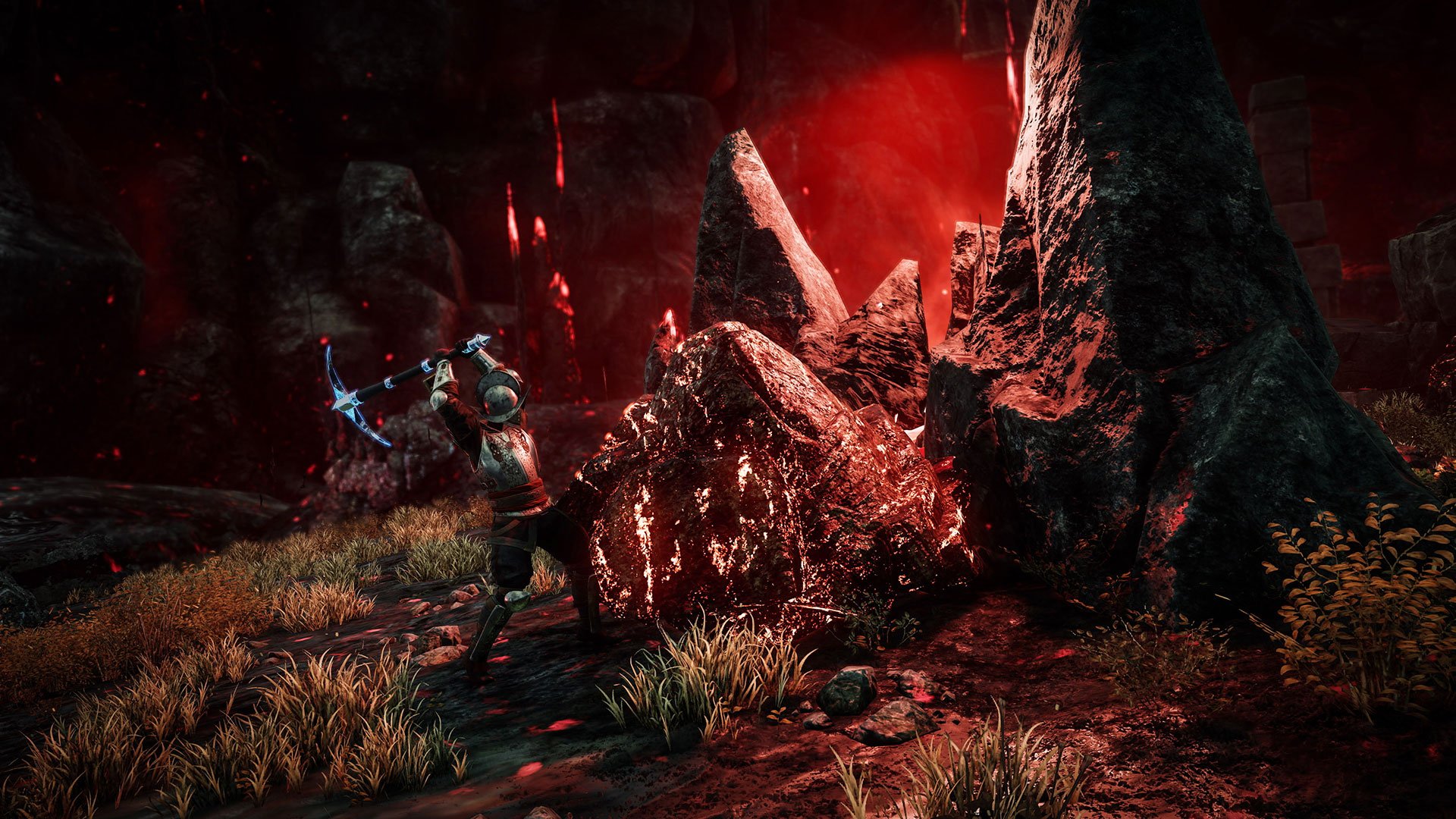 How to get Fae Iron in New World

Feast on the variety of culture and experience this Hispanic Heritage Month with 7 games that display it best.

Fae Iron is one of many resources you’re going to spend an awful lot of time harvesting in New World. Or we should say, attempting to harvest, as you’ve only got a chance of obtaining it. We’ll explain how to get Fae Iron in New World below, while also offering some useful information on the best ways to improve your drop rate.

How to get Fae Iron in New World

You can get Fae Iron in New World by harvesting Iron Veins. These are scattered all over the map, with the large clusters found in the southern region in the locations shown above and below. (thanks to newworld map). Mining an Iron Vein typically rewards with regular iron, but you have a very small chance to get Fae Iron instead. You’ll need at least a flint mining pick before you can get to work, so if you’re still early in your New World adventures, we’d recommend mining iron normally, as you’ll slowly get Fae Iron as a byproduct.

However, there is a way to increase the chance that you’ll get Fae Iron from each Iron Vein. The Mining Luck perk offers a boost to the odds of obtaining rare items while mining, but increasing it via your gear is a slow process. Fortunately, you can also eat certain foods to temporarily boost your Mining Luck to a much higher degree.

Gobbling down meals won’t guarantee that you get Fae Iron in while you’re out hitting those ore veins, but eating them will improve the drop rate significantly. If you’re aiming to farm Fae Iron quickly, whip up some dishes in advance.

That’s all there is to know about how to get Fae Iron in New World. Farming it is slow progress, but you can make it a touch easier if you get cooking first. Looking for Rivercress locations? We've got them covered for you as well.