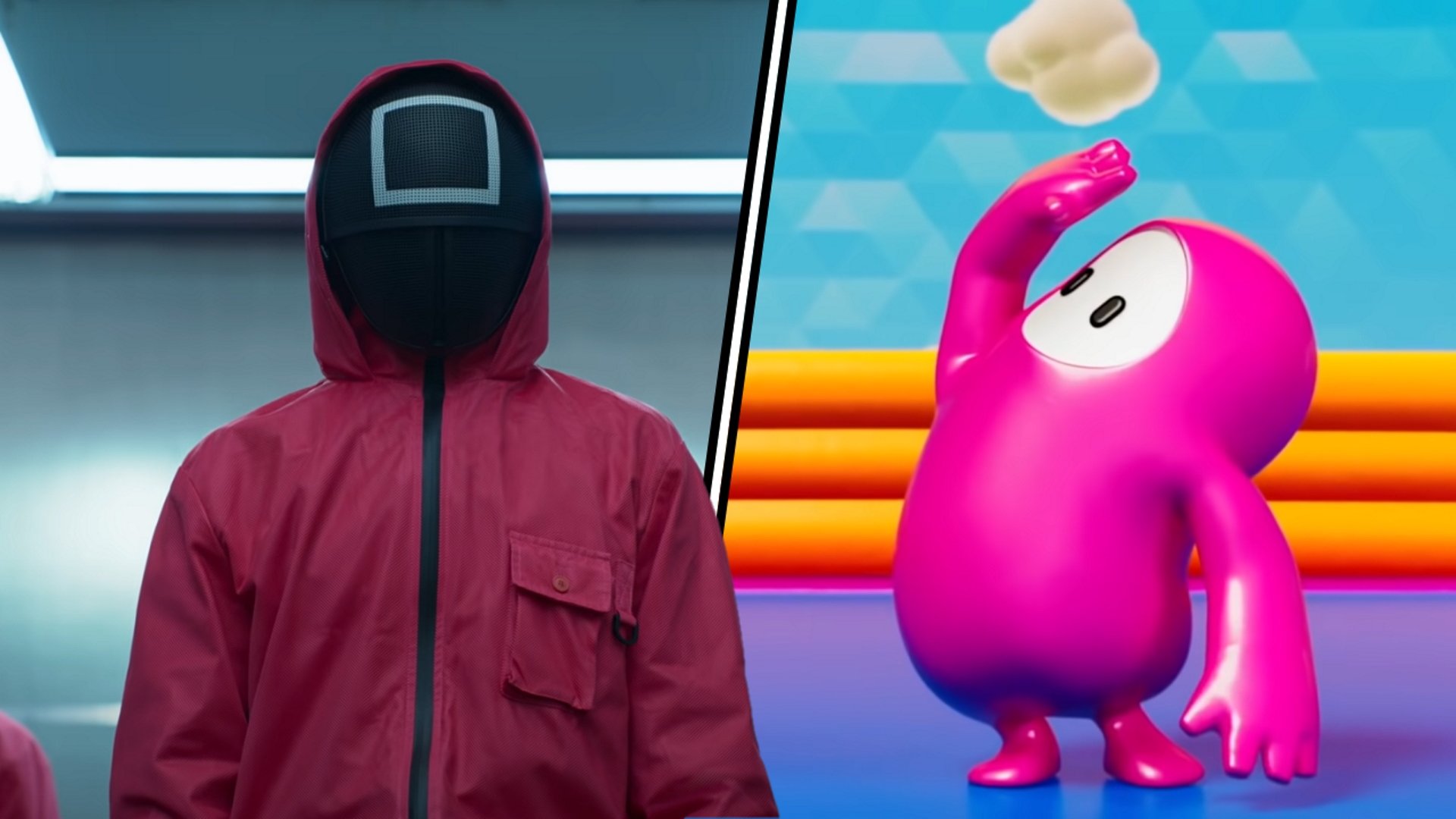 This wasn’t the gaming comparison we were expecting. With a name like Squid Game, you’ll have to forgive us for assuming that Netflix had dropped Splatoon into its ever-growing pile of video game adaptations. Nintendo's squid-kids are certainly capable of delivering a cross-map headshot or two, but Squid Game’s arenas are typically splattered with a more sanguine color of liquid.

The show of brutal life-and-death competitions has exploded in popularity since its release earlier this month. The concept – while clearly taking major inspiration from the original Battle Royale film and novel – will already ring a few bells for video game fans. 456 desperate people are thrust into a brutal series of childrens’ games. The winners stand the chance of earning life-changing money, but the losers will pay with their lives.

There’s been plenty of discussion to be held over Squid Game’s characters, fiendish challenges, and the social commentary of its set up. Yet we can’t can’t stop thinking about the unsual video game comparison staring us in the face: Squid Game is basically just Fall Guys.

Think about it – hundreds of players submitting themselves to a gauntlet of minigames, all in the desperate hope of claiming a prize that but a few will ever touch. That tantalizing glimmer of that crown in the distance is enough to trick us into believing that maybe, just maybe, this time it could be us.

Squid Game’s stakes of impending debt, prison sentences, and violence might seem a notch higher, sure, but what do we really know about Fall Guys’ bean hordes? What led them to hurl their bodies willingly into the spinning blades of gigantic fans? Which past mistakes are they running from as they scramble upwards from the toxic slime scalding their heels? We may never know the dark truth of the Fall Guys universe, but developer Mediatonic certainly hasn’t been shy about teasing the more unsettling side of its ostensibly cheery competition. The official Fall Guys Twitter account isn’t above acknowledging the connections, either.

We’ll avoid spoiling many of the games for those that haven’t seen the show yet, but the first episode’s Green Light, Red Light race wouldn’t be out of place in Fall Guy’s ever-expanding minigame catalogue. You know, excepting the creepy, motion-sensing doll and deadly snipers waiting to put a bullet through anyone who steps out of turn. Add a colorful splash of paint and replace those snipers with fruit cannons and you’ve got the perfect concoction to cull those over-eager first-round fallers.

You can’t tell us that Fall Guys doesn’t have strong characters either. The newbies are evident from their early battle pass skins, and seasoned players will know to spot a bad bean from a mile off. You picked that boxing outfit for one reason and one reason only – you’re planning on playing a filthy grabber.

It does beg the question, when are you going to see a mature take on the minigame format? Fall Guys is brilliant, but a macabre twist on Mario Party certainly wouldn’t go amiss at a house party.

The closest games we can think of come courtesy of fan-made creations of the distant past. Back in the heyday of Warcraft 3, custom maps shared online like Uther Party pitted players in brutal – and often hilariously bloody – minigame showdowns. Musical chairs is an awful lot tenser when you’re scrambling to grab an invisibility cloak that’ll hide you from the rampaging ent about to bash your skull in. The appeal for this kind of nonsense hasn't faded, either, with fans already recreating the show's rounds within toolboxes games like Roblox.

As with many of our favorite game types, the battle royale genre was born from modding, and Fall Guys has proven just how adaptable the format can be. Here’s hoping the years ahead offer us plenty of minigames, some more murderous than others, to delight in.